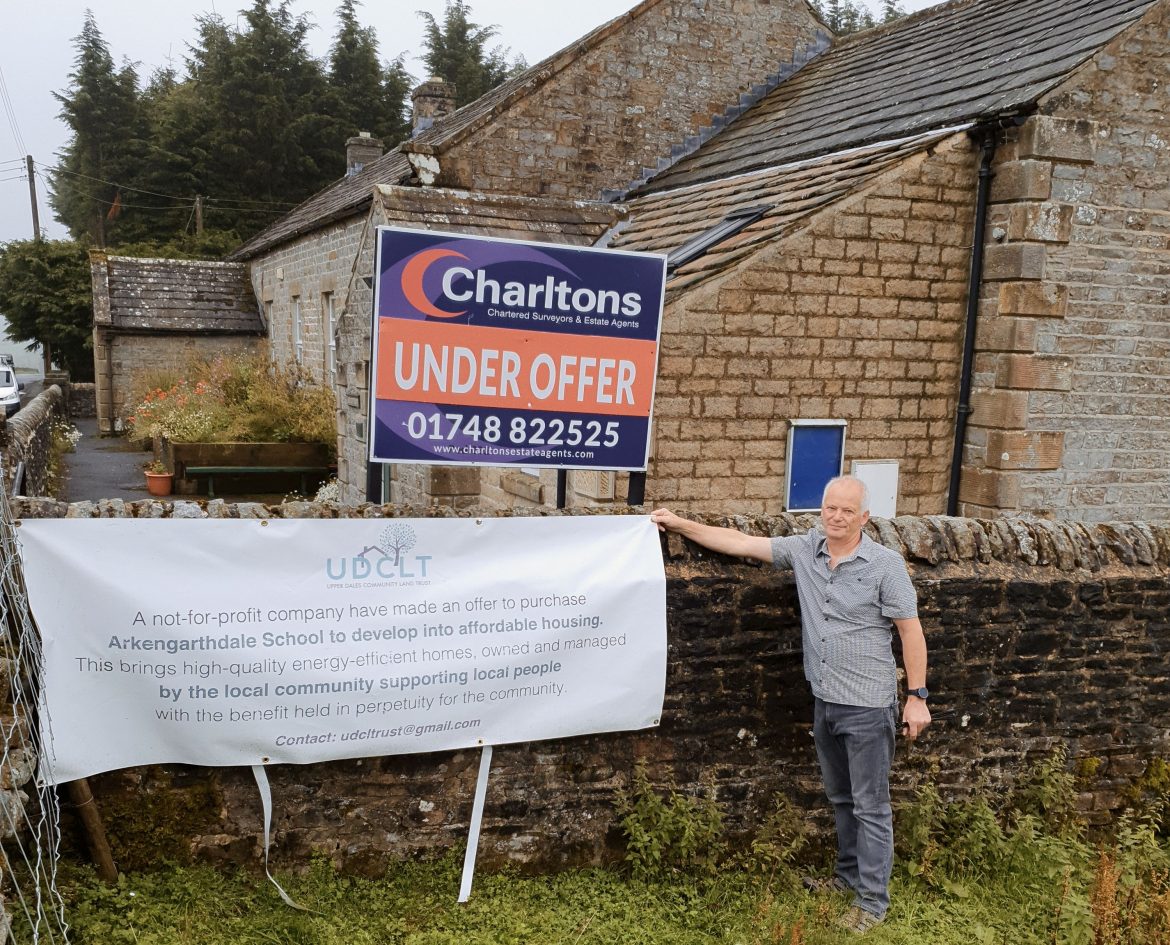 The Archbishop of Canterbury has admitted he is powerless to stop a former Church of England school being sold to a private developer instead of a non-for-profit charitable land trust.

Arkengarthdale School in North Yorkshire, which closed a year ago after pupil numbers fell to just five, has been sold on the open market for £185,000 for private development, with church officials accepting the higher private bid over the lesser bid of the Upper Dales Community Land Trust (UDCLT).

The UDCLT asked the Archbishop to intervene after its £150,000 bid to buy Arkengarthdale C of E Primary School to create new affordable housing – three two-bed and one one-bed home – for young families was rejected.

Parochial Church Council members were told they had no option but to accept the higher bid under charity law.

In a response to the Trust on Archbishop Justin Welby’s behalf, Lambeth Palace said: “The Archbishop is indeed concerned about the availability of suitable affordable housing,

“The Commission will look into various issues around housing and examine how the Church might use its land and resources to contribute in this area.

“This will include consideration of the current legal duty to maximize profits, among other relevant matters.

“Unfortunately, the Archbishop is unable to intervene in this situation, as this is a matter for the parish and the diocese outside of his jurisdiction.”

At the launch of the Archbishop of Canterbury’s commission last year to examine the housing crisis and communities, it was stated: “We have land and resources that can be used to help meet the need for more affordable housing.”

The Trust has the backing from Chancellor Rishi Sunak, the area’s MP; the Yorkshire Dales National Park Authority; and Richmondshire District Council, which pledged the £150,000 through the government’s affordable housing fund.

Stephen Stubbs, chair of UDCLT, said: “We are morally justified in our case and appealing for diocesan officials to reconsider. We have received offers of support which would allow us to match the offer.”

Arkengarthdale School was acquired for £325 in 1933 from a retired Colonel, and a condition attached to the deeds stated that the proceeds of any future sale should be used for ecclesiastical measures in the parish.

“What will the Church spend £185,000 on?” added Stubbs. “According to the deeds it has to be spent in the parish. The most pressing need in Arkengarthdale is affordable housing for young families.

“There is a lot of interest in what we are doing, and I remain hopeful that we will find a solution that will provide a blueprint for other communities faced with the daunting challenge of providing affordable housing, rather than being held up as yet another example of a community being undermined by the narrow interests of a few.

“The Trust is formally registering as a charity, with the hope that this will free the Church from constraints it says forces it to sell to the highest bidder.

“If the Church refuses to reconsider the sale, the Trust will ask for a large donation from the proceeds to be used to provide new-build affordable homes in the parish.”