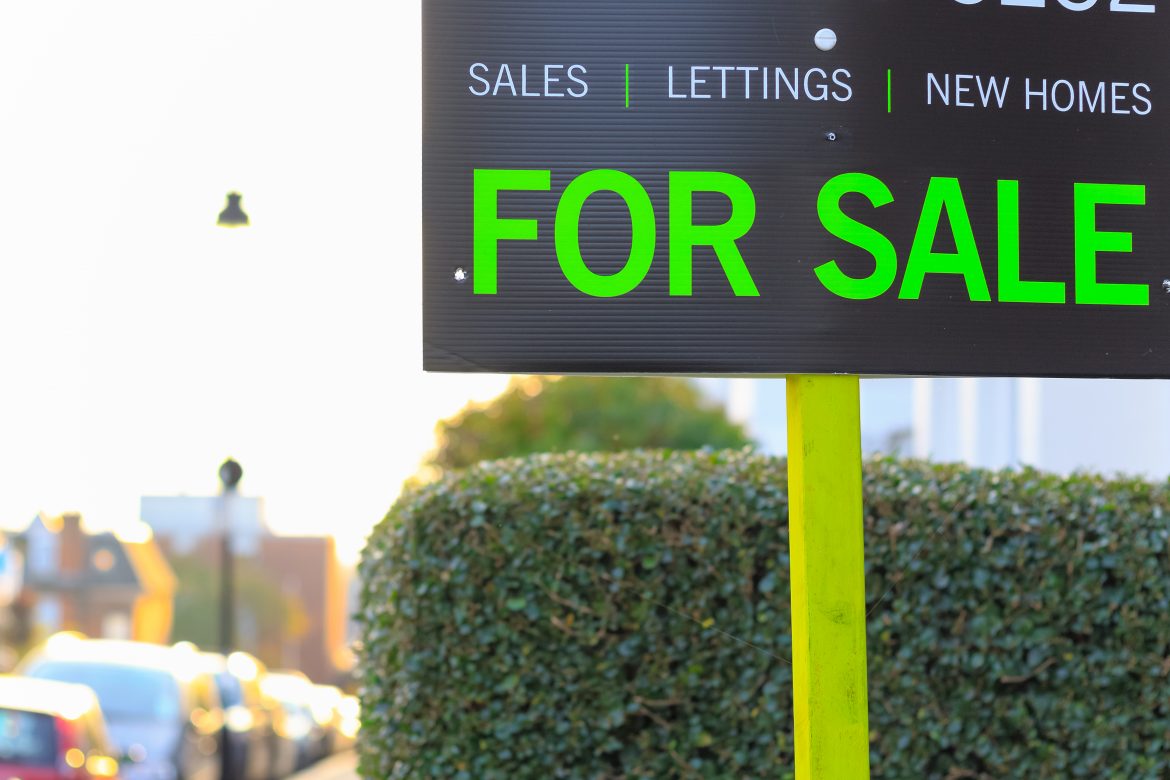 The average asking price of a home coming on to the market in the UK has hit a record high, according to property website Rightmove.

And for the first time ever, estate agents are listing more homes as sold than they have for sale.

It is the latest in a string of reports showing a booming housing market fuelled by a temporary stamp duty holiday and a so-called ‘race for space’, as households reconsider their lifestyles during the Coronavirus pandemic.

Rightmove said homes were changing hands faster than ever, leaving agents with more properties sold than available for sale.

However, it said there were signs activity levels are slowing down. In September, for instance, the number of sales agreed was up 70% year on year, but the figure has fallen to 58% in October.

Still, Rightmove said that its forecast of a 2% rise in asking prices made in December 2019 now looked “too timid” and that it was revising its estimates for 2020 to 7%.

Rightmove’s data shows that average asking prices have risen for all types of homes, but that the biggest monthly move has been in ‘top of the ladder’ properties – typically detached homes with four beds or more.

In England, where the stamp duty holiday applies to properties costing up to £500,000, these are homes where buyers will benefit from £15,000 in tax savings.

Tim Bannister, Rightmove’s director of property data, said: “Prospective buyers are seeing properties selling fast and prices rising as they search for their next home, adding to momentum and spurring them on to act quickly.

“With the number of buyers contacting agents still up by two-thirds on a year ago, there is plenty of fuel left in the tank to drive further activity in the run-up to Christmas and into next year.”

Top of the ladder

Separate figures from Savills also showed strong activity at the top of the housing market, with a rise in sales of homes costing £1m or more.

An average of 868 £1m-plus sales have been agreed each week across the country since the beginning of June – 66% higher than the weekly average over the same period in 2019 – data from Savills and agency TwentyCi show.

In London, however, travel restrictions appeared to have hit overseas demand for homes in upmarket neighbourhoods such as Kensington and Chelsea, Westminster, and Camden, as sales of £1m homes in these boroughs were down by 10% for the year.

Sales were up in areas of the capital where money buys more space, and as a whole the city recorded 4% more high-end homes changing hands than in 2019.

Lucian Cook, Savills’s head of residential research, said: “Lifestyle relocation has been a big theme in the market since lockdown began to ease, and this is very clearly reflected in the numbers.”

“That said, recent evidence suggests fewer high-value homes are now coming to the market, suggesting we may be hitting a high plateau,” he added.

Read next: Wates to deliver 1,500 sustainable homes in Cardiff