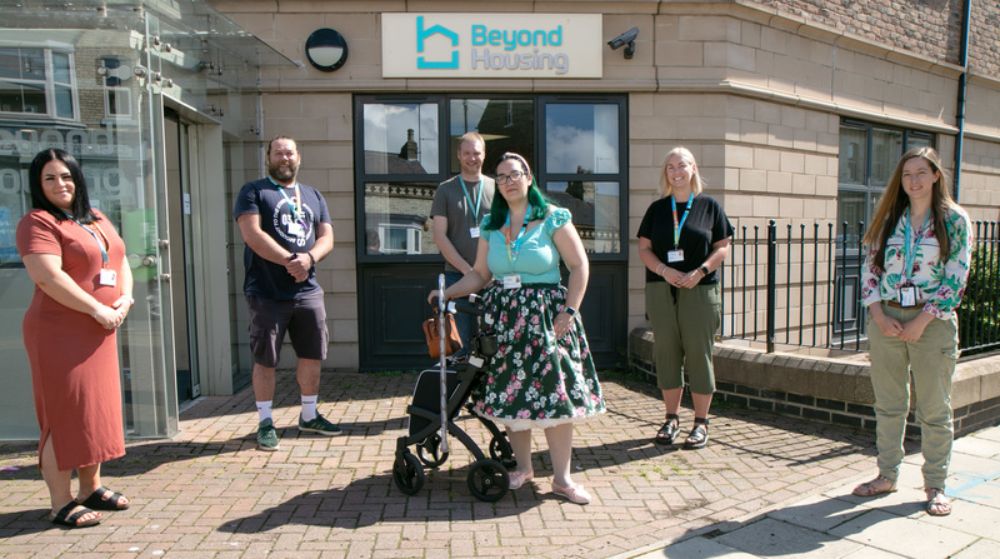 The National Centre for Diversity has recognised Beyond Housing as part of its Investors in Diversity accreditation.

The housing association provider undertook an audit of its culture and created an action plan based on the centres FREDIE model: Fairness, Respect, Equality, Diversity, Inclusion and Engagement.

Following an independent assessment, Beyond Housing was awarded the accreditation, which lasts 24 months.

The report from National Centre for Diversity said: “Beyond Housing’s approach provides safe and suitable housing for its customers and enables vulnerable people to live in a good home with the right support to put them on the path to employment, community integration and independent living.”

It also said: “In focus groups, there were women in roles traditionally held by men.

“Their success could helpfully be used in case studies to highlight opportunities in non-traditional areas.

“Similarly, in roles which are heavily dominated by women, thought could be given to any barriers (including perceptual) in men applying for and occupying these positions.”

Quotes from people in the report included:

Rosemary Du Rose, chief executive of Beyond Housing, said: “Culture is incredibly important at Beyond Housing, and it is imperative that every colleague and customer feels included, regardless of their race, gender, sexual orientation, gender identity, age, religion or disabilities.

“We are delighted to have achieved this prestigious accreditation, as it demonstrates our commitment to being a diverse employer and a supportive and caring housing provider.

“We appreciate that there is still work to do, and we thank the team at the National Centre for Diversity for its support in developing a robust action plan, so that we can keep evolving as an organisation.

“The world is changing, and we want to ensure that everyone we interact with feels included by our policies and culture.”