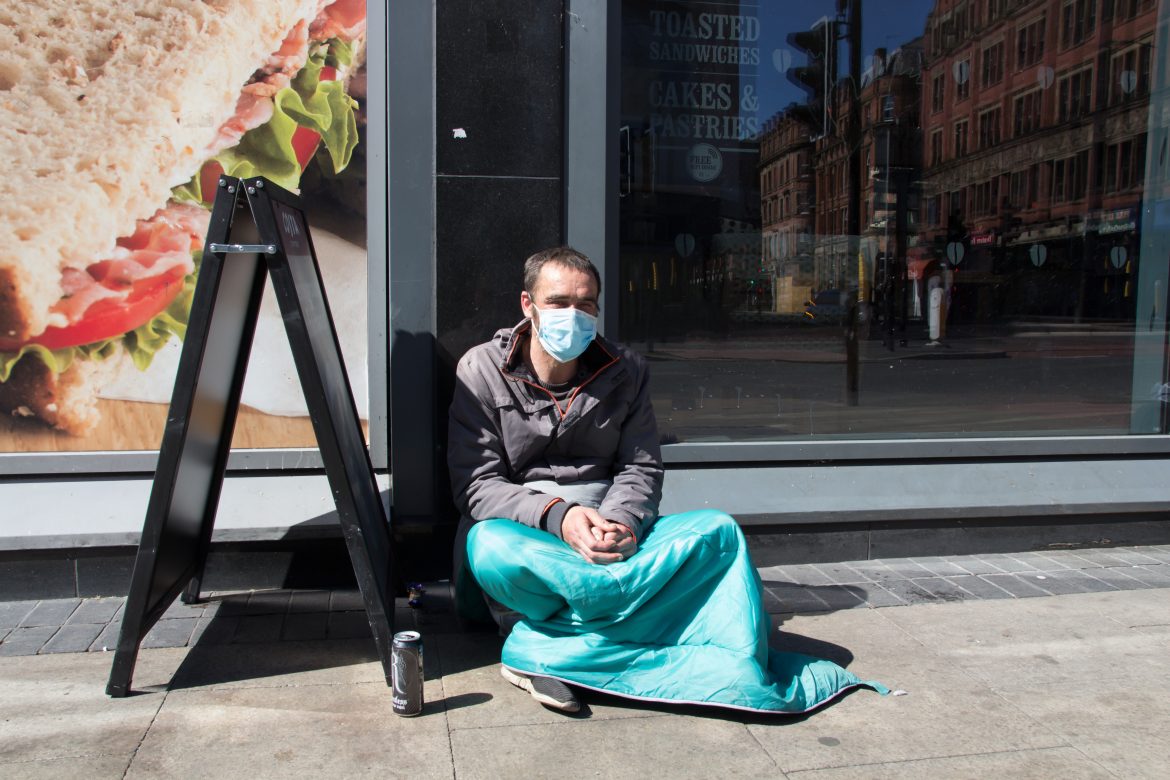 With the ban on evictions in England due to end next week, Burnham said a “perfect storm” was ready to unleash a huge rise in homelessness in Manchester as the Coronavirus crisis continues.

In a letter to Housing Secretary Robert Jenrick, Burnham and the mayor of Salford, Paul Dennett, called on the government to urgently consider extending the ban until more support could be deployed to help struggling renters.

As many as 7,200 households across the Greater Manchester area were in rent arrears and at heightened risk of losing their homes, the combined authority said, adding that the number of people claiming unemployment-related benefits had shot up by 88% since the start of the COVID-19 crisis.

The combined authority said that the impending crisis could dwarf the current numbers of homeless people it was already working to support, adding that the city region was dealing with “numbers which are already stretching our services to the bone”.

Burnham and Dennett wrote: “Unless rapid and decisive action is taken to avert the crisis, and increase the capacity to prevent avoidable impacts, we fear that homelessness could return to the streets of Greater Manchester on a scale not seen since the 1930s.”

The Greater Manchester combined authority has also urged the government to find a way to write off rent arrears caused by COVID-19.

In addition, it called for an end to the government’s benefit cap, which sets a limit for the amount of money claimants can receive; an increase in housing benefit; and more funding for local authorities to support homeless people.

A spokeswoman for the housing ministry said: “We will give appropriate support to those particularly affected when proceedings start again and we have changed court rules so landlords need to provide more information about their tenants’ situation when seeking an eviction – with judges able to adjourn a case if they don’t.”

The call from Burnham comes as Britain’s economy deals with the deepest recession since modern records began and unemployment rises across the country.

MPs and housing charities have warned that as many as 230,000 people face having to leave their homes when the government lifts the ban on evictions in England and Wales.

While England is due to lift the evictions ban next week, the Scottish government has outlined plans to extend its ban on evictions by six months.

Read next: Homeless people to get ‘vital’ phones in digital drive