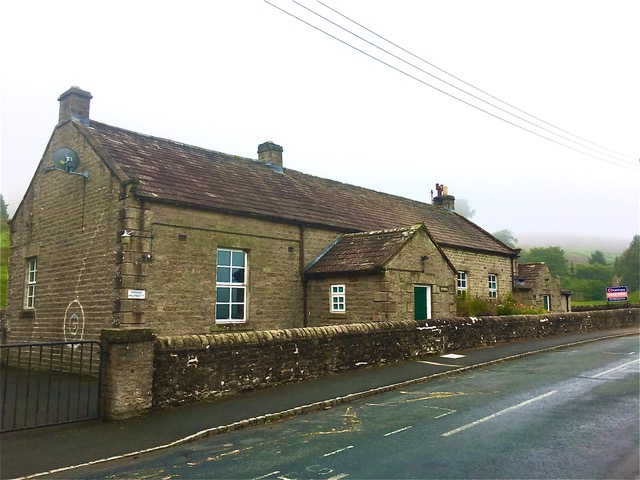 A not-for-profit organisation in North Yorkshire has accuses the Church of England of withholding vital information that it says could have paved the way for the construction of affordable housing.

Members of the Upper Dales Community Land Trust said representatives of the Church did not inform them in advance of a provision that would have allowed them to undercut other bidders for the Arkengarthdale School site.

In an open letter, the Trust is calling on the Bishop of Leeds, the Rt Rev Nick Baines, to block an agreed sale to a commercial developer on the basis it should have been informed in advance that it needed to register as a charity.

The letter reads: “Was it not incumbent on the Church, with benevolent aims and legal expertise, to give us advance notice of potential obstacles? Or was maximum profit the mission all along?”

Members of Swaledale with Arkengarthdale Parochial Church Council (PCC) were instructed they were legally bound to accept a £185,000 bid from a commercial developer for the school, which was forced to close after pupil numbers fell to five.

The Chancellor of the Exchequer Rishi Sunak, the local MP, has called on the Church to reconsider the decision, which the Archbishop of Canterbury has admitted he is powerless to change.

Rev Caroline Hewlett, the local vicar, has claimed they had gone “round and round” to find ways of selling to the Trust at the lower price of £150,000, the amount pledged by Richmondshire District Council from the affordable homes fund.

But the Trust said the PCC only let it know that it could have sold to a registered charity for a lower price once its members had voted to accept the highest offer on Church lawyers’ advice.

In an email sent to the trust, Andrew Bedford, vice chairman of the PCC, said: “The PCC were made fully aware of the fact we could sell to another charity with purposes the same or similar, but not narrower, to our own, at less than best price.

“UDCLT are a not-for-profit company not a charity, although you hoped to become one in the future, so this option was not available to us.

“Having charitable aims doesn’t make a company a charity. We therefore had to sell for the best price.”

He added that it would be “morally wrong” to abort the sale “at this late stage”.

Stephen Stubbs, chairman of UDCLT, has called on Bishop Baines to review the case, reconsider the Trust’s offer, and reveal the intended use of any proceeds from the sale of a property bought for £325 in 1933 for the benefit of parishioners.

He said: “Why did the Church rush through this sale rather than give us time to register as a charity? Where there’s a will there’s a way, except where money is involved it would seem.

“We would have been willing to pay for the upkeep of the premises in the few months it would take to register as a charity. It makes all their grand expressions of concern about affordable homes in the community appear empty rhetoric.

“The extra £35,000 they made on the deal is a drop in the ocean compared to the reputational damage it is doing to the Church of England.

Stubbs continued: “Where is the morality in allowing the sale to proceed without providing us with vital facts and against the wishes of the community?

“The court of public opinion is already considering whether the Church has practised what it preaches in this case, and the indications point to a damning verdict.”

The office of the Archbishop of Canterbury, who has set up a commission in response to the housing crisis, suggested the Trust take the case up with the Leeds and Ripon Diocese.

Bishop Baines, Diocesan head, told the House of Lords in April 2016: “My diocese covers vast and diverse rural areas. The issue that is constantly raised by those who live there is affordable housing for their children.

“If we end up with small rural communities without young people in them, which in some cases is what is happening, we will have a problem 20, 30, 40 or 50 years down the line.”

Campaigners in Arkengarthdale made a plea to secure the school for affordable housing earlier in the summer.

They said their proposal would create “much needed” affordable homes that would help sustain the local community.