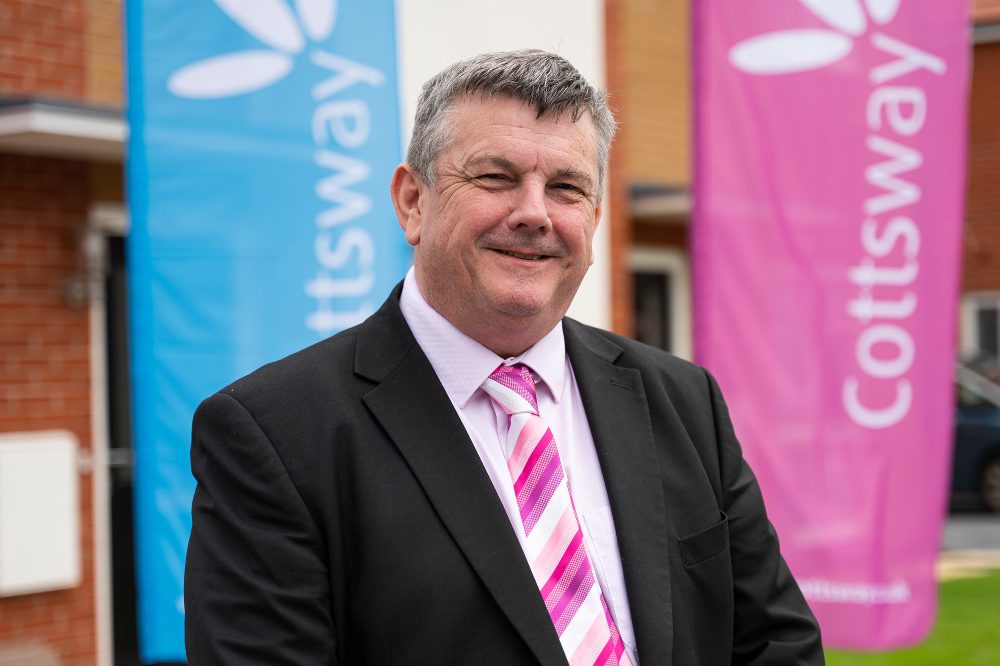 Richard has been acting chief executive since March, following the sudden passing of Vivian Rosser, and has now been appointed by Cottsway’s board to the position on a permanent basis.

He is a qualified accountant (ACMA) with over 25 years’ experience and a financial background across a diverse range of industries, from quarrying to retail and printing.

Richard worked in the housing sector heading up strategic finance for another housing association for four years prior to joining Cottsway and has held board-level roles in the private sector.

Andrew Hall, chair of Cottsway’s board, said: “We are pleased to announce that Richard Reynolds has been appointed as Cottsway’s new chief executive following a full and thorough recruitment process.

“Richard has a wealth of experience and achievements both here at Cottsway and from his previous career roles.

“We are confident that he is the best person to lead Cottsway – not only as we navigate through the current economic and geo-political challenges, but in the future as we continue to develop more new homes for people in housing need while delivering high-quality services for all our customers. We wish him all the best.”

Richard said: “I’m delighted to have been appointed as chief executive and it will be an honour to lead the organisation.

“It has been a privilege being here for the past seven years, seeing the dedication and commitment of staff and gaining an understanding of the important impact of our work for our customers and communities.

“Cottsway is in a strong, robust position with the highest possible ratings for governance and viability from the Regulator of Social Housing.

“We have a clear vision for the future, putting customers at the centre of all we do, and I am excited for the challenges that lie ahead.”

Cottsway is West Oxfordshire’s largest housing association, with over 5,100 homes and more than 12,000 customers in the district, as well as in Gloucestershire, Wiltshire, and Worcestershire.