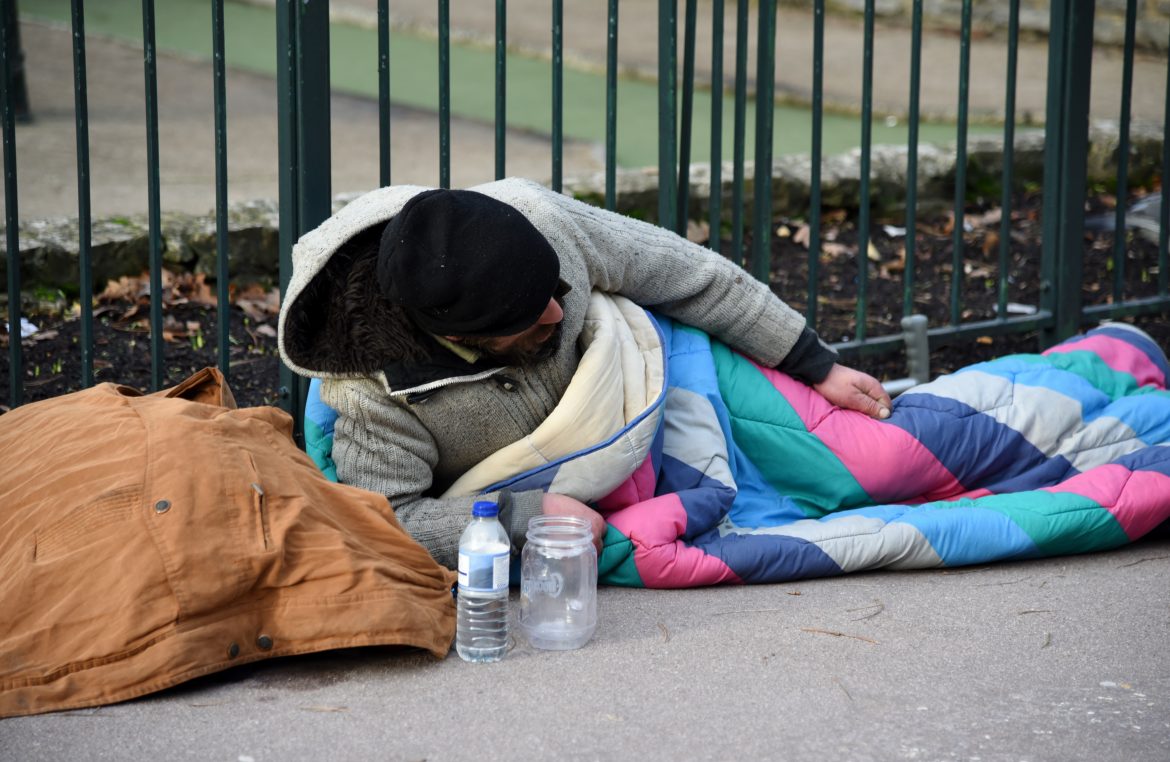 An attempt by Conservative politicians to push through proposals to fine homeless people for rough sleeping in doorways has been unanimously rejected, it has been revealed.

Tory councillors in Bournemouth, Christchurch, and Poole (BCP) argued that a tough regime is needed to ease resident concerns and help boost the local economy – but the suggestion was shot down after an outcry from people all across the country.

On Wednesday, the cabinet of the local authority, BCP council, which is controlled by an alliance of other parties and independent councillors, strongly criticised the idea.

The council’s leader, Liberal Democrat Vikki Slade, said she had been contacted by people from across the country asking her not to follow the plan.

A petition signed by more than 6,000 people – many from outside Dorset – was also delivered.

Slade said she had now asked council officers to look at whether lockers could be provided for rough sleepers to store bedding during the day and to examine how other areas have tackled “professional” beggars.

Slade said: “What we are trying to do is treat people as humans and not as vermin, which is the way we have been perceived.”

The rejection of the rough sleeping proposal comes amid a plan for a public spaces protection order (PSPO) taking in the three towns.

Earlier this year, BCP officers conducted a public consultation and put forward a proposal to ban behaviour such as drinking alcohol in public while acting in an antisocial manner and causing harassment, alarm or distress.

But at a meeting of the council’s overview and scrutiny board in August this year, Tory councillors claimed the measures needed to be stricter.

They argued that begging, loitering in a public place, causing an obstruction in shop doorways or car parks, and leaving personal items such as bedding unattended should also be included.

Six Tory councillors and one independent backed the idea of the stricter regime and put it forward to the cabinet.

At Wednesday’s meeting, Tory councillors said their rough sleeping proposal would allow enforcement officers to engage and help homeless people, and that fines or prosecutions were only meant as a last resort.

The Tory chair of the overview and scrutiny board, Philip Broadhead, said the aim of the scheme was to tackle antisocial behaviour.

“Nobody wants to target homeless people or rough sleepers,” he said.

Broadhead argued that a scheme similar to the one the Tories had backed for the three towns had worked in Poole.

“It would be silly to water down the enforcement abilities,” he said.

Yet independent councillor Kieron Wilson said the measures discriminated against some of the area’s most vulnerable people.

He said: “Fining those who have nothing is not only extremely harsh, it is a distraction from solving the actual problems we as a conurbation and a country face.

“We are in a crisis that needs solving with social housing.

“With some of our more vulnerable residents we need patience and persistence – unacceptable behaviour should be punished but being without a home should not.”

During the meeting, Lib Dem David Brown said that when the Tories were in power in Bournemouth, they had bagpipe music piped in at the station and introduced bars on benches to deter rough sleepers.

He said: “Those were obnoxious steps to take. They targeted homeless people and damaged the reputation of Bournemouth.”

The cabinet voted unanimously against the Tories’ PSPO proposals and asked officers to launch a consultation on the lesser measures that had originally been put forward.

Main image: A homeless man lies on a Bournemouth street, 2018