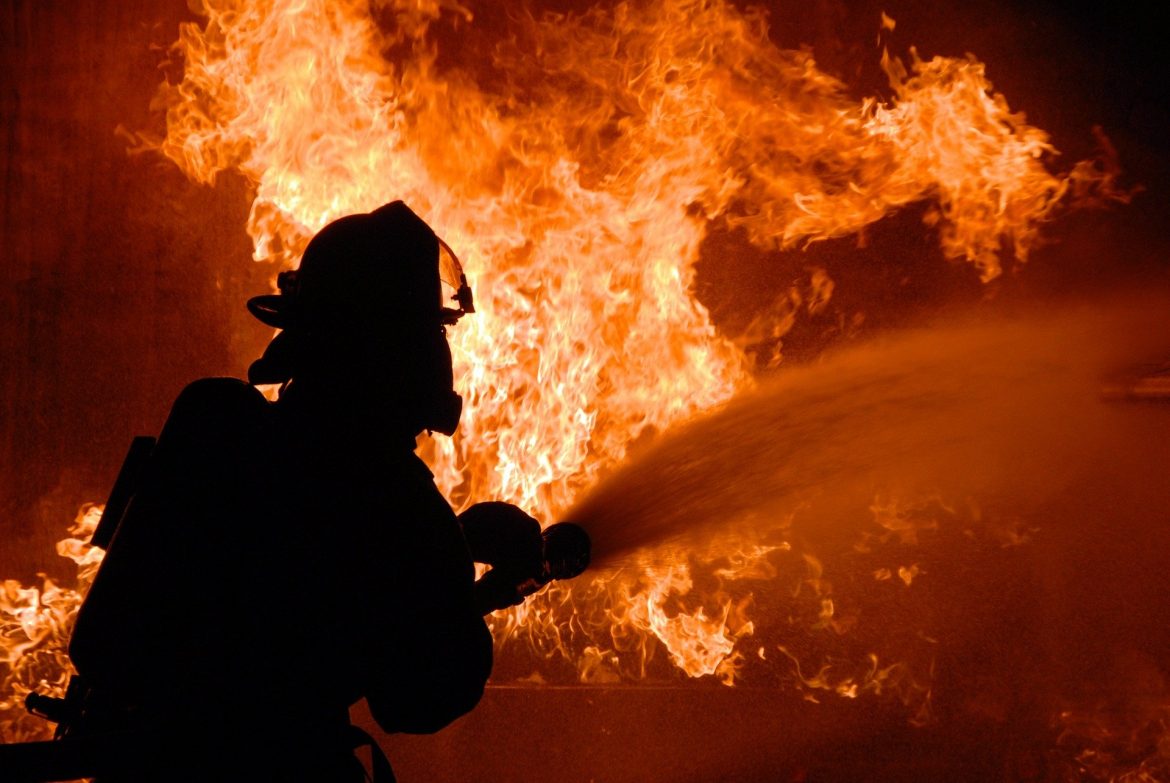 Around 26 residents have fled their homes in East London after a fire tore through a row of shops late last night.

About 100 firefighters were called to the scene in Forest Gate, Newham, around 10:30pm last night as the blaze threatened nearby homes.

In total, 15 fire engines from 13 different stations pulled up at the scene, including aerial crews.

The fire erupted in a mid-terrace shop in Sherrard Road in Forest Gate before spreading through four neighbouring premises and two flats.

London Fire Brigade (LFB) said it had brought the blaze under control shortly after 3:00am this morning.

Images being shared on social media show plumes of red smoke billowing from a row of shops.

“The fire spread through several old shop premises and was difficult to gain control of due to it spreading in different ways,” an LFB spokesman said in a statement.

“A range of equipment has been used to tackle the fire, our crews have used breathing apparatus to carry out searches of all of the premises and we used our aerial appliances to observe from above.

“We also used our drone to gain a better view of the fire.”

The cause of the Newham fire is currently being investigated by the LFB and police.

One man has been treated by firefighters for smoke inhalation.

There have been no reports of casualties.

Read next: Grenfell Inquiry hears of email clashes with council over fire prevention