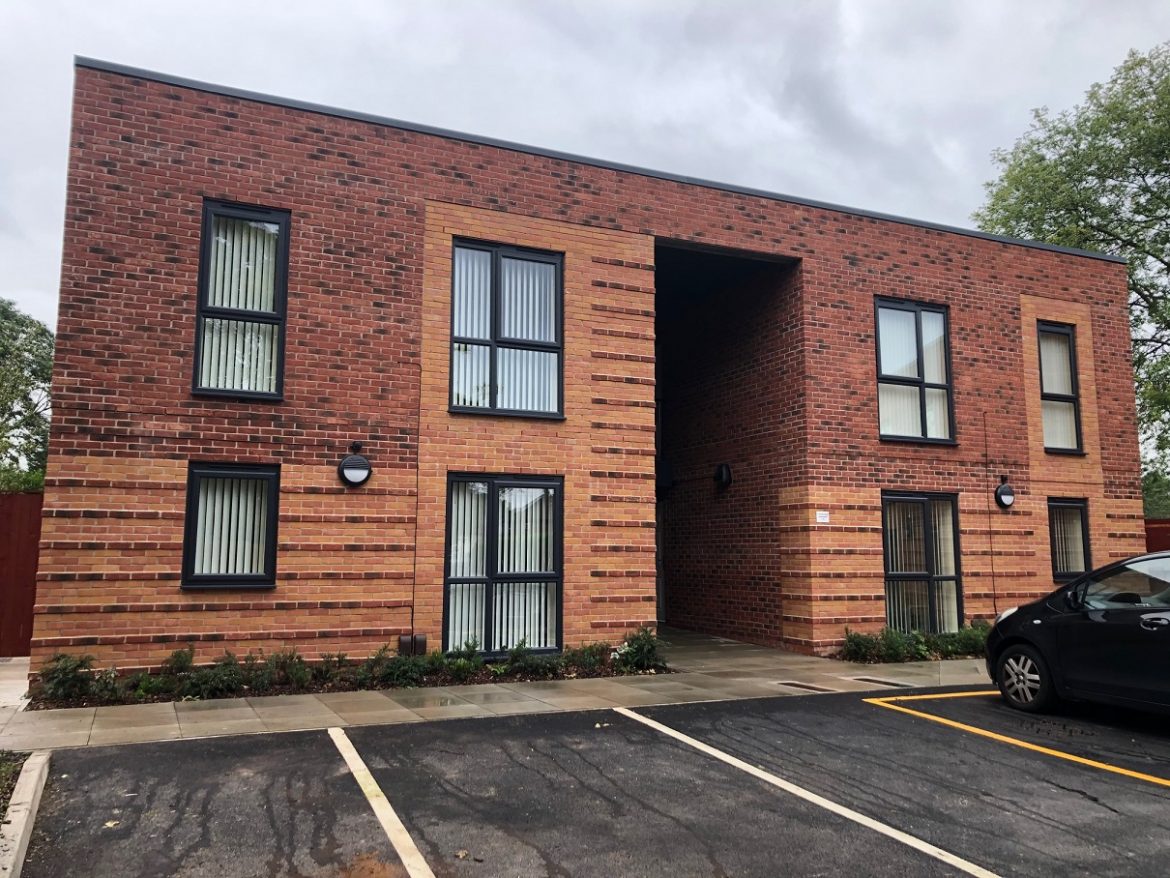 People from across Salford who were facing life on the streets have been able to move into new homes due to the completion of a new ForHousing housing scheme.

The Salford-based landlord has concluded its development of 15 one-bedroom apartments at Somerset Road, all of which have been designed for people who need an opportunity to rebuild their lives after finding themselves with nowhere to live.

The homes are furnished and low-cost sub-social rent – with wifi and bills included.

ForHousing says all tenants are allocated a dedicated support worker and given guidance to link them into employment and training.

ForHousing has worked with Salford City Council on the development, with the local authority helping to select people in the most need to move into the homes.

The Somerset Road scheme is part of a wider £3.9m project that will eventually see ForHousing build 39 homes for people facing homelessness in Salford.

Earlier this year, the landlord handed over the keys to tenants on a similar development in Haddon Road – work on a 12 more homes at Vicars Street is set to be completed later this year.

28-year-old Chelsea was among the first to move in.

Chelsea had a troubled childhood, with problems starting when her parents ended their relationship. Throughout her school years, she struggled with behavioral problems and a lack of focus, which got worse the older she got.

She had been involved with the police, psychologists, and crisis teams, until she was finally diagnosed with Asperger’s Syndrome and ADHD.

Chelsea had been staying with her dad and step-mum, but this wasn’t a long-term option for her. She’d been waiting for two years to be allocated a home, so when she got a call from ForHousing offering her a flat at Somerset Road she was overjoyed.

Now, Chelsea is receiving support to manage her tenancy and says she can plan for her future.

“I was really excited and happy when I found out I was going to have my own flat – everything has turned itself around,” she said.

“I’m going to be more mature and independent now. I want to do well and chase my dreams – I just need a bit of help then I’ll fly away and do what I’m meant to be doing in life.”

Councillor Tracy Kelly, deputy city mayor and lead member for housing, said: “It is wonderful to see Chelsea settled in her own home, and I wish her every success with her ambitions.

“These kind of schemes, which provide extra support and offer affordable homes, are very much needed, and I’m proud to see them in Salford.”

ForHousing secured a grant of £1.46m from Homes England toward the scheme, which was designed by JDA Architects and built by Bridgestone Construction.

Colette McKune, group chief executive at ForHousing, said: “Having a stable place to live builds a strong foundation for people’s wellbeing, enabling them to stay safe, rebuild their lives, and flourish.

“We are delighted to be working with Salford City Council and other partners on this scheme at Somerset Road, which will improve lives for people across Salford.”

ForHousing owns and manages more than 24,000 homes and delivers housing management services for other landlords.

It is part of the ForViva Group.

Main image: Some of the new homes ForHousing has developed for people who’ve struggled with homelessness