Governance: The changing face of leadership 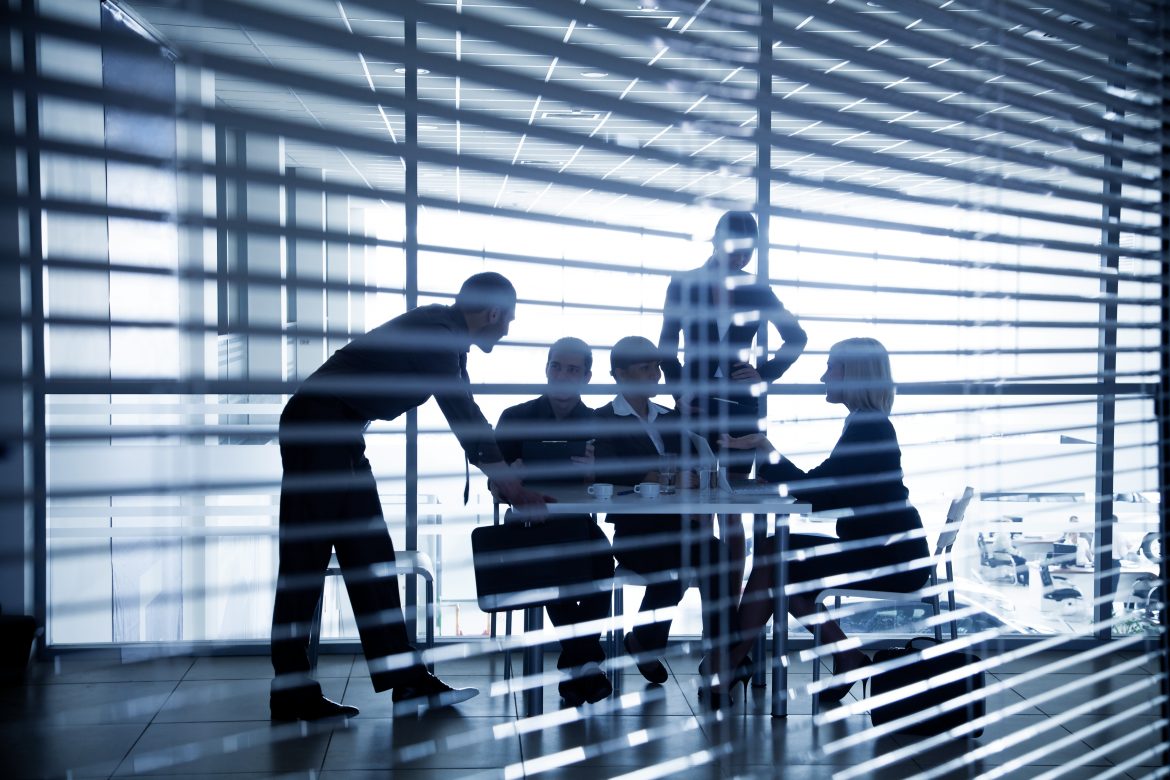 After almost a year since the pandemic first took hold, is it time for boards and executives to take time out and reflect? Perhaps to reassess their relationship with one another and the way in which their organisations are run? To try and get some answers, Housing Digital sat in on a Golden Marzipan virtual roundtable attended by some of the sector’s most prominent voices

There is not one part of the housing sector that hasn’t been touched by the pandemic. Whether it’s IT or repairs, customer services or procurement, all have been forced to adapt to changing rules and regulations in the name of safety.

Yet, governance is arguably one of the areas that has had to change the most, with leadership styles, virtual management, and the board-executive relationship all undergoing some form of change over the last few months.

But as this roundtable shows, while many organisations share similar experiences of the pandemic, not all of them share the same views on how the board and executive management should change. Or, indeed, if they should change at all.

Roundtable chair Donal Laverty – a consulting partner at Baker Tilly Mooney Moore – begins by positing the pandemic as an opportunity for boards to hit the reset button. To stop, think, and perhaps seek out new avenues to explore.

“I think we’ve got a real good opportunity at the moment to shape what [the future] is going to look like,” responds Paul Roberts, who sits on the boards of both Housing Plus Group and The Regenda Group.

whg board member Gary Moreton agrees. “The green agenda and the environment – I think we can shape that,” he says.

Moreton adds that, part of the reason why he thinks the housing can help drive sustainability, is because the sector is “financially sound”.

“We are much more fortunate than other sectors,” he says, “and the main reason we’re saying that is because we’ve got cash.”

While Gail Teasdale, CEO at North Yorkshire-based Broadacres Housing Association, acknowledges the sector’s financial resilience, she questions whether traditional non-profit housing providers can actually have much of a say in influencing wider policy.

“There are a number of for-profit providers coming in backed by some big city money,” she says.

“I’m not sure they’re going to care about purpose, and they might find it easier to get the ear of certain politicians.”

Teasdale adds: “I suppose we can quietly get on with the real reason we’re here – we can be a driver for economic recovery, we can build, we can invest in our homes.”

However, for Guy Millichamp, a board member of Rochdale Boroughwide Housing, hypothesising about where the sector sees itself in the future is irrelevant – at least at the moment.

He sees two notable roadblocks: a lack of certainty over what’s going to happen in the near future; and a lack of time for CEOs to think ahead because “they’re trying to do so many things at once”.

The first point is one to which Paul Smith, chair of Weaver Vale Housing Trust, provides countenance.

“It isn’t a time for making big decisions because it will cost you in the long run – we don’t really know what the future will bring to us as an industry,” Smith says.

“[But] we do need to reflect and we need to listen…I don’t think we’ve been very good as an industry and listening to our stakeholders.”

“Yes, the execs are busy,” says Laverty, “but now is the time that I suspect the board should work more closely and be more influential to the future of the organisation.

“[Now] is actually a crucial time to put in changes for the long-term.

Now that Laverty has given the attendees something to go away and think about, he throws out another meaty discussion point for the group to get stuck into: Has COVID-19 meant boards are now spending more time on the plan rather than the mission?

“What’s happened [the pandemic] has just shown us how dramatically it can change,” says Jackie Speight, chair designate of Wakefield and District Housing.

As such, says Speight, part of the reflection process needs to be about the skills housing providers have in terms of both adaptability and flexibility.

“Do we have the right skills on board?” she asks.

“Jackie has hit the nail on the head,” says retirement housing expert Steve Secker, who chairs the boards of both Ashfield Homes and York Housing Association.

“It’s that resilience in capacity…the lesson moving forward is making sure we are building in this resilience into how we approach things.”

Meanwhile Matthew Thomas, CEO of Hundreds Houses Society, believes the current crisis we find ourselves in doesn’t necessarily favour the plan over the mission, or vice versa. Rather, it’s drawn attention to the importance of balancing the two so that they work in harmony.

He says that, for 2020 and in light of the pandemic, Hundreds Housing’s corporate strategy has been split into two strands that clearly differentiate the plan and the mission, but which do not pay undue consideration to one over the other.

“This financial year,” he says, “the two objectives are to manage through this position and to reimagine the future.”

Striking the right balance is easier said than done, though, as Thomas can attest, admitting that, at the start of the pandemic, his organisation was focusing “too much” on the present rather than the future.

For Gary Moreton, however, the plan isn’t something that needs to be thought about that much at all.

He adds: “I can’t believe we’re in survival mode – we’ve all got cash…to carry us through the next couple of years.”

Two halves of the same coin

As the discussion rolls on, it becomes clear that the question is not whether a balance should be struck between the plan and the mission, or whether one should be prioritised over the other; but how cooperation between board and the executive should evolve to ensure the best decisions are made – both for the near-term and the future.

It’s a question that begets a multitude of answers.

“With a board hat on, I need reassurance that we were doing it, not how we were doing it,” says Broadacres CEO Gail Teasdale, who used to sit on the boards of both Johnnie Johnson and Leeds and Yorkshire Housing.

She adds: “With my chief exec’s hat on, yes, there were a lot of decisions, but they were very practical decisions.

While Millichamp agrees with Teasdale for the most part, he says the pandemic has placed more emphasis on the importance of correspondence.

“There is a need for more regular communication on what’s happening to provide assurance,” he says, adding that a weekly email worked well for the board of Rochdale Boroughwide Housing.

“We involved the chair on a regular basis, just so they could hear the quality of conversation and then report back to the board to say, you should feel reassured”

For Mike Gaskell, the chair of Leeds and Yorkshire Housing, holding 30-minute ‘catch-up’ meetings every week to touch base with the executive management team did the trick.

“It was for them to say, look, this is what we’re doing, do you think that’s the right thing?” he says. “And that’s how it was.”

As a result, Gaskell says Leeds and Yorkshire has come through “phase one” of the pandemic “fairly well and robustly”, adding that the organisation has maintained health and safety checks at top levels, kept gas and electricity at 100%, and even improved its rent collection.

The changing dynamic between the board and the executive hasn’t been so smooth for others on the roundtable.

Matthew Thomas says that, during the early stages of the pandemic, a tightening of the reins by the executive team – a so-called ‘max delegation’ – left the board questioning its short-term role. So much so that a few members left the organisation, including the chair.

“It was a time of leading the business and the command and control.”

Despite differing views on the extent to which boards and executives should be engaging, there is at least consensus that the pandemic has brought the two together.

“I personally feel a lot closer to my board at the moment, and the business as well,” says Debbie Noble, executive director of Finance and Corporate Services at Johnnie Johnson.

“I think that communication is really, really key,” she adds. “And while the board have not gone into the detail, we’ve given our assurance that, yes, we have got that covered, we have got the BC [Business Continuity] team going everyday.”

Moreton says his experience has been the same, with the boards of both Orbit and whg feeling a greater affinity to the executive team since the onset of the pandemic.

“It’s brought the board and the exec team closer together, rather than more distant,” he says, “and I think the role of the board has been more of a supportive role for the exec team.”

Moreton adds: “I think there’s still been that separation of decision-making, and there has to be…but I think underlying that there’s been an understanding of what the exec teams have been going through.”

As time is called, the attendees switch off their mics and cameras, and the roundtable draws to a close. There are many questions still to ask, but they will have to wait till another day.

It’s impossible to boil down all the nuances of a 90-minute discussion into a few words. But chair Donal Laverty does as good as anyone.

“I think the broad takeaway is this,” he says. “Boards need to spend more time thinking about what’s important, rather than what’s urgent.”

Read next: Tech and transformation: The future of housebuilding