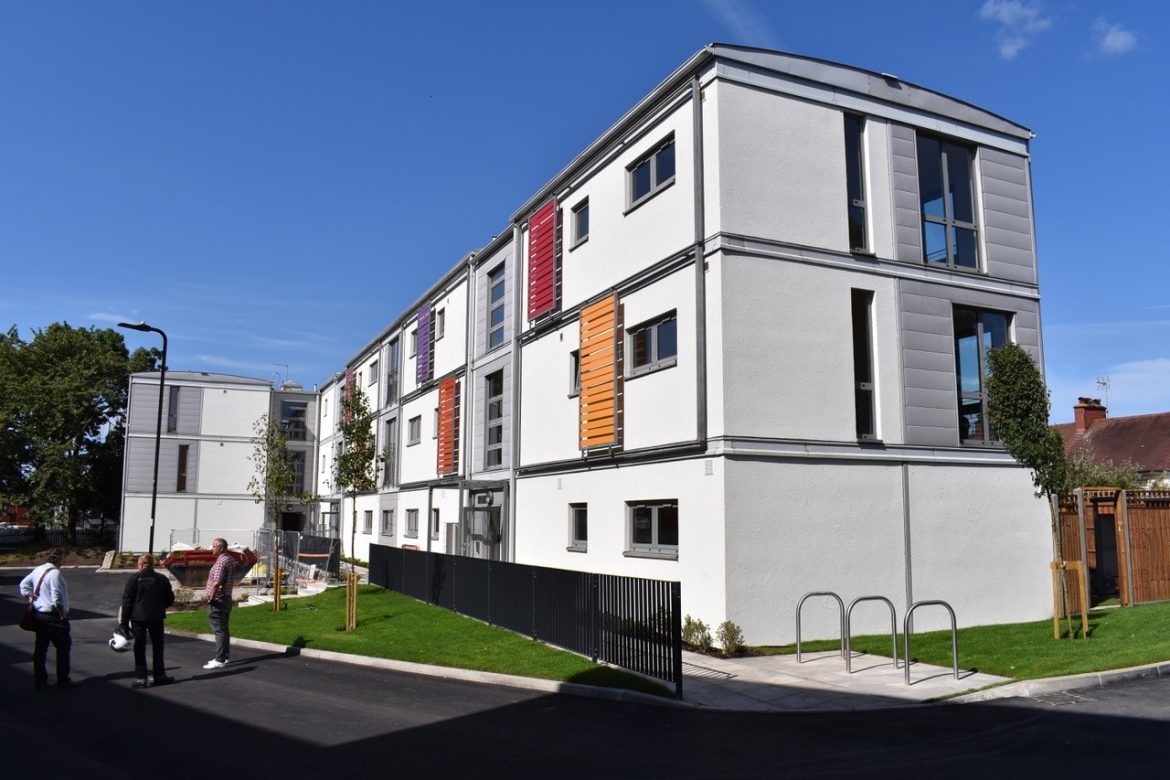 Hyde Group (Hyde) has worked with Ealing Council on a unique project to relocate and refurbish ‘Corbet House’ – a set of 18 modular apartments – from Southwark to Ealing.

Renamed Chris Payne House, in tribute to a former Ealing councillor who died in 2014, the flats will now provide temporary accommodation for homeless households.

The building has replaced derelict garages behind existing Ealing council properties in Hanwell.

The council has modified the layout of Hyde’s original homes to create two much-needed four-bedroom family flats, as well as 14 one or two-beds, turning 18 flats into 16 homes.

Each now has a new oven, cooker and white goods – part of a comprehensive refurbishment throughout the building.

The new flats at Chris Payne House will be rented to homeless Ealing residents while they look for a permanent home. The first tenants were expected to move in at the end of June.

Ealing Council purchased the demountable flats – purpose built as housing – from Hyde and has invested a further £2.47 million in moving, reassembling and renovating them.

The flats will deliver a saving of around £125,000 a year for the council by removing the need for expensive bed and breakfast accommodation for the 16 households that move in.

By reusing an existing demountable structure, Ealing Council has also saved a substantial amount of energy and materials that would have otherwise been required to create new homes.

Guy Slocombe, Hyde’s chief investment officer said: “Hyde was the first UK company involved in constructing a demountable housing project, and we have now demounted and relocated the homes.

“This was all thanks to a very interesting logistics plan and a fleet of very large trucks, which reloacted the units to Ealing, who have remounted and finally delivered the units for the next round of residents to make home. We are thrilled with how these homes look now – they look fabulous.

“These new homes at Chris Payne House will offer 16 homeless households a safe, comfortable roof over their heads.”

Councillor Peter Mason, lead member for housing, planning and transformation at Ealing Council, said: “Reusing perfectly good buildings that would otherwise have been scrapped means we’re getting excellent value on our investment. We would expect it to cost at least £4m to build the same number of residences from scratch.

“Ealing has a particular need for more temporary accommodation with at least four bedrooms. This innovative re-purposing of existing homes will help us bridge the gap.”