Incommunities head to retire after 17 years 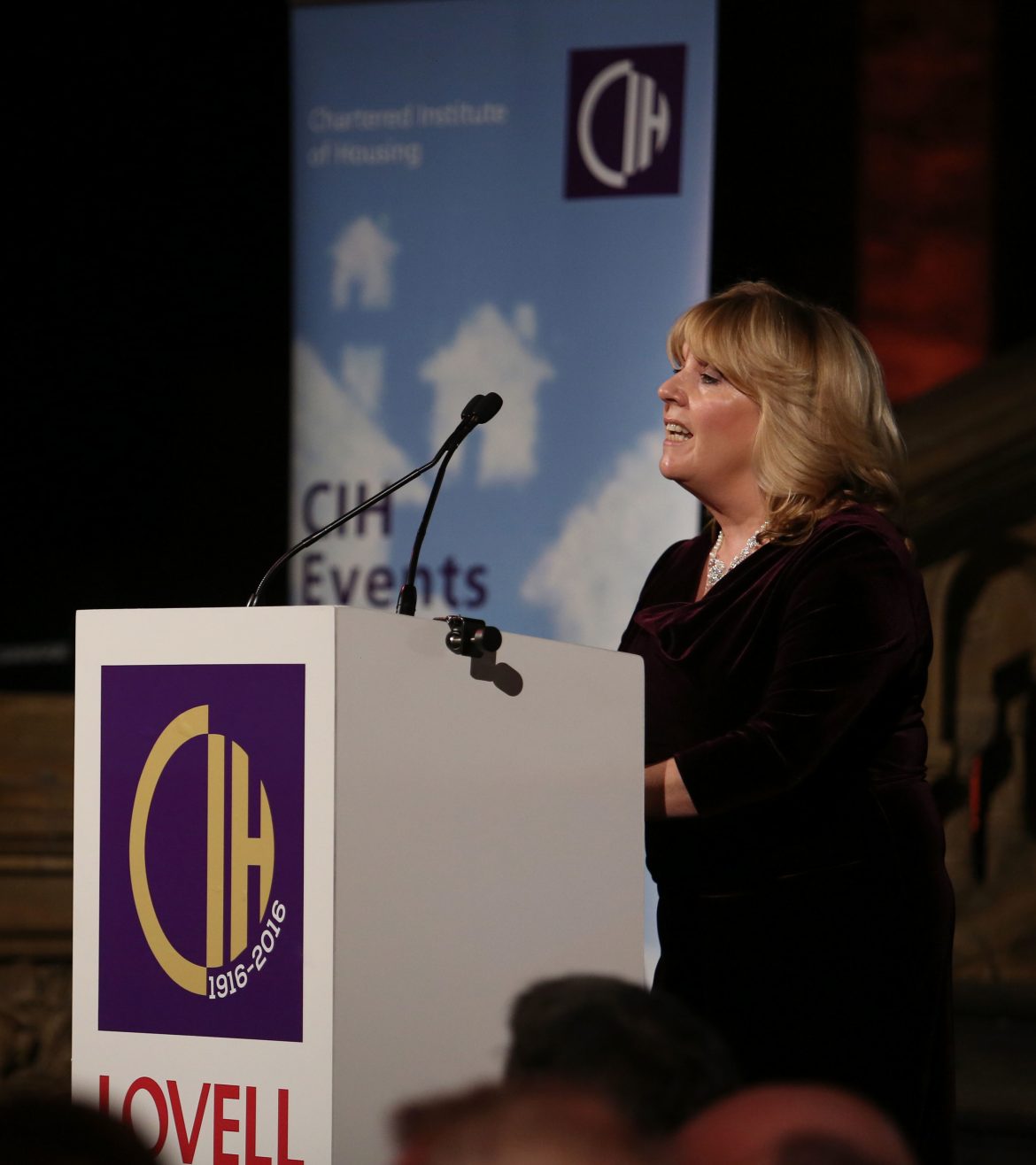 The group chief executive of Incommunities, Geraldine Howley, is getting ready to step down at the end of this month, after nearly two decades at the helm of the organisation.

The move follows Howley’s decision to retire, and her leaving at the end of January comes as the West Yorkshire housing association gets ready to mark 18 years in business.

Howley’s long career started as a temporary housing receptionist with Bradford Council, based at Jacob’s Well in the late 1970s, before later becoming a housing officer covering the Manchester Road blocks.

From looking after a patch of 1,600 properties, Howley progressed with the council, gaining expertise in different areas before becoming the local authority’s director of Housing.

Gradually, an unwieldy structure involving six area subsidiaries was streamlined by Howley and her team, and the group was rebranded to create Incommunities in 2008.

Her leadership has been marked by building a ‘can do’ culture that has focused the minds of all employees on improving people’s lives and their neighbourhoods.

Since the Decent Homes Standard in 2010, she has overseen the delivery of multi-million-pound improvements to local homes, which has transformed the neighbourhoods in which Incommunities operates.

In 2013, she led the review of the company’s office accommodation around the district and the acquisition of its headquarters at The Quays, Shipley.

In 2019, she played a vitally important role in the refinancing of Incommunities with a £250m bond issue and securing a Standard and Poors A+ credit rating.

Howley has also overseen the delivery of over 1,100 new affordable homes across Bradford, the Aire Valley, Wharfedale, and beyond. The group now has homes in West, South, and North Yorkshire.

In 2020, she led Incommunities’ response to the COVID lockdown, also playing a key partnership role in the district’s handling of the pandemic.

Incommunities chair Jan Ormondroyd praised Howley leadership, saying: “Geraldine has successfully built Incommunities into a strong, forward-looking organisation and leaves us with a strong platform to achieve our strategic growth ambitions to 2040.

“Everyone from the board, management, and staff would like to wish her well as she moves onto exciting new challenges in her life.”

Howley said: “Looking back, it’s sometimes been a steep learning curve from my first steps as a housing officer to managing one of the biggest stock transfer at the time.

“As our 18th birthday approaches, I feel very proud to have played my part in the growth of Incommunities and been supported by such a great executive team, board, and skilled and dedicated colleagues. It’s been an amazing journey.”

Howley added: “I’ve loved my time at Incommunities, and delivering our vision of improving people’s lives has always been my guiding principle as its CEO.

“I am leaving the organisation in great shape and wish my successor Rachael Dennis and everyone the very best for the future.

“Now I am really excited about the next stage in my career.”

A personal highlight for Howley was being elected president of the Chartered Institute of Housing in 2015-16, having served as vice-president in the previous year.

Howley said she is looking forward to continuing as chair of the Chartered Institute of Housing’s governing board.

In 2016, Geraldine was made an honorary doctorate by the University of Bradford for her outstanding contribution to housing and a year later was awarded an OBE for her services to housing, young people and the local community.

She is passionate about encouraging more young people to build rewarding careers in housing and will continue her close involvement with the GEM Programme, which she co-founded in 2009.

Howley has chaired the programme for a number of years and is being appointed a director. She said she is excited to see the programme develop further and bring her leadership skills and extensive knowledge.

Howley has also signed up to take a Level 7 Institute of Leadership and Management qualification and develop her coaching and mentoring skills.

She is also set to join national social housing borrowing vehicle MORhomes in April as a non-executive director.