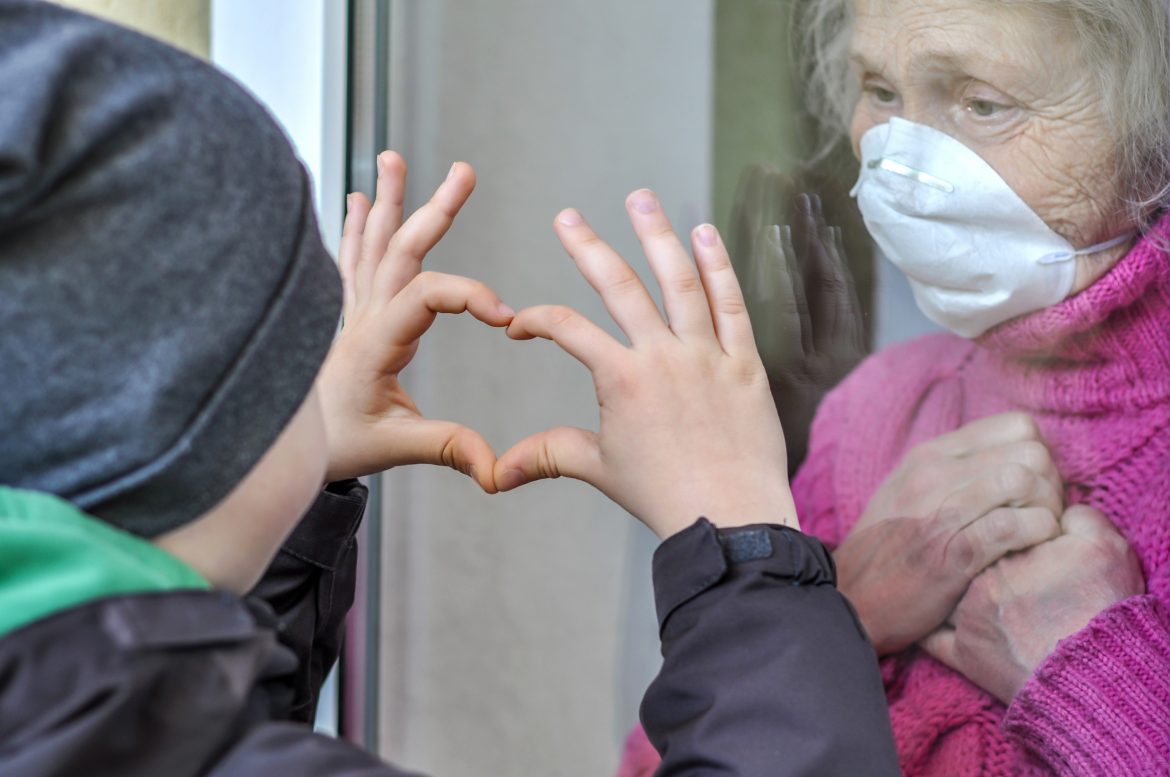 Karbon Homes has joined a new campaign aiming to unite the community and keep residents connected during the COVID-19 pandemic.

The Community Investment and Retirement Living teams at Karbon have partnered with various schools and nurseries, local to Karbon’s sheltered schemes, to take part in the weekly event dubbed The Wednesday Wave.

The Wave is designed to connect the public with older residents who may be isolating and feeling the effects of spending more time alone.

One such visit came from pupils at Dipton Collierley Primary who waved their hearts out to residents at Delight Court, in Dipton, County Durham.

The Year One class brought colourful, giant paper hands with them to help make their waves even bigger and better.

The eldest resident at Delight Court, 95-year-old Elsie Proctor, joined in with the wave from the window of an upstairs corridor, which was the first time she had left her flat since the pandemic started in March.

Karbon Homes community connector Jess Wray, who organised the visit, said: “We have loved seeing the impact our Wednesday Waves have had on residents living in our schemes.

“It’s amazing to witness what a huge difference something so simple can make.

“The children’s energy and smiling faces are infectious, and you see a noticeable boost in the residents when they arrive, who are always eagerly waiting at their windows and at the main entrance ready to join in.”

The teams have been organising Wednesday Waves since the beginning of November, so far seeing pupils from East Stanley School pay multiple visits to Stanley Court and youngsters from Shotley Bridge Nursery School drop by Derwentdale Court in Blackhill.

As Christmas approaches, the teams have plans to add more forms of socially distanced entertainment to the calendar.

Wray added: “The pandemic has had a huge impact on the lives of our older residents, many of whom have really struggled to adapt to such drastic change.

“The need to stay at home or self-isolate over the past eight months has meant they haven’t had as much social contact as they would have normally.

“Due to new national restrictions, our schemes have had to close their communal areas which has left residents spending more time in their flats, so we’re working hard to do whatever we can to bring smiles back to their faces and let them know that they’re not alone, that their communities are thinking of them.”

The Wednesday Wave was launched by Vamos mask theatre company and will run for a total of 10 weeks.

The campaign was launched after reports revealed more than 500,000 vulnerable people are unable to leave their homes because of the pandemic.