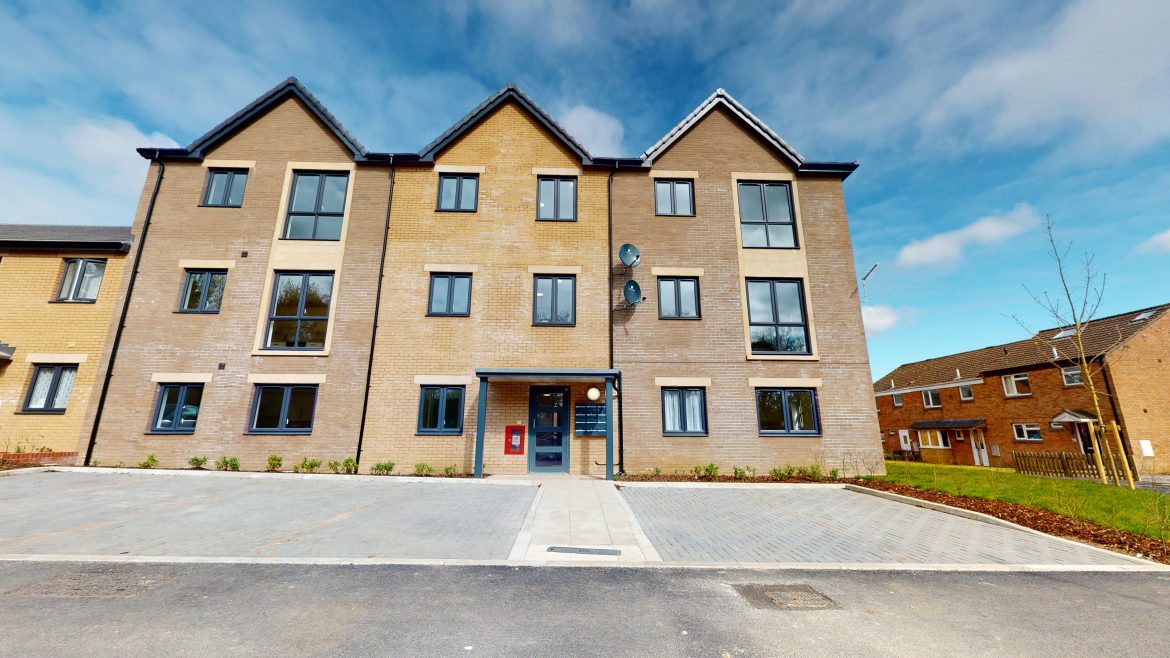 A new housing development steeped in World War Two history has been completed in South Gloucestershire.

LiveWest, the largest housing association in the south west of England, joined forces with construction company United and received support from South Gloucestershire Council to create the affordable homes.

The completion of the 38 new homes follows another LiveWest housing development completed on a nearby site in Pucklechurch in April 2019, which provided eight flats and 12 homes for affordable rent.

The recently completed 27 shared ownership homes will provide new purchasers their first opportunity to buy their own home.

“It has been a pleasure to have contributed to the area’s history by enhancing the neighbouring grade 2 listed World War Two balloon tethering as part of the development.

“Rural house building can be key to the survival of vital community assets and services such as schools, post offices, and pubs, and we know these homes have made a difference.

“We have got a great relationship with the council who sold us the market site for 100% affordable, and they were supportive throughout the planning process.

“We know how affordable rural homes make a difference to local people who need to stay in the area where they work, have lived or have family connections.

“We are proud to be making a difference by improving the affordable housing market in an area where local are being increasingly priced out of purchasing homes.”

South Gloucestershire Council’s cabinet member for Adults and Public Health, Ben Stokes, said: “I am delighted to hear that these new, affordable homes in Pucklechurch are now almost completely occupied.

“It’s important that we deliver affordable housing in rural areas to ensure that future generations of local people are able to stay in or move to these communities and help contribute to the countryside economy.

“This rural affordable housing has been delivered in partnership between the council and one of our housing association partners, LiveWest, and has made excellent use of former council land.”

The development was funded by Homes England along with around £400,000 provided by the council from the Housing Enabling Developer Contributions fund.

Elizabeth McCarthy and her family are some of the first new residents to move into the Pucklechurch development.

The NHS administrator said she never dreamed she would be able to afford to move back to Pucklechurch where her family have been living for the last 30 years.

And buying a home looked a little way off, until LiveWest, with support from South Gloucestershire Council, started developing the new shared ownership homes.

Elizabeth, 25, explained: “I grew up in Pucklechurch, but I didn’t think we would be able to move back there because of the prices of properties in the area.

“We were privately renting and couldn’t get on the property ladder.

“But we found out about these shared ownership homes, went on the LiveWest website and instantly applied for one of them.”

She added: “Even then you don’t think it is going to happen, so we were so excited when we discovered we had been accepted for one of the properties.

“Pucklechurch is a lovely village with lots of nice walks, loads of open space, and everything is so close.

“There is lots of history here with the World War Two links, which I knew all about as I grew up here, and there is a real community spirit in the village.

“My mum and dad and two sisters all live in the village, and even though I tried living somewhere else for a while, I missed the place.”

The McCarthy family was set to move into their new home in March before lockdown put a dent in their plans.

Yet Elizabeth was determined nothing would prevent her completing the full circle journey back to where it all began.

Elizabeth said: “We were desperate to get in but we didn’t think it would be possible because of lockdown and, although it was delayed a little bit, we are now all settled in.

“It was a bit of a different moving in process because we weren’t allowed people to help us due to social distancing.

“So we couldn’t book a removal van and we did it all using our cars.

“We couldn’t ask our families to help us unpack so we did it all ourselves. But we got there and couldn’t be happier.”

With property prices around 10 times more than the average salary across the south west, shared ownership is becoming an increasingly popular route to buying a home.

Elizabeth and Sam were in a position buy a 25% chunk of their property, and their aim is to buy the remaining 75% over the next five years.

Elizabeth added: “Shared ownership was the right way for us to buy a home because it means you don’t have to save up a monster deposit.

“It is much less daunting and it means you can staircase where you can buy up more of the home in the future.

“You just need that first step on the ladder and someone to give you the chance.”

RAF Pucklechurch opened as No 11 Balloon Centre on 9 August 1939 and was one of several opened across Britain to support squadrons that flew barrage balloons as part of the nation’s air defences.

Parachute packs were attached to cables below the balloon to ensure that when an aircraft flew into the cable it would severed, leaving the airplane trailing two empty parachutes which would cause the plane to crash.

A ripcord would at the same time pull open a patch on the side of the balloon, ensuring it would float to earth and allow its recovery.

LiveWest provides over 37,000 homes to over 80,000 people throughout the south west of England.

The association plans to build 15,000 homes in the area over the next 10 years.

Main image: The facade of some of LiveWest’s new homes in The Moorings, Pucklechurch, South Gloucestershire

Read next: Your Housing Group to deliver more affordable housing in Greater Manchester