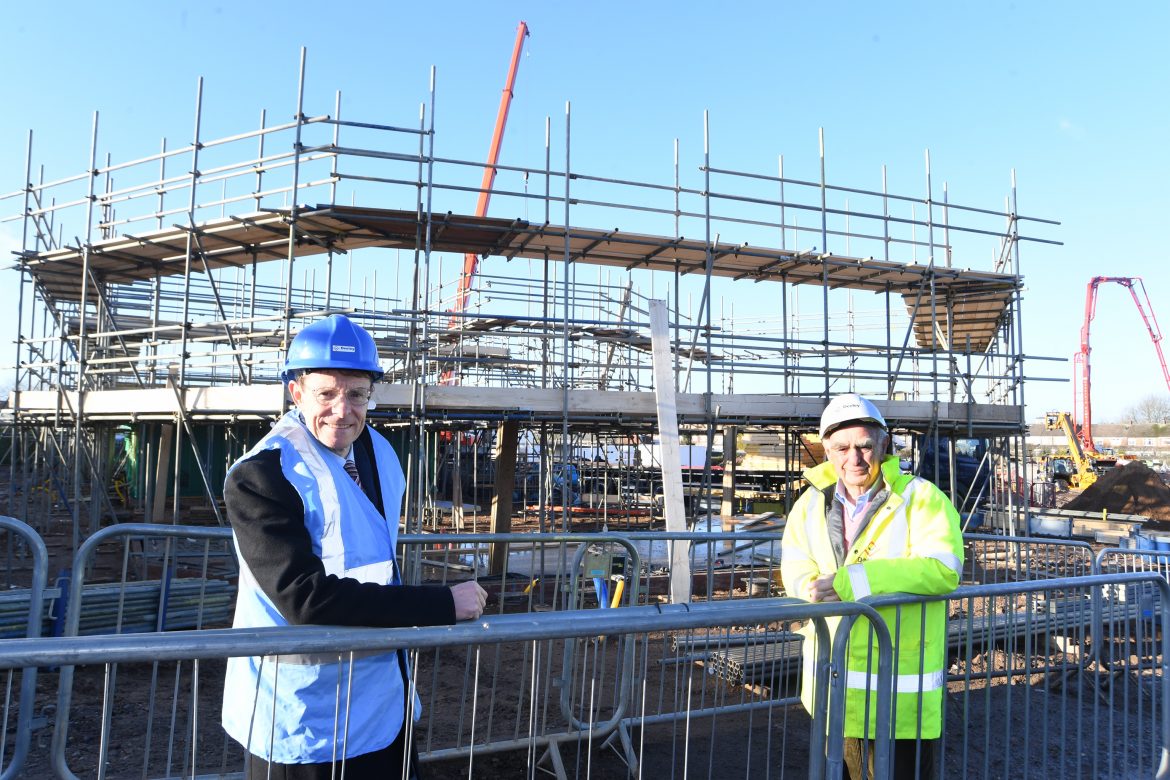 Stonewater‘s affordable homes development on the site of a former Coventry school has been given a mayoral seal of approval after Andy Street stopped by for a visit.

The West Midlands mayor came to see the site of the former Dartmouth School in Wyken, which is being re-developed for housing association Stonewater by local contractor the Deeley Group.

It had been a redundant brownfield site for more than five years before Stonewater bought it from Coventry City Council, with plans to build 39 new homes, including 23 affordable rented and 16 shared ownership properties.

On completion it will feature a mix of two-, three-, and four-bed houses and provide vital housing to the local community.

The mayor praised the plans to regenerate the site, highlighting how the project aligns with his region-wide championing of a brownfield first approach to housing.

He said: “The two key components for building new homes in our region are for developments to be ‘brownfield first’ and then also affordable to the people who live in those areas.

“The development in Coventry ticks both of those boxes and is an example of the great progress we are making regionally to meet the housing challenge.

“I congratulate Stonewater and the Deeley Group for bringing this project to fruition and look forward to seeing it at its completion and serving the local community.”

Matt Crucefix, director of Development (South and West) at Stonewater, said: “There is a genuine need for more housing of this type in Coventry, and it has been a pleasure working with the Deeley Group to bring this scheme to life.

“With every new development, we look for ways to invest in the local economy – by working with local contractors and suppliers – to ensure we add as much value to the community as possible.

“We’re delighted to hear Andy is pleased with the progress of this site so far and look forward to welcoming him to the completed scheme along with our new residents, later this year.”

Peter Deeley, managing director of the Deeley Group, added: “We are giving this redundant brownfield site a new life and helping to provide crucial new housing for people in the locality too.

“It was a pleasure to welcome Andy to Tiverton Road to discuss our plans for the site and how that will support his housing programme across the West Midlands.

“We are working closely with Stonewater to deliver the development and hope Andy will return to visit when the project is completed.”