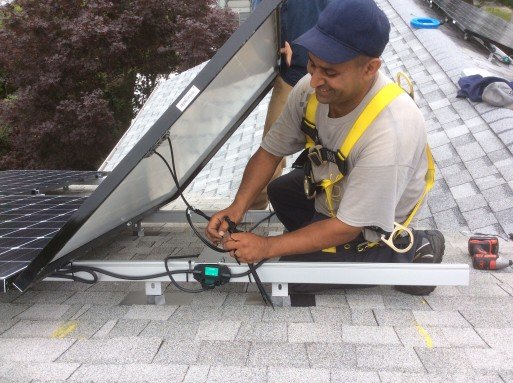 The UK Green Building Council (UKGBC) has marked a major new phase of Accelerator Cities, a project which brings together some of the most ambitious local and combined authorities and other expert stakeholders to drive action to upgrade the UK’s draughty, energy-hungry housing stock.

With calls for a ‘green recovery’ from the Covid-19 pandemic rocketing up the agenda, the need for investment in the energy efficiency of the UK’s homes is becoming ever clearer.

Reducing carbon emissions associated with energy used in our homes is one of the biggest challenges facing the nation in terms of making the transition to a net zero carbon economy by 2050. In order to meet the target we will need to improve almost all of the UK’s 29 million homes, meaning we need to retrofit more than 1.8 every minute between now and 2050.

The economic cost to the NHS of cold homes is around £1.4bn and accelerating action on retrofit can also support more than 150,000 skilled and semi-skilled construction jobs to 2030

In short, boosting the rate of home retrofit will provide crucial support for health and wellbeing, accelerate our transition to net zero and create jobs in all parts of the country, says the UKGBC. It has brought together city and combined authority partners: Birmingham City Council, the Greater Manchester Combined Authority, the Greater London Authority, Leeds City Council and the West Midlands Combined Authority. A range of other expert stakeholders are also on board including the Active Building Centre, Bioregional, Energy Saving Trust, Green Alliance, Otley Energy, Places in Common, RetrofitWorks and UK100.

The Accelerator Cities project, which is primarily funded by EIT Climate-KIC, will support towns and cities to develop their own home retrofit programmes. It also helps co-ordinate action between them – including sharing best practice, lessons learned, evidence and resources; support a co-ordinated approach in respect of links to financial institutions and funding opportunities; encourage greater partnership between industry and NGO groups on home retrofit; and help to co-ordinate cities’ engagement with central government on this topic.

“There is a critical need to improve the nation’s health, reduce carbon emissions and create long-lasting economic benefits. Home retrofit is a triple-win that supports all three goals. Although central Government still holds many of the keys to unlocking this, cities and local authorities are stepping up to play a crucial leadership role.

“Accelerator Cities is all about supporting and enabling greater coordination between local government on home retrofit. The project will help city and local authorities as they grapple with issues such as householder engagement, skills and finance – helping to build an evidence base, learn lessons and share common approaches.”