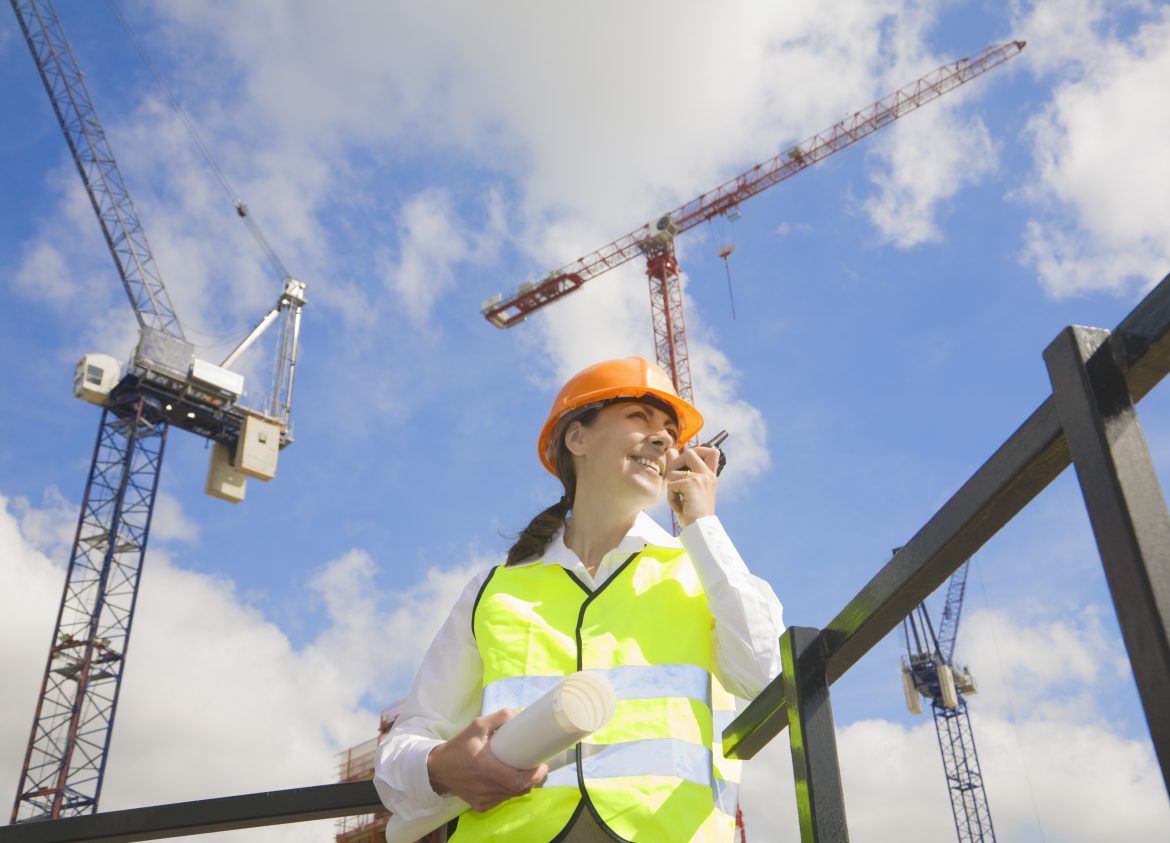 A new trade network comprising organsations from across the UK housing sector has lauched with the aim of increasing the representation of women in trades.

The network has set out to increase awareness of the variety of roles available to women through direct labour organisations (DLOs), contractors, and self-employment – while also offering routes into training and employment.

The pandemic has had a huge impact on those working in closed sectors such as retail and arts and leisure, where women make up 57% of the workforce.

Yet, only 2% of tradespeople – trades being a sector that has not been as hard hit – are female, with many often deterred by the stereotypes attached to the profession.

The members of the network have also signed the Women’s Trade Network Pledge, a commitment to supporting long-term change in the industry.

Cem Savas, co-founder and CEO of Plentific, said: “Through our work with both housing providers and contractors, we’ve seen there is a huge opportunity for women in trade.

“It’s clear that there is far more opportunity for women in trade roles than they may realise and we’re thrilled to be launching the Women’s Trade Network to not only increase representation in the industry but also change lives.”

Denise Fowler, CEO of Women’s Pioneer Housing, said: “As a housing association for independent women, we want to be able to offer our residents a tradeswomen to carry out work in their property, if they request it.

“At the moment, that’s an incredibly difficult thing to be able to fulfil simply because there are not enough women in the industry.

“The Women’s Trade Network will change that, not only offering female residents more choice but also opening up career opportunities that many may previously have not considered.”

Ashling Fox, chief operating officer at Peabody, said: “I am delighted to be part of the founding team for the Women’s Trade Network.

“There are so many opportunities for women to have a successful career in trade, but the perceived barriers to entry make people discount it.

“Peabody has a long track record of supporting people into work and gaining better access to education and training and this is a great opportunity for our residents and young people.

“Breaking down barriers to employment will be a core element of the Women’s Trade Network and in the coming years I hope we can really make a change in the industry.”

Gerri Scott, group director of Customer Service at L&Q, said: “Inclusion is one of L&Q’s five core values and we are passionate about greater representation across the whole industry.

“The Women’s Trade Network will enable more women to access roles they may previously have thought of as off-limits to them and drive a change in how these jobs are perceived. We’re excited to be a driving force in changing perceptions.”

Elly Hoult, group director of Assets at Notting Hill Genesis, said: “There should be no job that is closed to anyone because of their characteristics.

“Stereotypes about trade roles have long deterred women from pursuing it as a career, but there are a variety of opportunities available across housing providers, contractors and self-employment.

“The Women’s Trade Network will highlight those opportunities and show that there is a place for everyone.”

Debi Marriott-Lavery, group executive director of Affordable Housing at Places for People, said: “We are delighted to be a part of the Women’s Trade Network, and we’re committed to working with our partners to break down the barriers which prevent women from pursuing trade roles.

“Being part of this pledge enables us to drive forward much-needed change for women in the industry, as well as developing the diversity and skillset of our workforce, supporting our vision to build sustainable communities that work for everyone.”

Russell Thompson, chair of Direct Works and managing director of Places Management (part of Places for People), said: “Direct Works is committed to reshaping the future of housing maintenance and that includes increasing diversity in the industry.

“Through our network, we’ve witnessed how underrepresented females are in all manner of trade roles and that needs to change.

“The founding partners of the Women’s Trade Network have ambitious goals and, together, we can really make a difference.”

Read next: Yorkshire Housing cuts gender pay gap by over 8%