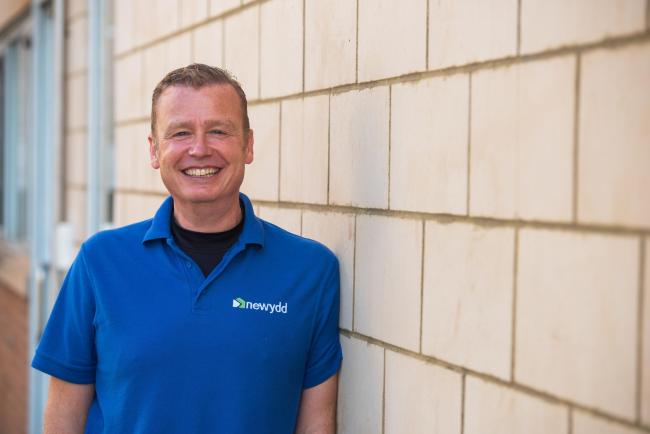 Newydd Housing Association has appointed Jason Wroe as its chief executive, as incumbent Paul Roberts is set to retire after 28 years in the role.

Jason has been Housing director at Newydd since October 2003, but has worked in the social housing sector for more than 30 years in both housing associations and local authorities in south Wales and England.

Claire Marshall, chair of the board, said: “We are delighted to have appointed Jason Wroe as chief executive following a rigorous recruitment process involving the board, staff, and tenants.

“His enthusiasm and commitment to Newydd has shone through and we are convinced that Jason will continue to be an excellent ambassador for the organisation and will provide the leadership needed as we face the challenges and opportunities ahead of us.

“Jason will build on the legacy left by Paul Roberts who departs from Newydd with our very best wishes for an enjoyable retirement.”

Paul Roberts will retire at the end of October after 28 years in the role – both Roberts and Wroe have been working closely together at Newydd for many years.

Roberts said: “I am absolutely delighted with Jason’s appointment as chief executive.

“His focus has always been on putting tenants first in all that he does – I have no doubt he will lead the organisation to great success in the future.”

Commenting on his appointment, Wroe said: “It is a privilege to have been chosen for this role at an organisation that makes a big impact in the social housing sector in Wales, thanks to Paul’s fantastic leadership.

“Over the coming months, I am looking forward to getting stuck into my new role at Newydd, seeking new ways to support our communities, meet housing need, and engage with our tenants to continue to improve the services they receive.”

Jason Wroe begins his role as CEO on 2 November.