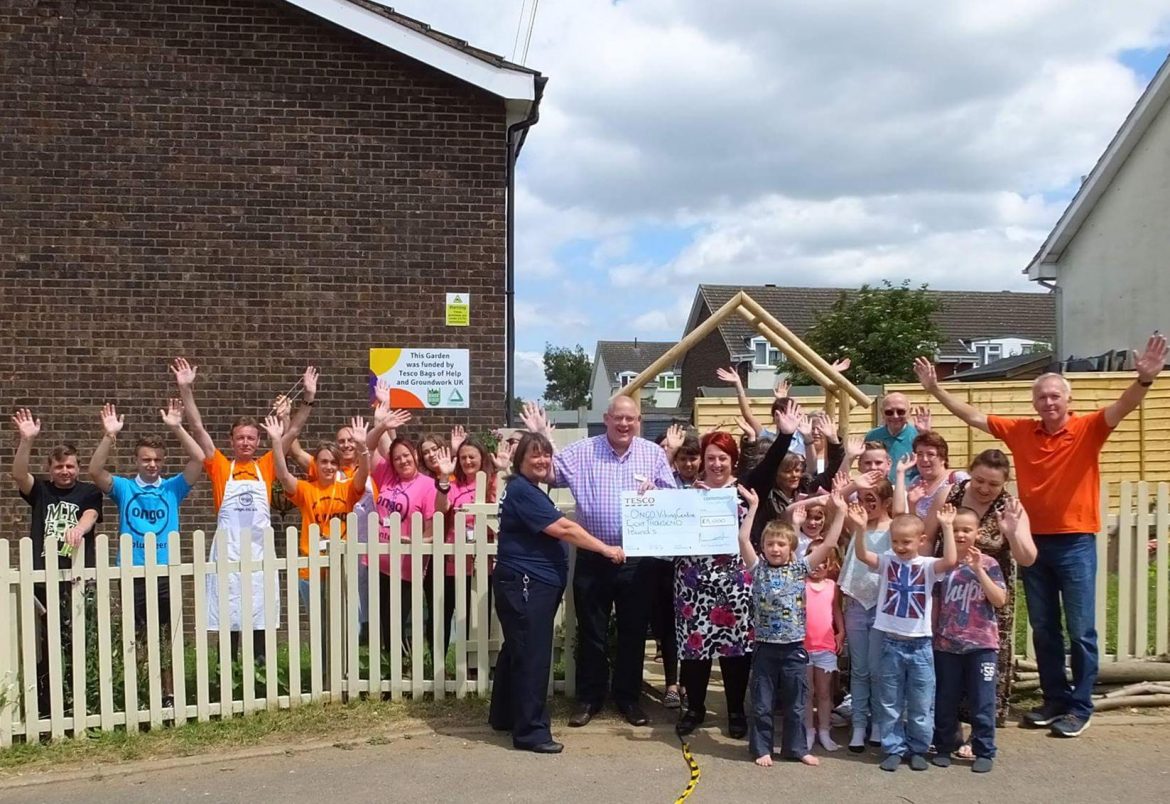 Ongo’s community centre is celebrating five years in action, after opening back in 2015 in an effort to turn the Caistor Road estate around.

The estate, in Barton, has undergone huge improvements over the last five years, Ongo says, benefiting from over £40,000 of investment from Ongo and partner agencies.

Before work began in 2015, low employment levels, anti-social behaviour, and people leaving their homes were the biggest issues facing the estate, with each empty property costing Ongo on average £2,500.

In a bid to make positive changes and save money, Ongo says it stepped in to open up and revamp the Viking Resource Centre, a community hub based in the heart of the estate.

Other services followed, including free education and training, activities for young people, clean-up days, and campaigns to improve health and wellbeing.

Ongo has also installed a team that works with the youth, offering a teatime club, movie nights, breakfast club, and big trips out.

Jan Williams, Ongo’s head of Opportunities said: “Since opening the Viking Centre we have made a huge, positive impact in Barton and have really become close to our community members and built long-lasting relationships.

“The work our team has done has given younger people in the community an opportunity to learn and experience new things, whilst gaining skills that will benefit them in the future.

“I am so proud of the team for truly changing lives of people, from securing £8,000 to revamp and create a new kitchen garden, winning the Best Community Project on a Social Housing estate award in the Groundwork Community Awards, hosting a royal wedding street party that saw over 200 people.

“We have some real milestone moments and we’re not done yet – here is to another successful five years.”

Addaction, Tesco, Sanctuary Housing, the Police and Crime Commissioner, and the National Lottery Awards for All initiative have all supported the project through funding and involvement.

Partnership work with Humberside Police has also played a huge part, Ongo says, resulting in better relationships within the community and an increase in reported anti-social behaviour.

Further, there has been a near 50% reduction of empty homes from 2016-2019, as more people stay in their homes and move to the area.

Four Ongo staff currently live on the estate and help maintain the area: a dedicated centre manager, a youth mentor, and two community investment assistants – all of whom started out as volunteers.

Viking Centre manager Grace Wooley said: “Since the Viking Centre re-opened in 2015, it has been a real central point for the community and a great place for young people who live on the Barton estate to socialise – and we have been able to offer some great new experiences.

“We are so grateful for the support we have received, and the community spirit of the residents of the Caistor Road estate has been amazing.

“Celebrating our fifth birthday digitally is different to our usual street party celebrations, but we felt it was really important to celebrate our achievements and run our social media campaign.”

The celebration of five years of the Viking Centre coincides with Ongo pledging its support for the new government Kickstart scheme, which Ongo says will create a minimum of 75 jobs.

The scheme provides funding to employers to create six month-long placements for people between 16 and 24 years old who are in receipt of Universal Credit.

The government will fund each placement, paying the individual national minimum wage for 25 hours a week.

The Kickstart scheme is running for 18 months, and Ongo aims to support 90 placements between November 2020 and October 2021 – 75 have already been confirmed.

Ongo will be taking on 10 placements within their roofing, neighbourhood, and communities’ teams, with the others being managed by Ongo Recruitment – but the placements will be based at other local businesses in the area.

Jan Williams, head of Opportunities at Ongo, said: “We’re so pleased to be involved with this scheme which will support so many young people into work.

“We understand how difficult it can be to find employment, especially now in times of uncertainty, and that can be made even more difficult if you’ve had a gap in your employment history or maybe haven’t ever worked.

“We’ve got jobs within Ongo and we’re also working with local businesses to offer roles in their organisations too – this means there will be a whole range of job types available, with something to suit everyone.”

Next Level manager Maryanne Fitzgerald is coordinating the scheme for Ongo. She said: “For us, it was a no brainer to get involved in the Kickstart Scheme – our core purpose as a business is to support people into employment so it felt like the perfect fit for us.

“Like all our other employment opportunities we provide, it doesn’t stop when we place someone in a role.

“We will support the individuals throughout the six months and offer them any additional training and guidance they might need to progress and reach their personal aspirations in their career.

“At the end of the six months, if there isn’t further work available in the business they’re in, our Employment Support team will also work with each person to help them with their next steps – whether this is signing them up to additional training, working with them to apply for other roles and continue in sustainable employment.”

Read next: Beyond Housing praised for commitment to Armed Forces