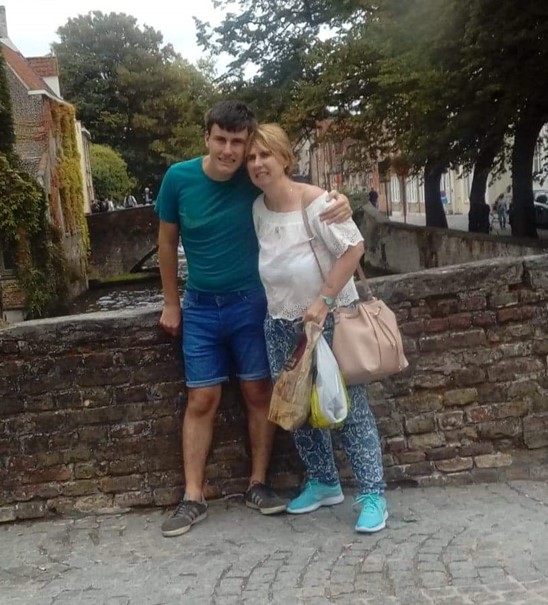 Ongo Talk provides free one to one counselling, life coaching and talking support groups for people who want to improve their mental health, emotional well-being and create a brighter future for themselves.

Less than a year ago, a local family was really struggling. Low confidence dominated their life, negative thoughts darkened their days, and they felt their hopes were diminishing.

In particular, Katy had lost all sense of purpose and her son, Aidan, needed some guidance on his dream of working in film.

They didn’t know what support was out there, until Katy saw a leaflet about the Ongo Talk project.

Katy spoke to Kim, one of the Wellbeing Coaches, who quickly set her up with a Counsellor on the project.

She said: “My perspective on life totally changed straight away. Kim was impartial and never judged me – knowing she was always at the end of the phone if I was struggling was such a relief to me.

“Each support session felt like I was talking to a family member, somebody who I’d known for years. It really did make me feel comfortable knowing that so much stress was being lifted away.”

Aidan also received coaching to improve his self-esteem and independence before he started a Film Production degree at university.

He explained: “It helped to give me a voice and, in many ways, an identity. Rather than looking back, Dan (Employment Support coach) gave me the ability to always imagine the best possible future. I’ll always be grateful for that.”

Katy admits that there’s still a way to go, but that both her and her son are in a much better place now than they were before.

“We were stuck in a rut – existing rather than living. Now the future looks so much more positive and I’m well along the journey of re-discovering who I am thanks to this support.

“I thought that Ongo just provided homes, but this has really opened my eyes to how much they have to offer and can support people who may be struggling.”

Read next: People made homeless during the pandemic helped by ForHousing