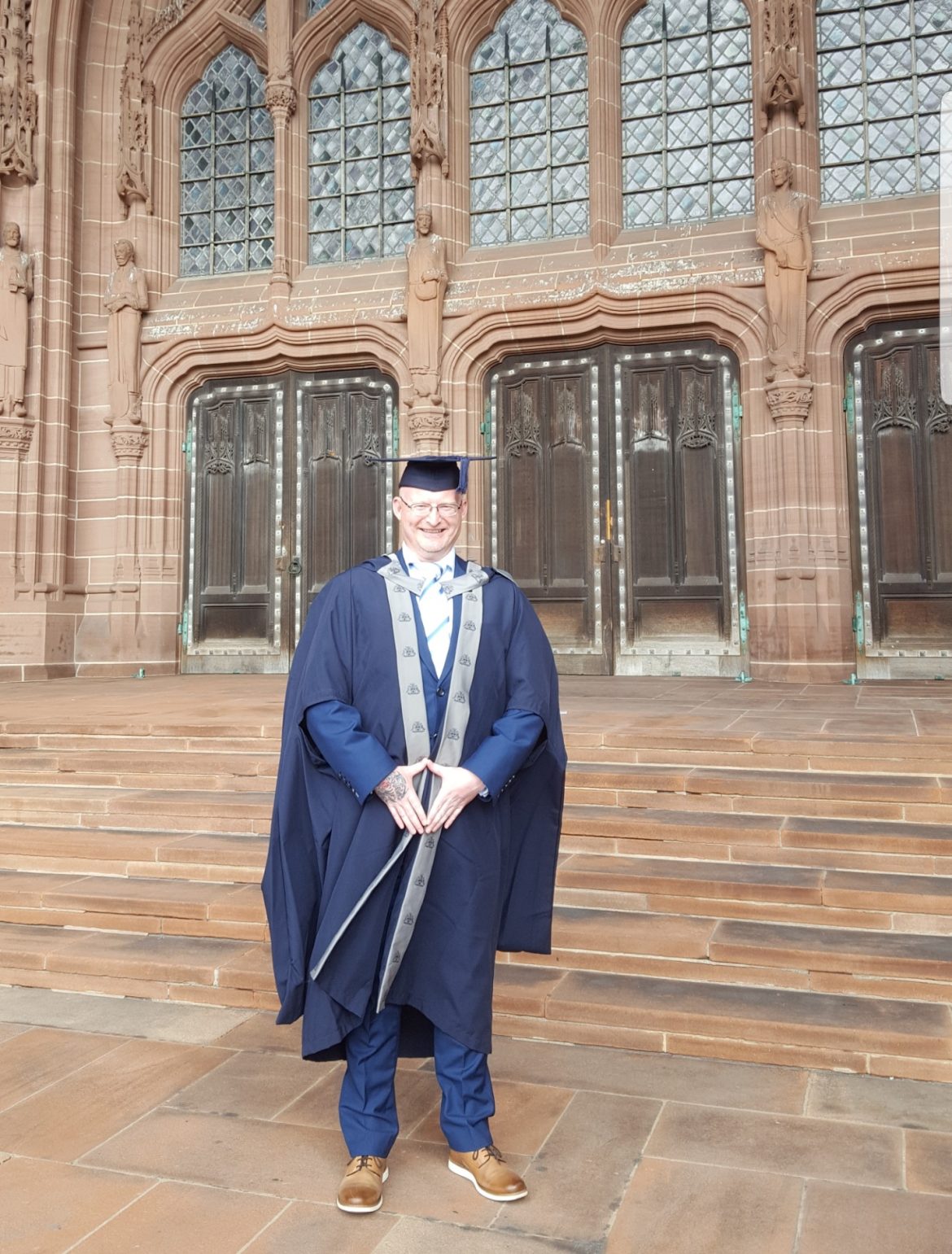 A Wirral man is now looking to the future on a new career path thanks to Riverside’s Employment and Training team.

Wayne Hutton became a Riverside tenant four years ago when he moved back to the area after Leamington Spa-based project manager contract came to an end.

Unemployed, struggling to find work as a construction surveyor and project manager, as well as going through a divorce, Wayne and his mental health suffered.

“I was homeless after returning from Coventry and was under immense pressure at the time, but thankfully I found a home in a Riverside property,” the 47-year-old from Birkenhead said.

Claiming benefits for the first time, Wayne struggled with the financial hardship and isolation of being unemployed.

Then in June 2016 he started attending a job club at Rock Ferry Library hosted by Vanessa Shaw from Riverside’s Employment and Training team, who began the journey of supporting and guiding him to reach his new career goals.

First, she got Wayne’s CV in order, then advised him about job vacancies and went through interview techniques.

But to set him on his new career path, Vanessa suggested that he should do volunteering work to help him gain employment in the new area of work he wanted to go into.

She said: “Wayne’s skill set and experience meant he was deemed over-qualified and experienced for jobs he was applying for, as he was looking at roles that were more rewarding with reduced pressure and stress.

“Despite the challenges he faced, Wayne continued to pursue jobs which would have a positive impact on his wellbeing.

“He also completed a Master’s degree in Project Management that he started a few years ago during a difficult and challenging time in his life.”

In the meantime, at the age of 45, Wayne was diagnosed as having Asperger’s – often defined as a ‘mild’ or ‘high-functioning’ form of autism where the individual struggles with social interaction.

He also spent the next year or so concentrating on his volunteering work, which he continued during lockdown. Wayne signed up as a COVID-19 Community Volunteer, delivering food packages to people who are self-isolating and helping out at his local foodbank and hospital.

Wayne got back in touch with Vanessa to help him on his quest to find employment in his new career path. She applied for funding from the housing association’s charity, Riverside Foundation, to pay for him to study an SIA security training qualification which he completed recently.

The foundation also paid for his DBS clearance check, which is needed for security jobs, and his personal protective equipment so he could work safely during the pandemic.

“I’m really pleased to be getting my life back on track thanks to Vanessa’s guidance and funding from Riverside to help me on a new career path,” Wayne said.

As a result of Wayne’s hard work and perseverance, he received three job offers: working for a security firm to implement COVID-19 safety procedures, as an exam invigilator, and as a COVID-19 safety steward with Liverpool Football Club.

Wayne has accepted all roles and is also continuing to volunteer.