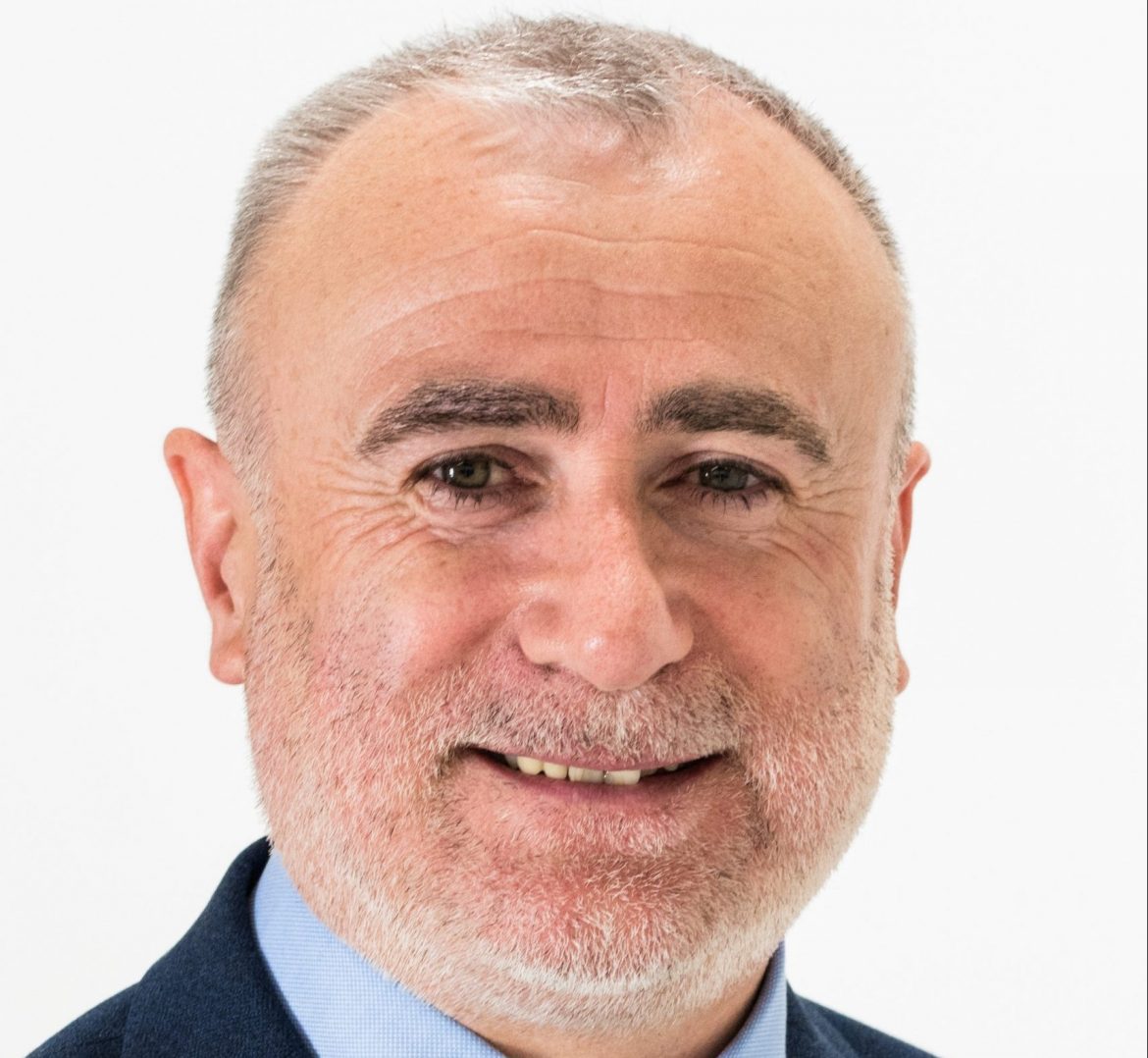 From taking two trophies at this year’s Northern Housing Awards to being accredited as a champion of diversity and customer service, Manningham Housing Association has accrued much recognition over recent years. Liam Turner talks to CEO Lee Bloomfield about the organisation’s success and how it intends to continue delivering for customers

Manningham Housing has had a lot of success over the past couple of years. Does it feel as though you have a lot of momentum behind you at the moment?

Going back a bit in our history, is that we were, around four years ago when I started, a G3/V2 organisation, and we’ve been on this improvement journey [now a G1/V1]. We see it as going from this zero-to-hero type of thing. One of the other things we did was, while we were getting our house in order, keep a low profile for a while. So, we did have to push ourselves because we needed to build on that infrastructure.

The success of the organisation, from my perspective and the board as well, is a combination of governance, dedicated staff, a strong tenant voice, and a collective determination that you can deliver outstanding results for the organisation and the community. We’ve built this momentum up over the last three years. We are quite a small organisation, but one of the things we always say is it’s got a big heart and ambitions for itself and our communities. We’re never afraid to speak up for local communities.

What do you attribute your success to?

For any organisation to be successful, you need the culture. That’s the culture of the board, of working together as a collective, that strong challenge, that strong accountability, being very community-focussed, and their awareness of regulatory issues, etc.

We’ve gone through a strong cultural change programme with our staff as well, making them very customer focussed, community focussed. We’ve put a lot more resources into the community area of our organisation. A percentage of our turnover is just dedicated to community investment and partnerships, and that was a real change for us. It wasn’t just bricks and mortar stuff.

That strong tenant voice is a really key one for us as well. We have a really strong customer panel, and the chair of that panel sits on our board and always brings that customer voice to the board.

The tenant who sits on your board, that’s Cath, isn’t it, who won Tenant of the Year at the Northern Housing Awards 2022?

Yeah, that’s Cath [pictured]. With the code of governance as it is now, it’s a six-year term for board members, and Cath is currently on her fifth year. She retires next April, unfortunately. I’d like to keep her around another six years.

We’ve got people on the customer panel who will potentially take over and we will do mentoring…They will have at least sixth-months’ mentoring with Cath before they step up to the board. That’s a good way of doing it. I think Cath still wants to be about when she’s finished.

Does having tenants like Cath on your board also contribute to your success?

It does. One of the things we always say is that, without customers and communities, we wouldn’t exist. We just put a real emphasis on having that strong tenant voice.

I think one of the more recent successes for us really was the reaccreditation of our customer service excellence. After that rigorous independent inspection, we achieved the highest possible Compliance Plus rating in 11 areas of the work. The assessor described us as a “beacon of hope” during that period.

All that is a testament to the way the organisation has become very customer-focussed and community-focussed and that we were able to put our energy into that.

Are there many other housing associations that have achieved the same high level of accreditation?

You’re part of a small minority, then.

One of the most important ones for us around customer satisfaction is around that Net Promotor Score. When we start comparing ourselves with the likes of Starbucks and all those kinds of things, for me, it just says that we don’t always need to compare like for like in that respects.

We compare like for like with other housing associations around KPIs and benchmarking through community and housemark and all those kinds of things. But I just think that, when it comes to customer satisfaction and customer service excellence, you want to pitch at a really high level that you are comparing yourself against the best in some ways.

And that’s why we went for this kind of organisation [assessor]. We looked around, and we did our research when we were choosing somebody to come and work with us to do this.

What is your Net Promotor Score at the moment?

42 I think it is at the moment. It does fluctuate, it’s a point in time, but it’s usually around that high level. I’d like it to be higher, but from our perspective, comparing against some of the big organisations is a good thing.

Your customer satisfaction level is around 90% or higher. Is it difficult to maintain that kind of level?

One of the things we said during COVID is that we may find it difficult to maintain that level because a lot of things were online, we weren’t open, and those kinds of things.

By how much do you intend to grow your housing stock?

We’ve gone through the process of refinancing in the last 18 months, and part of that was to really reassess some of the big loans that we’ve had for many years and get a better interest rate on those and those kinds of things.

One of the main plans with that was to free up a revolving credit facility, which means that we’ve got money accessible for growth. We’ve got around £10m for growth over the next four years. On average, that’s about another 100 units of family accommodation accessing grant.

One of the things the board say is that they don’t need to necessarily need to be within the Bradford context. So, if there was a BME housing need within an hour’s radius of Bradford, and there was a willingness of the local authority to work with a BME housing provider, then we could look at that as well.

It’s not at the moment because we haven’t actually got anything on the ground. We’ve purchased…another four, just on the open market, because we saw a property that was a relative new-build, that had affordable rent attached to it, we’ve managed to let one for social rent.

From that perspective, it’s been really helpful. I think the challenges are that we are seeing an increase in our costs because of the supply chains and because of materials going up. Our day-to-day repair costs are slightly higher because contractors are having to pay more for the items to do the repairs and maintenance.

So, it will be a challenge, we know that…What we’ll look at is a range of options. We’ll do some purchase and repair, we may do some new-build if it stacks up. I think for us there are some Section 106s that may come our way as well.

How much of a concern is the current cost-of-living crisis?

It’s one of the things we’ve put in our register, this cost of living. From a strategic point of view, we see this as a potential risk to things such as our income and the adverse effect it has on tenants.

“BME housing associations are really close to the communities and they can help more on a local level – I think that’s important, that they understand the customers”

We helped one tenant pay off – it was getting to £2,000 in areas – we helped him get an award to pay that off. The staff are really in tune about what’s going on on that local level.

It is a challenge, and it’s not obviously just Bradford tenants. Throughout the country it’s a challenge.

The majority of your tenants are from black and asian backgrounds. Are those communities having a harder time at the moment?

What we have to do is focus our efforts on trying to make people more resilient to these things. There are no quick fixes to these, but I think that the importance of having BME housing associations is that they are really close to the communities and they can help more on a local level. I think that’s important, that they understand the customers.

How do you think the 2025 City of Culture of status will affect Bradford residents long-term? Do you think it will be beneficial?

But I think this is a really positive thing for Bradford, and I think it will help lift spirits.

What about levelling-up – are you seeing much benefit from that?

Through the West Yorkshire Combined Authority, there is money available which is already there to try and address some of these issues around levelling-up, particularly around infrastructure, those kinds of things. It’s not new money. We haven’t had any kind of impact from central government saying, this is a levelling-up pot for Bradford and this is what it entails.

What’s making a difference in levelling-up is the work housing associations are doing throughout the West Yorkshire Combined Authority, particularly around the housing association partnership, where they’ve got very dedicated work streams around housing and health, economic regeneration, employment, all those kinds of things, where everyone is pulling together to work as a collective. I think that’s where we’ll see that impact on a regional basis.

So, it’s not so much what central government is doing, it’s more what organisations are doing within these regional areas?