Softer pace of decline for construction 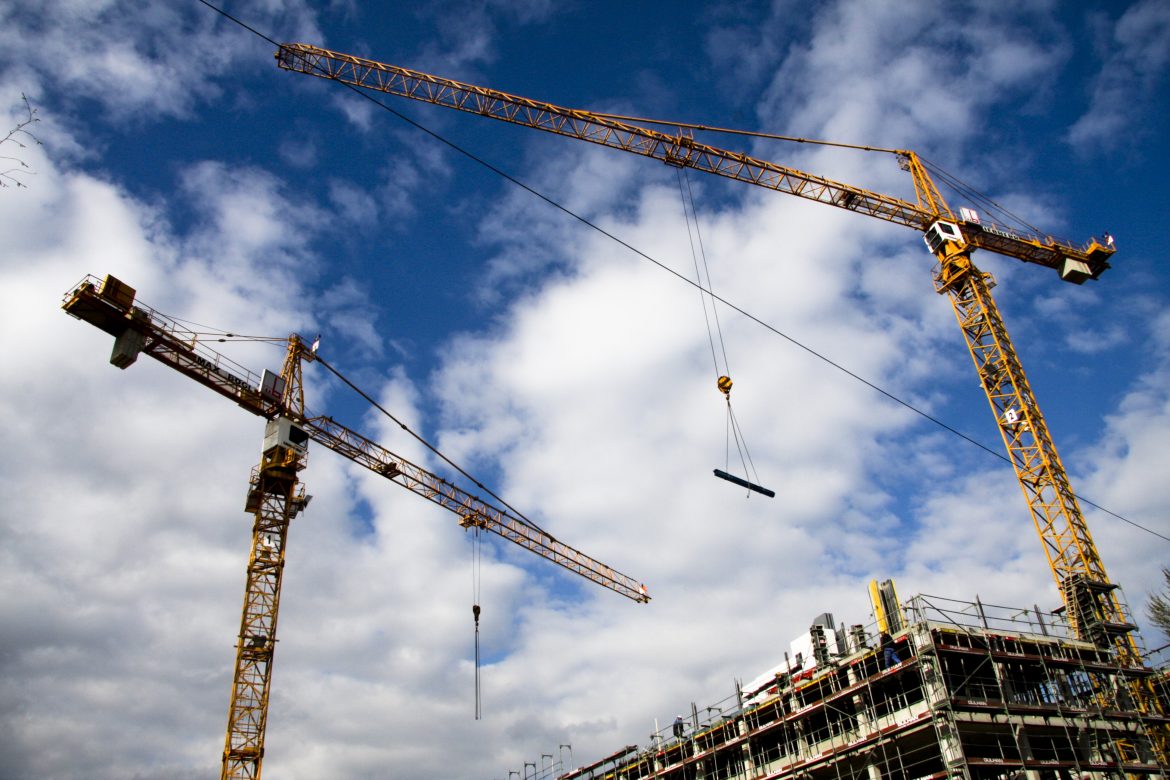 May proved to be another tough month for the construction sector after a record slump in April but is there light at the end of the tunnel?

While the latest survey showed a softer pace of decline than in April severe weakness still persisted in May despite the gradual reopening of construction sites as lockdown measures eased in England.

“A gradual restart of work on site helped to alleviate the downturn in total UK construction output during May, but the latest survey highlighted that ongoing business closures and disruptions across the supply chain held back the extent of recovery,”

At 28.9 in May, the headline seasonally adjusted HIS Markit/CIPS UK Construction Total Activity Index picked up from 8.2 in April but was the second lowest since February 2009. Any figure below 50.0 indicates an overall decline in output.

Around 64% of the survey panel reported a drop in construction activity during May, while only 21% signalled an expansion. Where growth was reported, this was mostly attributed to a limited return to work on site following shutdowns in April.

Construction companies recording a drop in activity during May often cited furloughed staff across the supply chain, as well as prolonged business closures in other parts of the economy and disruptions from social distancing measures on existing projects.

Residential work was the most resilient category in May (index at 30.9), followed by civil engineering (28.6). Commercial building also fell at a slower pace during the latest survey period, but was the worst performing broad area of construction (26.2).

May data also indicated a rapid drop in new orders received by UK construction companies, which was almost exclusively attributed to the COVID-19 pandemic. Survey respondents commented on a sharp decline in demand for new construction projects, although some noted that the reopening of sites had helped to alleviate the scale of the downturn in order books.

“It seems likely that construction activity will rebound in the near-term, as adaptations to social distancing measures become more widespread and the staggered return to work takes effect. However, latest PMI data pointed to another steep reduction in new orders received by UK construction companies, with the pace of decline exceeding the equivalent measures seen in the manufacturing and service sectors,” said Moore.

Mirroring the trend for workloads, latest data indicated that cuts to staffing numbers moderated since April. However, there were again widespread reports that redundancies would have been far more severe without the use of the government’s jobs retention scheme.

Supply chain disruptions were frequently reported by survey respondents in May, with lead times for construction products and materials continuing to lengthen at a rapid pace. A number of firms commented that a lack of capacity for deliveries and ongoing business closures had resulted in the need to source alternative suppliers, which had also pushed up costs.

“Survey respondents often commented on the cancellation of new projects and cited concerns that clients would scale back spending through the second half of 2020, especially in areas most exposed to a prolonged economic downturn,” said Moore.

Looking ahead, construction companies remain downbeat about their prospects for the next 12 months, with sentiment holding close to April’s low. Recession worries and fears of postponements to new projects were commonly reported in May.

“With construction firms anticipating a reduced pipeline of work and fewer tender opportunities, business expectations for the next 12 months remained negative in May. Since the start of the lockdown period in March, business sentiment has remained more downbeat than at any time since October 2008,” said Moore.

One of the worst Mays since PMI surveys began

Duncan Brock, group director at the Chartered Institute of Procurement & Supply added: “The construction sector suffered one of its worst results in May since the PMI surveys began as building work was grounded by the pandemic and lockdown measures.

“Spending was slashed as clients continued to stonewall building firms and put new projects on hold. With furloughed staff across the supply chain, companies saw their capacity leak away and the construction sector now faces the most challenging environment for generations. Building materials were in constrained supply as vendors gradually reopened in May, while items such as personal safety equipment were difficult to source.

“As the sector staggers back to work, and builders put their heads above the parapet, they face a number of obstacles. New safer working practices will ensure operations can continue but client confidence to place new orders is harder to predict. As the furlough scheme is unravelled towards the end of the summer, the floodgates preventing redundancies may also fly open and job losses will follow without a strong pipeline of work waiting in the wings. It will take a long time for the sector to build strength from the ruins of COVID-19.”

Brendan Sharkey, head of construction and real estate at MHA MacIntyre Hudson, said the Government should cut VAT and stamp duty and further delay the introduction of the domestic reverse VAT charge to sustain the sector.

“We’re starting to see an uplift in activity but more activity does not necessarily mean more profit. Housebuilders in particular will be looking over their shoulders at the unemployment figures. If unemployment starts to rise we’ll see a corresponding fall in demand for new properties, which would ultimately lead to redundancies at construction sites.

“Businesses are treading carefully and don’t want to spend more than they have – cash is king. It’s positive that firms are watching their cashflow carefully, but of course a lack of investment will also work against any sudden uptick in demand.

“To help smooth the path back to profitability the government should lower VAT and stamp duty to stimulate the housing market and invest in infrastructure. It should also delay again the imposition of the domestic reverse VAT charge, currently scheduled to kick in on 1 October 2020.

“The reverse charge is not so onerous that it will itself cause businesses to fail but many companies have failed to adequately prepare for it. As the reverse charge directly impacts cashflow it could bring down otherwise viable but ill-prepared companies. Given it has already been delayed once, in less trying circumstances, logic suggests the government should press pause again.”

Worst may be over

Gareth Belsham, director of the national property consultancy and surveyors Naismiths suggested that the worst may be over for the sector, as it looks to rebuild following the pandemic.

“Yes it’s awful, but crucially it’s less awful than April’s data. No-one is talking of green shoots, but some are daring to hope that the worst of the pain may be past,” he said. “New orders are drying up and two thirds of construction firms saw activity fall across the month, but the pace of job losses is easing.

“With construction sites now reopened, albeit running at reduced efficiency as contractors implement social distancing rules, the question is moving to how badly will productivity suffer. Shortages of materials are forcing up input costs and steadily tightening the vice on contractors, so it’s little wonder sentiment has barely budged from April’s low.

“Pushing the restart button on a halted project is never easy, but there is at least the sense that the current teething problems are the industry’s first steps on the long road to the post-COVID world.”

How Dudley Council is renewing its commitment to...

Johnson’s housing plans: How has the sector responded?

Cream of the crop: Celebrating all Northern Housing...