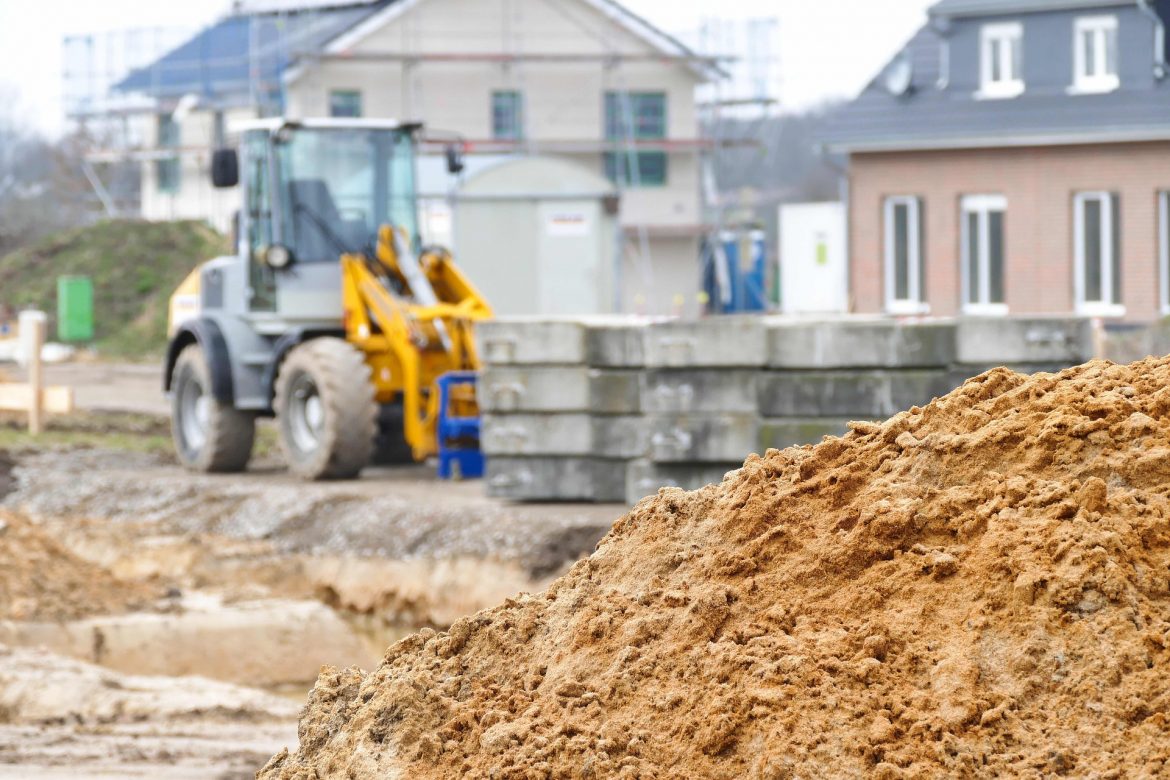 Housing output spiked in the third quarter of the year as the industry recovered from the first wave of the pandemi – but still remains below pre-COVID levels.

That’s according to new figures from the Office of National Statistics, which show that housebuilding output between 1 July and 30 September – which includes both private a public sector homes – rose by 84% compared to the previous three months to £9.7bn.

However, given the severity of the collapse in work in the second quarter, the rapid recovery still left the seasonally adjusted figures still 10% below those seen in the first three months of the year, and 16% below the same three months in 2019.

The figures also showed the month-on-month pace of recovery slowed over the period as output grew, with a 34% recovery in July, a further 10% in August, and 3% in September.

This is the first time output has hit pre-pandemic levels in any part of the housing industry.

However, private housing output for September (£3bn) was still 8% below the figure for 2019.

Fraser Johns, finance director at Beard, said that while the headline figures of quarterly growth in all areas of work were welcome, the slowdown in September was more significant.

“The slowdown in the rate of growth in September possibly reflects the level of uncertainty at that time across the economy as the prospect of a tough winter ahead loomed,” he said.

“So it may be that, with the positive news of a vaccine in recent days, that uncertainty dissolves as we head through quarter four.”

Johns added that the likelihood of a no-deal Brexit could also hamper recovery efforts going into the next quarter and beyond.

Construction output overall increased by a record 41.7% throughout the third quarter of 2020, but slowed significantly in September.

The increase in activity compared to quarter two was driven by record quarterly growth in both new work (40.8%) and repair and maintenance (43.4%).

Construction output was up 2.9% month-on-month in September, again driven by increases in both new work (2.7%) and repair and maintenance (3.4%). This was the fifth consecutive month of growth – but the lowest rise within that time.

The level of total construction output in September was also 7.3% below February’s level, with only infrastructure and private new housing back at their pre-pandemic levels.

Gareth Belsham, director of Naismiths, said: “No other industry can match construction for the sheer white-knuckle severity of its decline, and then meteoric recovery.

“After coming to a halt for much of the second quarter, output across the industry rocketed by 41.7% in the third quarter of the year, and it continues to grow faster than any other sector of the economy.

“The industry as a whole remains 7.3% adrift of its pre-pandemic level, but its two hottest subsectors – private housebuilding and infrastructure – have now rebounded completely.

“With the Prime Minister putting construction front and centre of his recovery plan, the industry is stepping up admirably.”

All other types of work in September 2020 have yet to recover from the shock of the pandemic, with new public housing the furthest below its February 2020 level at 29.4%.

The 40.8% increase in new work in the third quarter was because of record quarterly growth in all new work sectors. The largest contributor to this was private new housing, which grew by 84.4% compared with the second quarter.

There was also a record quarterly increase (89.2%) in new orders following the record 54% fall in the second quarter, meaning new orders had returned to a level similar to the third quarter of 2019.

New public housing was the only sector to decline, falling by 1.8%.

Simon Rawlinson, partner and head of strategic research and insight at Arcadis, said the latest data was encouraging, but added there was still a hole in the order book worth around £6bn.

He said: “The top-line increase in orders is very encouraging, but [there has been] no sense of a ‘bounce back’ so far, with work deferred during lockdown coming back more quickly.

“On output, growth appears to have petered out during September. This is consistent with other data including the PMI, which suggested that the bounce-back was losing momentum.

“It is difficult to tell how much of this is output lost through lower productivity and how much through lower demand, but the data is a useful reminder that the impact of the first lockdown continues to weigh on the sector.”

Overall, UK GDP grew by 15.5% in the third quarter of this year as the economy recovered from the shock of the first lockdown.

But that still left the economy around 9.7% smaller than it was at the start of the year. Compared with the same quarter a year ago, the UK economy fell by 9.6%.

Notwithstanding construction services, output grew by 14.2% from July to September, while production output increased by 14.3%.