Home Features Sunak vs Truss: Who would deliver for Housing? 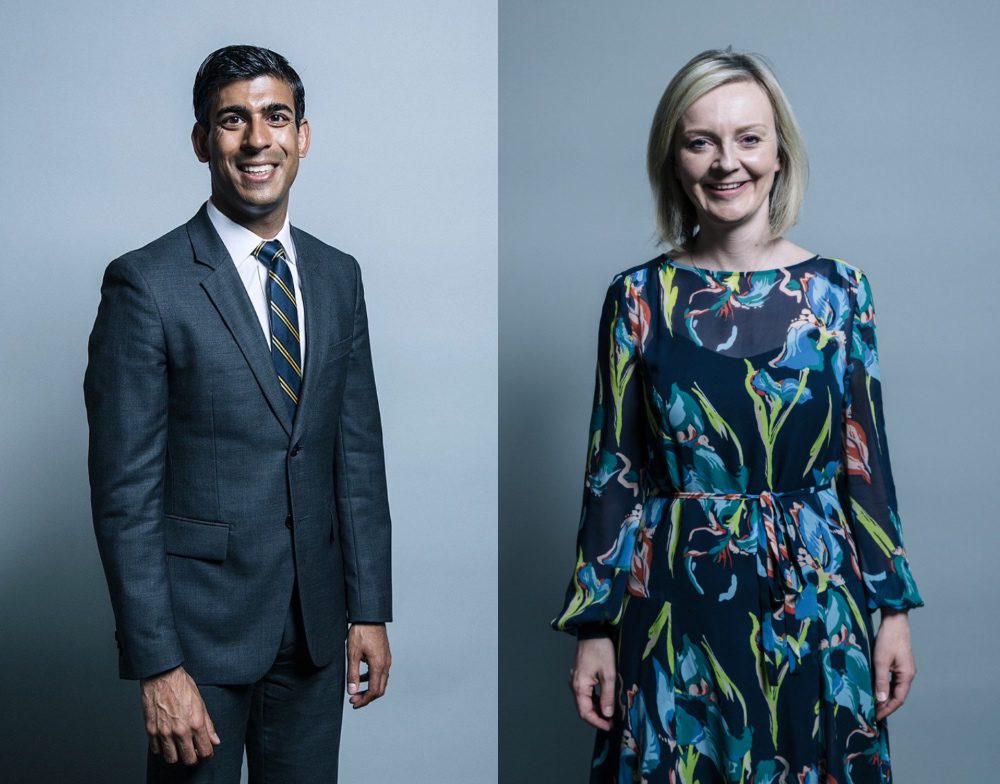 On 5 September, the UK will have a new prime minister. Rishi Sunak, the fiscal pragmatist, or Liz Truss, the tax-cutting radical. Whose approach to housing policy would benefit the sector the most? Housing Digital investigates…

Sunak, 42, is known for his practical approach to economic policy and is seen as a centrist within the Conservative Party. Largely unknown before 2020, his profile has ballooned since he became chancellor in February 2020, a role in which he remained till just a few weeks ago. He is a Brexit supporter, a position that he has always publicly held.

Truss, 47, is known for her economic libertarian views and sits to the right of the Conservative Party. She has held a number of government posts since being elected as an MP in 2010, including as minister for Women and Equalities, Trade secretary, Justice secretary, and, most recently, Foreign secretary. Although Truss campaigned against Brexit in 2016, she has since changed her stance and is now in favour of the move.

It’s a little unclear as to what shape the housing landscape might take under either candidate – especially as neither hopeful has held any government role directly pertaining to the sector. However, looking at their history and recent campaigning, we can glean some insight into what each appointment might mean for the sector.

There are three core issues the housing sector is currently having to grapple with: decarbonisation, housing delivery, and building safety. It is through this lens that we will analyse both Sunak and Truss’s approach to housing.

During a recent TV debate, Sunak said he would help households with the rising cost of living through installing insulation in millions of homes, thereby reducing their energy usage and energy bills.

The Energy Savings Trust estimates that loft insulation could save a terraced house £230 a year on energy bills – but it also would cost £500 to install – hence the need for government support.

That said, Sunak doesn’t have the greatest track record when it comes to decarbonisation. As chancellor, he unveiled the Green Homes Grant scheme, which offered £10,000 to homes to help install insulation measures. The scheme was scrapped less than a year later after achieving just 10% of its target.

Although Liz Truss has backed the PM’s net-zero pledge, she said during a recent TV debate that she would impose a moratorium on the green energy levy (while also pledging to somehow boost investment in renewables). While such a move might prove popular at a time when household energy bills are rocketing, in the long run, it would do little to help the sector hit its decarbonisation targets.

In 2019, Truss was quizzed on government housing targets and was unable to recall how many homes had been built since 2014 under the government’s Starter Homes scheme. It should have been “easy to remember”, according to interviewer Andrew Neil, as the number was zero.

In the same interview, she said her government had delivered a “significant number” of new council homes. Truss was unable to recall the exact figure when pushed, which, as Neil reminded her, was just 2,640 – despite a waiting list of around one million people at the time.

More recently, in an interview with the Sunday Telegraph, Truss said that she would abolish “top-down Whitehall-inspired Stalinist” housing targets, arguing that such policy is the “wrong way” to generate economic growth.

On planning, Truss recently said that, “at the heart of my vision for levelling-up,” would be plans to remove restrictions and other regulations to boost housebuilding and other development in new ‘investment zones’. She had also previously spoken in favour of zonal planning, a policy previously espoused by former housing secretary Robert Jenrick. The policy would see permission granted automatically on sites earmarked for development.

What about Sunak? Well, we know he likes houses – he has four of them – and it was under his chancellorship the government launched a number of schemes aimed at boosting housing delivery.

During the last autumn budget, Sunak confirmed the £1.8bn brownfield development fund, which he said would “help unlock” one million new homes. He also confirmed a £11.5bn pot to deliver new affordable housing – 180,000 of which would be on brownfield land.

Although these targets may soon be irrelevant, out of the two candidates, Truss would stand a better chance at hitting them, especially if she commits to both green belt and brownfield development.

One of the first things Sunak did as chancellor was announce a £1bn safety fund in a bid to remove all unsafe combustable cladding from all buildings above 18 metres in height.

This proved to fall far short of the amount needed, however, and Sunak later increased the funding by an extra £4bn. Many think this figure is still not enough to meet the full extent of remediation works; yet, former Housing secretary Robert Jenrick had said that Sunak and the Treasury were unwilling to cut any further slack on the matter, despite his efforts.

It’s clear Sunak is fully behind the drive to rid tall buildings of dangerous cladding, but with £5bn already pledged to the cause, it may be wishful thinking to hope for anything more – despite glacial progress being made on getting funds to leaseholders and completing remediation.

Truss has had little to say on building safety over the past few years – which is as you might expect, given her ministerial posts. It’s therefore unclear as to what additional support the sector and affected tenants might get if she were to come into power.

One aspect of housing policy on which both Sunak and Truss are aligned is home-ownership. It’s not one of the big three issues on which registered providers are focussed, but it is one the Conservatives seem intent on pursuing in perpetuity.

In 2019, Truss shared a video in which she spoke of “reviving the British dream of home-ownership”. More recently, during the 2022 leadership campaign, she said she wanted rent payments to be used as part of mortgage affordability assessments; Truss said she would “break down barriers” to help those eager to get on the housing ladder.

Sunak appears similarly committed to home-ownership. As chancellor, he introduced 95% mortgages in a bid to help people get on the housing ladder with a lower deposit. It was also under his chancellorship that the government introduced a holiday on stamp duty, which ended last summer following a three-month extension.

Whoever wins the contest, and whatever the wider economic situation, home-ownership is where the focus of their housing policy will surely lie. Expect both candidates, too, to continue Johnson’s Right to Buy revival – much to the chagrin of registered providers.