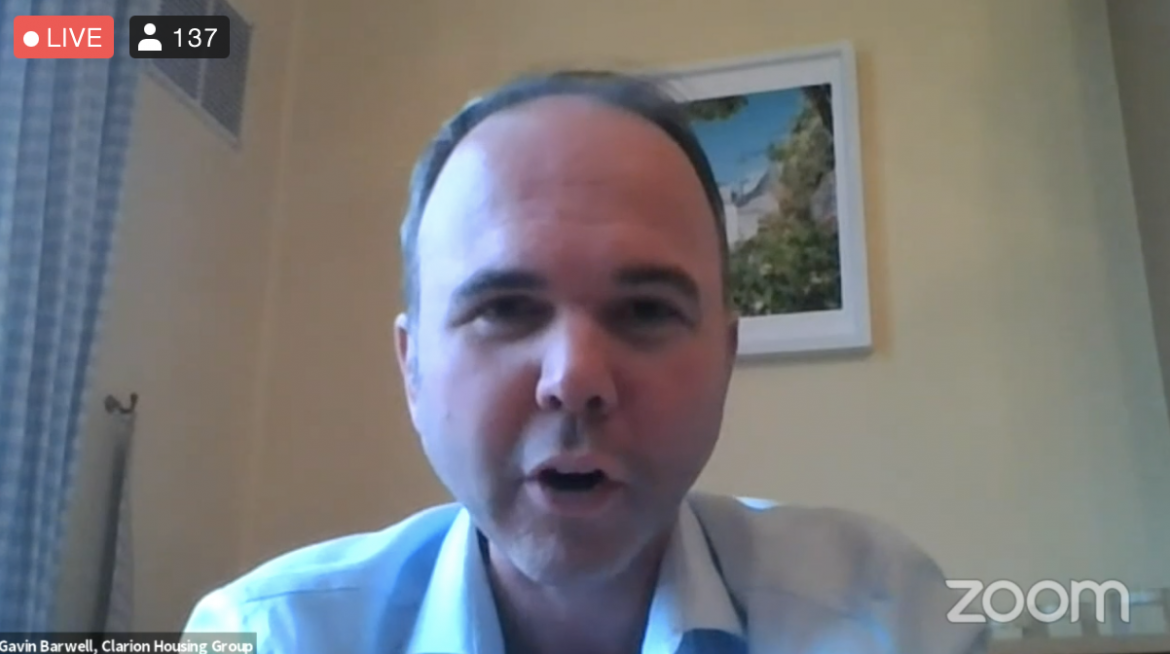 Sustainability, building safety, and the housing crisis were the main talking points at this year’s Board Excellence in Housing event, which took place earlier this week.

While many of the sessions focussed on one of these issues specifically, the sentiment often came back to whether housing associations would be able to meet their obligations – both contractual and otherwise – in each of the three areas.

Kate Henderson, chief executive of the National Housing Federation (NHF), which hosted the event, raised the issue during a discussion on the post-COVID recovery.

“We have to retrofit our home – but we also desperately need to do supply,” she said, adding that investing in building safety is “non-negotiable”.

The three-pronged dilemma was again raised by Sovereign chair Paul Massara highlighting the balancing of priorities with which the sector must contend and the “competing demands for capital”.

Simon Rubinsohn, chief economist at the Royal Institution of Chartered Surveyors (RICS), thought the issue was indeed a financial one – one dictated by the willingness of the government to engage with the sector.

“It’s going to be hard to deliver on all of these really ambitious goals that the sector has got to grapple with over the coming years in the absence of significant funding,” he said.

However, he added: “It’s encouraging that we’re seeing the financial markets being supportive of the housing sector.”

While Regina Finn – chair of the Low Carbon Contracts Company and board member of Places for People – recognised the difficulties posed by insufficient government funding, she stressed that the key to success was not purely financial.

She said: “Waiting for government to fund everything is probably not going to be the only solution…It’s not all about the funding, it’s also about the efficiency.”

On the issue of sustainability itself, Finn said: “There is no excuse for us to not build low-carbon homes.”

Gavin Barwell, a Clarion board member and former chief of staff to Theresa May, said “it’s not going to be easy” for housing associations to meet both the demand for housing and sustainability targets.

Barwell thought the job of retrofitting existing homes in itself would be difficult.

He said: “There is going to be a very significant bill across the sector to decarbonise existing stock.”

Barwell reminded the conference that most of the homes that are going to exist in 2050 – the time by which the UK must by law become a net-zero economy – have already been built, seeking to highlight the scale of decarbonisation the sector is faced with.

It’s a challenge that has been amplified by the announcement earlier this month that all new-build homes in the UK must be constructed to zero-carbon standards by 2025.

Revealing the “radical new measures”, Housing minister Christopher Pincher said emissions from new homes would be reduced by a minimum of 75%.

In a session on the looming end of Section 106 and the incoming Community Infrastructure Levy, there was consensus that the number of new homes being built would fall below already low levels.

Julian Ashby, chair of Paradigm Housing, said: “A whole new level of uncertainty has been added to a development environment that was already facing unprecedented levels of uncertainty.”

He added: “There’s a lot of certainty that’s needed before we can start planning again.”

The government wants private housebuilders, housing associations, and councils to ramp up annual construction to 300,000 a year by 2025; yet in 2019, just over half this number were delivered (161,022 homes), according to the National House-Building Council (NHBC).

He added: “Almost half of affordable housing in the UK comes through section 106…It’s also not really clear that this change to planning speeds anything up.”

“Is this the right time to be playing with the planning system?”

The conference took place over the course of two days and for the first time in its history was held remotely, due to the ongoing COVID-19 crisis.

The pandemic itself was a significant talking point, with discussion often turning to the economic impact of the virus on both housing associations and their tenants.

Bharat Mehta CBE, CEO of Trust of London and board member of Home Group, sought to highlight the inequalities that the pandemic has exposed within society.

“If there’s one thing that COVID-19 has shown is the extent to which inequalities exist,” said Mehta.

He added that the pandemic has not necessarily made these inequalities worse, but it has “merely emphasised” the existence of those inequalities.

During a discussion on challenging institutional racism, Dr Halima Begum, director of Runnymede Trust, said: “The end of the eviction ban in March is going to have a devastating impact on worst-hit BME communities.”

She added: “It needs to be prolonged – otherwise it’s going to have a devastating effect.”

Kate Henderson said: “I am proud to be working in the social housing sector – but never more so that over the past year.”

She added: “You’re making a massive difference to the communities in which you work…The pandemic has shown that our homes have never been more important to us.”