Talk To Me Worcester relaunched for 2020 after COVID disruption 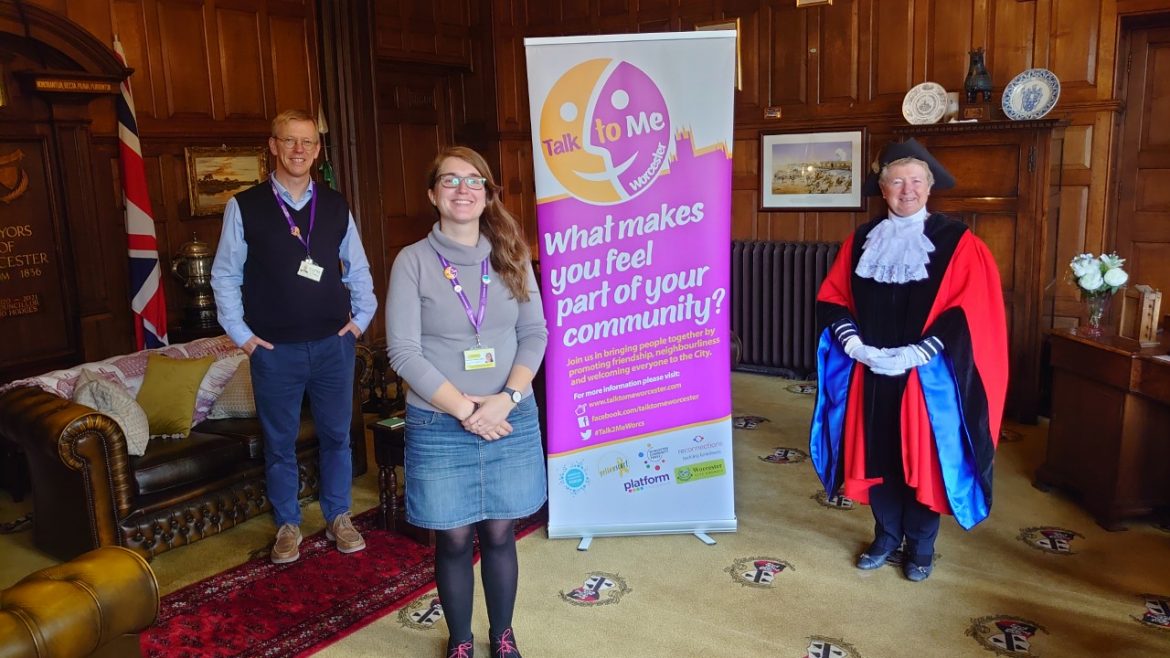 A housing association has pledged its support for an initiative that aims to bring people together through conversation and promote neighbourliness in Worcester.

Platform Housing Group – which has its headquarters in the Midlands – has joined forces with a host of other organisations to help develop the Talk To Me Worcester campaign.

Tom Piotrowski, Inclusion and Diversity advisor for Platform Housing Group, explained: “There has never been a more important time for people to reach out to others as there is today.

“We thoroughly support this initiative and the good work that it does in helping to alleviate isolation and loneliness.”

The campaign was initially launched in January 2019, and in its first three months 1,500 people took part in a range of events throughout the city.

The campaign launched again in January 2020, and was due to run till the end of May.

“Sadly, due to the pandemic many of these had to be called off, while team members were either furloughed or assigned to support the relief activities elsewhere.

“We have not given up, however, and have decided that now is the right time to re-focus our efforts with this campaign, particularly as both lockdowns during the year have increased people’s feelings of isolation and loneliness.

“Our aim is to resurrect the good work and outcomes of this initiative. We are also delighted to be joined by a group of young people who have been successful in securing funding for the campaign from the European Solidarity Corps of the European Commission.”

Councillor Jo Hodges, Mayor of Worcester, said: “Every time we make a link with other people in our community through a friendly word or two, it enriches our lives and shows how powerful speaking with others can be.

“Talking with other people reduces isolation, builds stronger and more resilient communities and improves the well being of individuals, families and the wider community.

“Simple as it may be, sometimes even the shortest conversation can work wonders.”

Platform Housing Group owns and manages 46,000 homes across the Midlands, with a portfolio that includes social and affordable rent and shared ownership houses.

The group has G1 governance and V1 financial viability ratings from the Regulator of Social Housing and a Standard and Poor’s A+ rating.