Home Features The hopes and dreams of Lovell Partnerships

The hopes and dreams of Lovell Partnerships 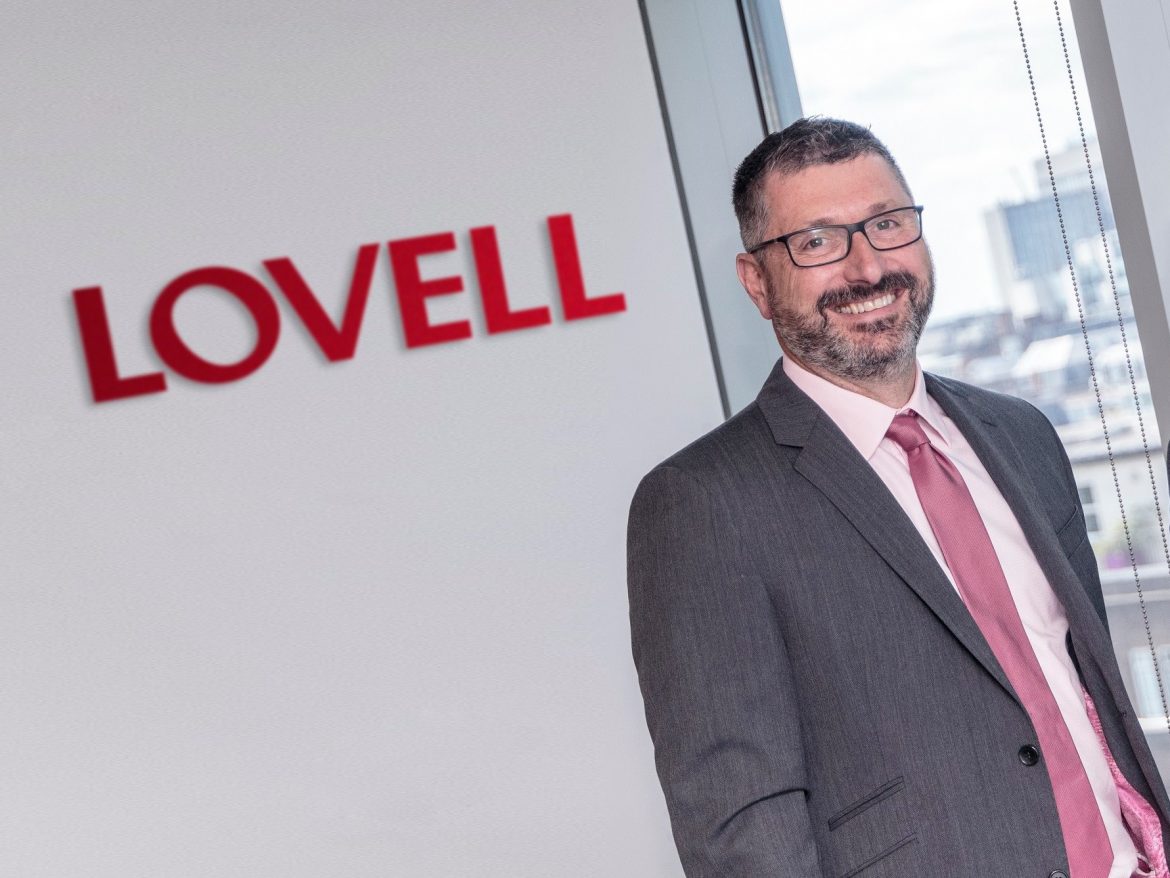 At the start of March 2020, the managing director of the London and Southern arm of Lovell Partnerships declared his ambition for Lovell to become a £1bn business in three years. A bold projection, which at the time represented a 100% increase in its annual turnover.

Unbeknown to Stuart Gibbons, the UK would enter full lockdown just two weeks later. Businesses closed, people stayed home, employees went on furlough. And for Lovell Partnerships, a peak of 93% of construction sites completely closed, while those that remained open were forced to operate at a limited capacity and with limited resources.

Naturally, Stuart went back to the drawing board and revised Lovell’s ambitions in light of the disruption caused by COVID-19… Or did he?

“COVID or no COVID, people need to live somewhere,” says Stuart. “As a business you have to be agile, and those businesses that can adapt will survive – it’s just about trying to respond to what the market throws at you.

“So I think a lot of challenges over the next, certainly this year, and the next few years,” he adds, “but I don’t think that that dims our ambition.”

That said, financial reports released just last week by Lovell’s parent company, Morgan Sindall, showed a sheer drop in both revenue and profit over the first half of 2020. From the start of January to the end of June, revenue fell 31% to £165m, while operating profit fell by 53% to £3m. 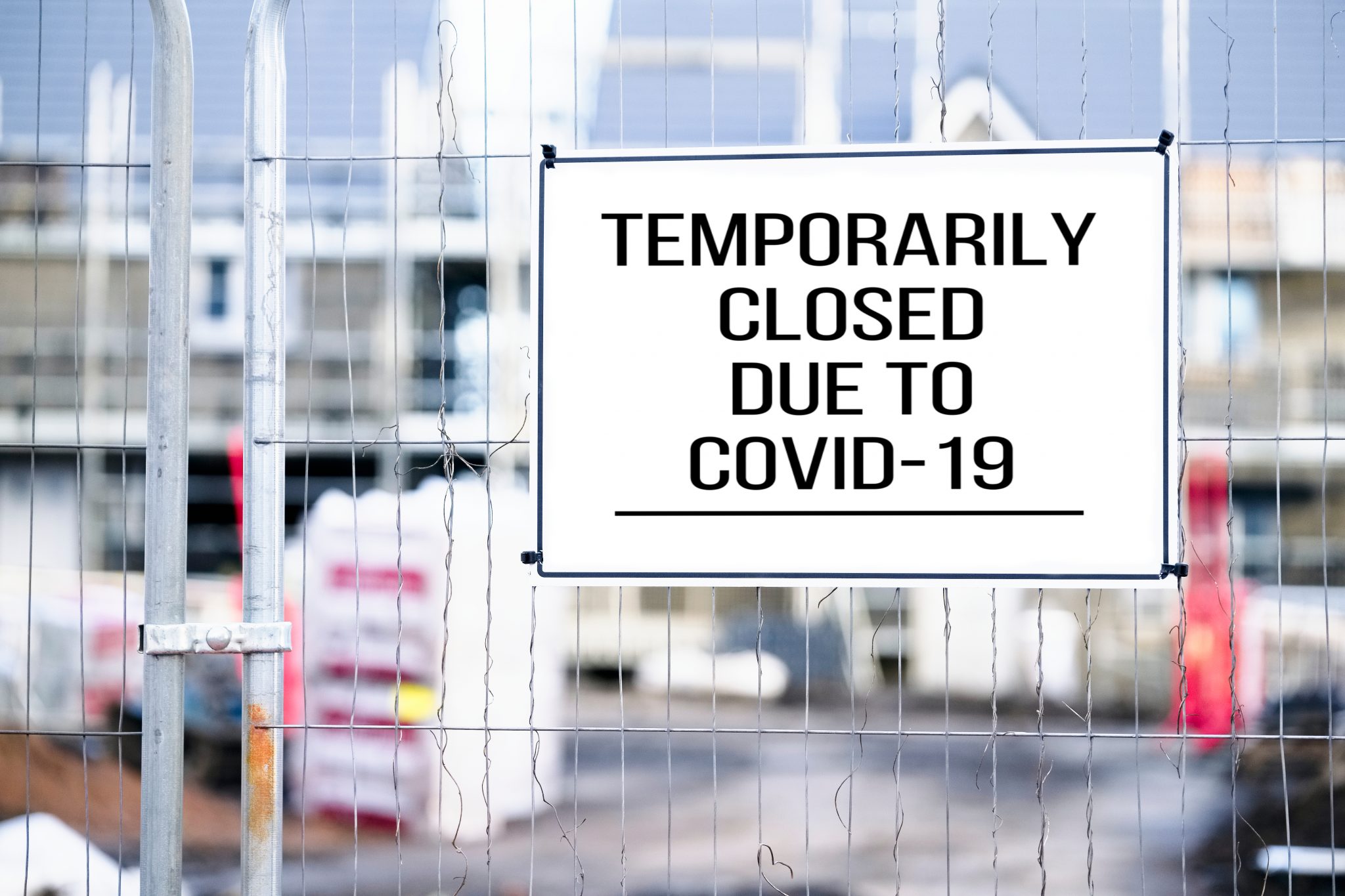 “If you look at the Morgan Sindall statements that came out showing the half-year results, it’s very clear that that [COVID] will impact volume and profitability going forward,” he says.

“But we are relatively financially strong. I’ve seen Morgan Sindall has said that any furlough money that we’ve received we’re going to be refunding to the government…I think that speaks to the strength of the group overall.”

Despite his defiant optimism, Stuart is cognisant that things aren’t going to go back to how they were pre-pandemic, and that it may take some time before the situation settles down.

“That’s a little bit more difficult because you’ve got to move up and down buildings and logistically it’s tighter,” he says. “So we’re not quite there, but we’re a long way down the road in being back to normal.”

COVID-19 may have put a dent in Lovell Partnership’s operations, but if Stuart’s prediction is anything to go by, it’s nothing that won’t buff out.  But how exactly does Lovell Partnerships plan on achieving a £1bn-a-year turnovers in a mere three years’ time?

For Stuart, it comes down to simple economics.

“The fundamentals of why we’re here in the housing market still remain,” he says. “So obviously there’s still a huge supply-side deficit…we talk about it a lot and we never hit the target, and that provides us with a significant shortfall, significant numbers of people either homeless or in bed and breakfast or wherever else that that deficit impacts.

“Then on the other side of the coin, there’s still an affordability impact because of that lack of supply, so people who are getting on the housing ladder who want to be on the private market… There’s a similar amount of inertia in that.

But market fundamentals can only do so much. If it is to not only hit its £1bn target, but sustain a thriving partnerships business into the future and beyond, Lovell will need to ensure it has a unique, effective strategy on which to fall back.

And that’s where mixed-tenure comes in. Since its inception 50 years ago, Lovell Partnerships has made a conscious effort to populate its developments with a variety of homes, whether that’s affordable rent, shared ownership, social housing or open-market housing.

“If you get the placemaking right, people will go there for whatever tenure”

It’s also an area in which Stuart is vastly experienced, having worked on mixed-tenure projects during various stints at both Lovell Partnerships and Galliford Try, where he worked prior to rejoining Lovell in 2018.

“From the perspective of Lovell and other partnerships businesses, mixed tenure does give you a little bit of flexibility with assisted cash flow, a proper proportion of risk and reward,” says Stuart, “because if you are a straight up-and-down housebuilder, you’ve got a lot of work-in-progress cash out before you’re going to get any back in.

“But ultimately, mixed-tenure, when it’s done properly and especially when it’s tenure blind as much of our developments are, is about creating that proper mixed community.

“If you get the placemaking right, people will go there for whatever tenure.”

It’s in the name

Take Trinity Park in Woolwich, one of Lovell Partnerships’ many regeneration projects that contributes to the overall 70% of homes it delivers in partnership with other organisations.

Work began on the £220m project last month, seeing Lovell collaborate with the Royal Borough of Greenwich and PA Housing – which will take on a third of the homes at the Morris Walk estate and allocate them to affordable housing for rent or shared ownership – to renovate and repurpose hundreds of dilapidated flats.

The development is scheduled for seven phases, the construction of which will take over 13 years to complete, with future inhabitants occupying a mixture of one- to three-bed apartments in blocks of up to 10 storeys and three- and four-bed houses. 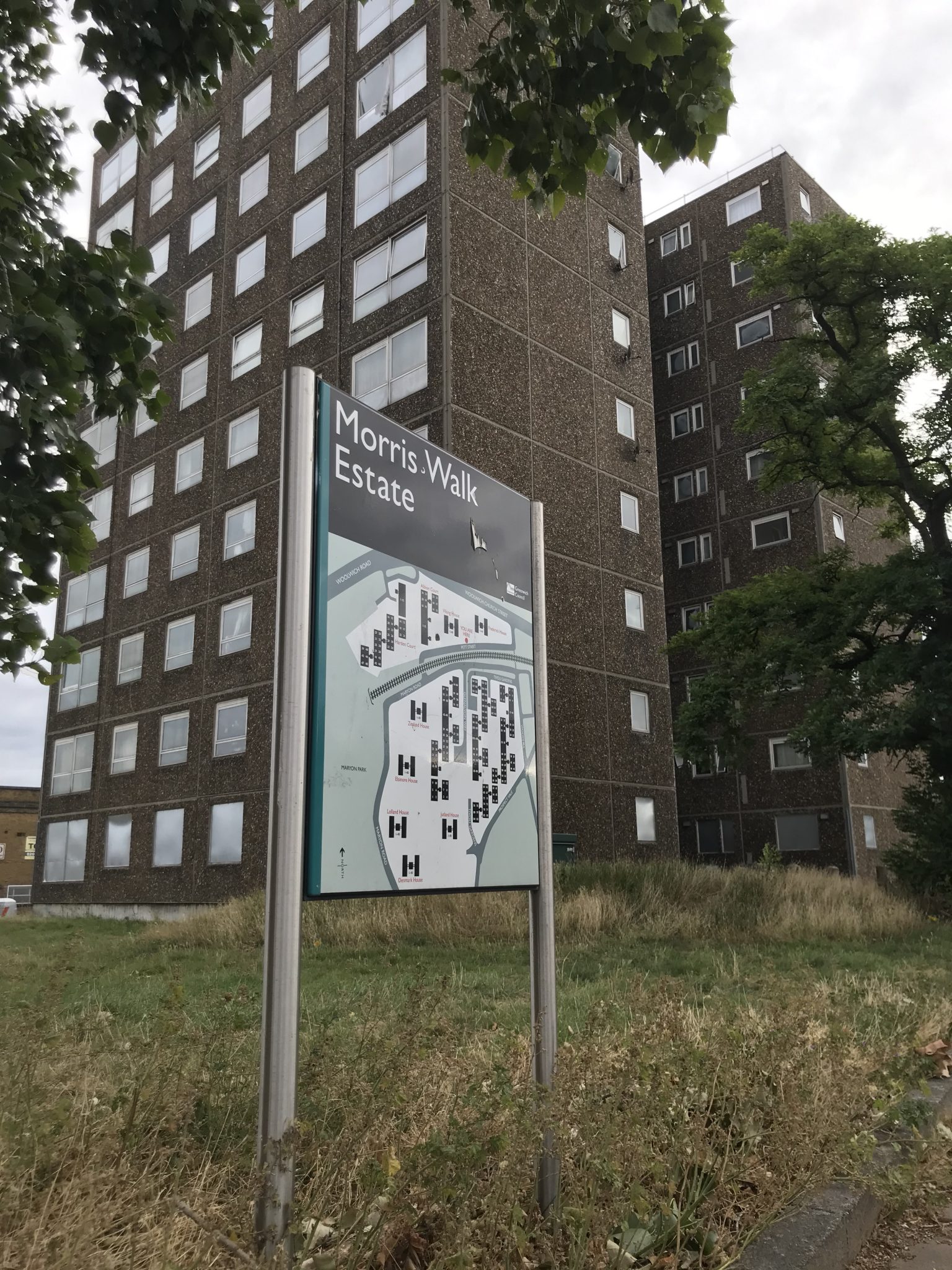 The old Morris Walk estate in Woolwich, yet to be named

The finished development will comprise 1,563 open-market and affordable homes for rent and shared ownership, with phase one’s open-market homes selling out over a year ago.

“Someone was explaining it to me a while back as being like the ladder of opportunity,” says Nick Gregory, Partnerships director at Lovell Partnerships.

“But it’s the bit in the middle where you can’t get from open-market rent to open market sale without going through that ladder of opportunity…and the mixed-tenure approach bridges that gap between one end and the other.”

By working with the Royal Borough of Greenwich and PA Housing, Lovell is able to utilise a wider pool of resources and opportunities than would otherwise be available. And as Stuart says, it also brings the added benefit of seeing a project from different angles. 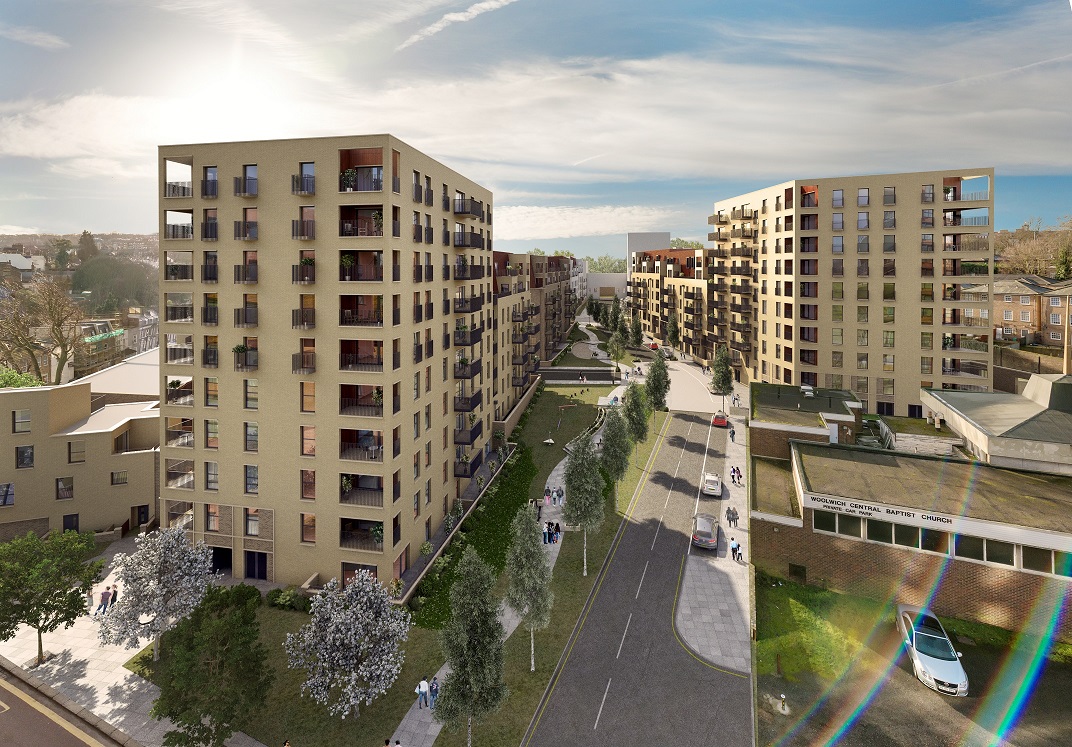 Trinity Walk in Woolwich will provide more than 1,000 homes in a mixture of tenures

“You get used to one another,” he says. “You get to understand what each other’s governance perspectives are, because you are partnering with a pseudo-public sector or public sector body that is heavily regulated.

“The private sector obviously has a different approach to decision making, and the risk environment in developing housing sites, but we continue to learn and we continue to try to play to one another’s strengths.”

Nick adds: “We talk about partnership working and how some of these models have been in existence for ourselves for nearly 50 years.

“We often say – it’s a bit of a cliché – but we say, we’re not a housebuilder but we build houses, and I think there is a difference between the two.”

It’s true: Lovell Partnerships does build houses. But so do many other partnerships businesses – and increasingly so.

Keepmoat and Galliford Try are just a couple of the big names steering their own large partnerships business, each eager to claim a larger piece of market real estate. And with newcomers like McLaren also staking their claim, should Stuart reign in Lovell’s ambitions, at least a little bit?

“There’s plenty in the marketplace – I don’t think anybody has got to steal market share,” he says.

“Because the supply-side deficit is so big, if the funding is there and if the opportunity is there…There’s plenty to do, whether it’s increasing the volume in our existing geographies or spreading our geographies – I think the opportunity to get to that £1bn mark is very much doable.”

But that’s not to say other threats don’t loom larger.

“It could be health and safety,” says Stuart. “I mean Grenfell, the full impact of the Grenfell tragedy is still to come in terms of production, with the new building safety legislation that’s to come out.

“We wait and see whether that will put more inertia into the process or things will be as normal.”

With 50 years’ experience behind it, and Stuart brandishing his own 30 years in the space, Lovell Partnerships is well equipped to deal with whatever turbulence troubles the housing landscape now and in the future.

But will it achieve that fabled £1bn-a-year turnover in as little as three years’ time?

“We’ve got a great reputation and a great name, and we need to leverage that and make sure we contribute to the wider aspiration of that £1bn business,” he says.

Read next: Moving on: How private capital is helping vulnerable adults find their independence