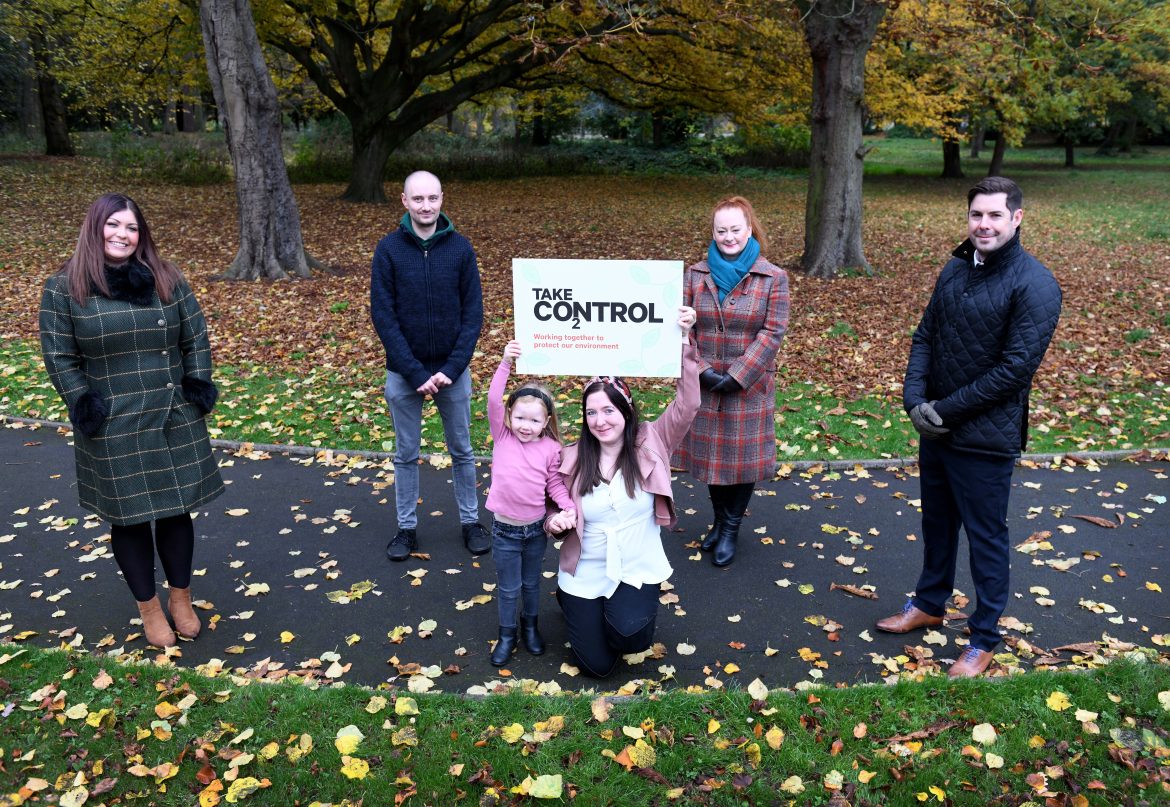 Thirteen has made a pledge to reduce its impact on the environmental with the launch of new sustainability campaign Take Control.

Thirteen’s Take Control campaign will see the organisation commit to its goal of becoming a greener organisation, in line with the government’s target of 100% reduction in carbon emissions by 2050.

Stating that it has an important part to play in meeting this target, Thirteen has set its ambition to reach net-zero carbon by 2035 on its direct business emissions.

Commenting on the launch of the Take Control campaign, head of Environment and Sustainability Samantha Granger said: “We’ve made some significant changes already to help us achieve this.

Thirteen recently opened the first environmental centre in the region and is aiming to reduce waste to landfill by 95% by reducing, upcycling, and recycling its waste.

The system is expected to reduce carbon emissions by around 50 tonnes of CO2 equivalent each year.

Within the centre sits an upcycling department, which will see furniture from empty properties, offices, and unsaleable stock from furniture stores refurbished to help the most vulnerable and those in need

Its innovation lab will be used to test new technology to make homes safer and greener and smarter.

The centre’s ecology area houses classrooms, beehives, bat boxes, and trees, providing local communities with an opportunity to learn about how to improve the environment and contribute toward cleaner, greener neighbourhoods.

“We’re looking at what needs to be done to deliver sustainable homes which are fit for the future and that are right for our customers,” Granger said.

“Retrofitting homes is a challenge and one which everyone is facing.

“Thirteen is already testing out new products, services, and smart technologies which could be used in the future.”

Thirteen’s pilot projects, monitored through sensors, will provide essential insight into how it can move the organisation toward its goal of being carbon neutral, while lowering the costs for customers and providing a new standard of aspirational homes.

Thirteen says its Take Control campaign is a team effort with eco ambassadors, a network of colleagues who are driving the campaign.

“We need to make the right choices now and in the future,” said Granger.

“Our customers are our priority, and what we’re setting out to do will be beneficial for them, so that we can continue to look after their health and wellbeing.

“But we must add value through initiatives, such as tackling fuel poverty, while we continually educate our colleagues so they can support our customers.”

Thirteen customer and mum of two Katie Ball is training to be a midwife after successfully winning a scholarship from the Thirteen Academy.

She said: “I’m proud to be supporting this campaign – as a mum with two young daughters, it’s important that we teach our children about looking after the planet from an early age and set an example to them.

“Hollie is just three and a half years old, and she knows about recycling and why we do it, it’s just become second nature.

“Making simple changes can have a big difference – whether that’s donating old clothes and school uniforms, so they can be re-used by someone else or remembering to take re-useable bags to the supermarket, rather than using plastic.

“I always think about what we can re-use and hand down to Hollie’s little sister Harper too.

“We must all take action now to protect the environment for future generations.”

Granger added: “Reducing our carbon footprint is everyone’s responsibility, and there are many ways that we can all contribute.

“We all have to make some changes to the way we live, and we should keep up with the good habits that many of us already have, such as recycling, reducing waste and using more environmentally friendly ways to travel.”

Thirteen owns and manages around 34,000 homes from an area spanning North Tyneside to York – the majority in the Tees Valley – making it the largest landlord in the North East.

Read next: Housing Plus Group marks anniversary by reaffirming commitment to affordable homes