UK homeless deaths rise by more than a third 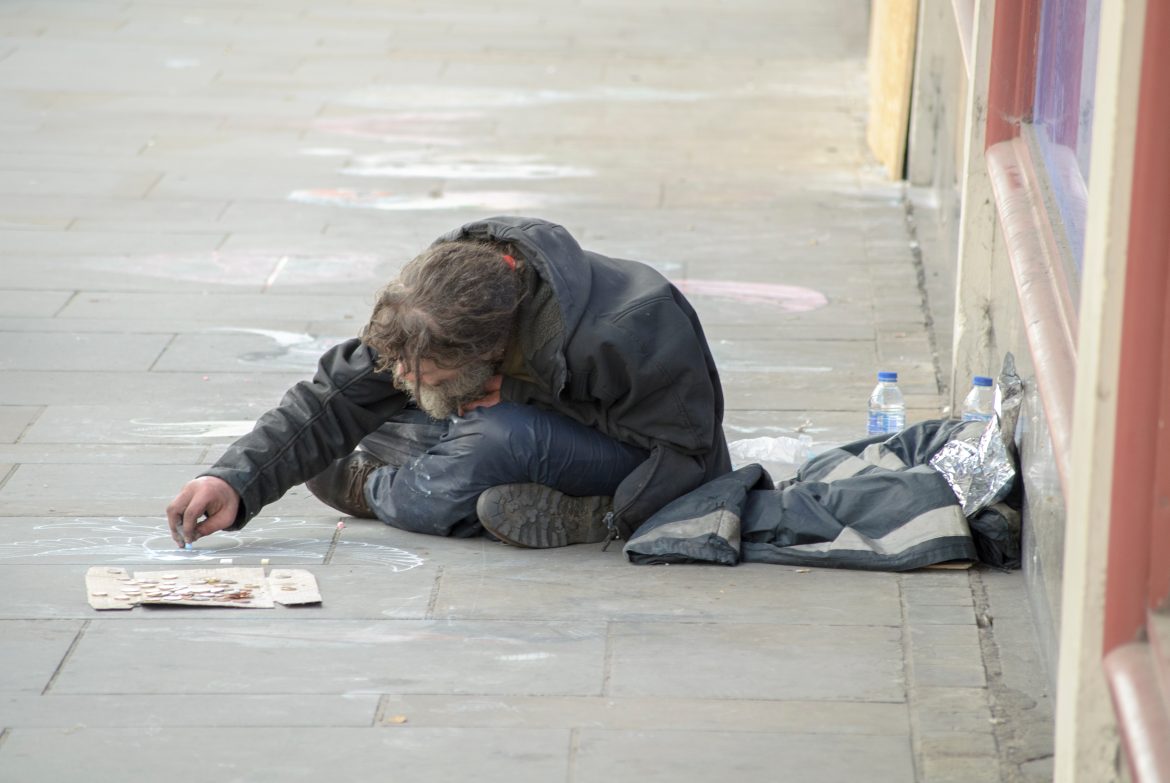 The number of people dying while homeless in the UK has risen by more than a third in a year, according to analysis by the Museum of Homelessness (MoH).

The social justice group, which runs the Dying Homeless Project, found nearly 1,000 homeless people had died within the UK in 2020, in what amounted to a “terrible loss of life”.

Among cases where a cause of death was confirmed, 36% were related to drug and alcohol use and 15% were suicide.

MoH co-founder Jess Tuttle said the findings showed how the pandemic had hit a system “already cut to the bone” by austerity.

The MoH is now calling for a national confidential inquiry into homeless deaths.

The figures within the latest study included the deaths of people who were living on the streets, sofa surfing, and in emergency or temporary accommodation for people who are homeless.

The project used information from coroners’ enquiries, media coverage, family testimony, and freedom of information requests to verify details of each case.

Separate figures by the Office for National Statistics (ONS) published in December 2020 found the number of people dying while homeless in England and Wales rose for the fifth year in a row in 2019.

Meanwhile, the number of people sleeping rough on the streets of London surged by 170% between 2010 and March 2020, according to figures provided by the Combined Homelessness and Information Network (Chain), part of St Mungo’s.

The rise in fatalities comes despite the government’s Everybody In scheme, which was launched at the beginning of the COVID-19 to provide safe shelter for rough sleepers.

During the first lockdown, approximately 29,000 people were helped into accommodation, with thousands initially housed in budget hotels.

Less than 3% of recorded causes of death were directly due to COVID-19, the MoH found, which it said was one of the programme’s “significant achievements”.

However, Tuttle said the scheme failed to prevent “a staggering increase” in the number of people dying while homeless.

Commenting on the study, Shelter chief executive Polly Neate said: “Pre-pandemic, there were over a million households on the social housing waiting list. As we look towards recovery, ending the housing crisis must be a priority.”

She added that the government needs to commit to building more social housing.

A spokesperson for the Ministry of Housing, Communities, and Local Government (MHCLG) said: “Every death of someone sleeping rough on our streets is a tragedy.

“We agree a safe home for all is vital – that’s why we’re providing over £700 million this year and £750 million next year to tackle homelessness and rough sleeping, including delivering 3,300 long-term homes this year.

“The latest figures show that our ongoing Everyone In initiative had housed 33,000 people, supporting 23,000 into settled accommodation or with move on support – and it will continue to protect thousands of lives.”

Read next: MHCLG to move from Whitehall to Wolverhampton