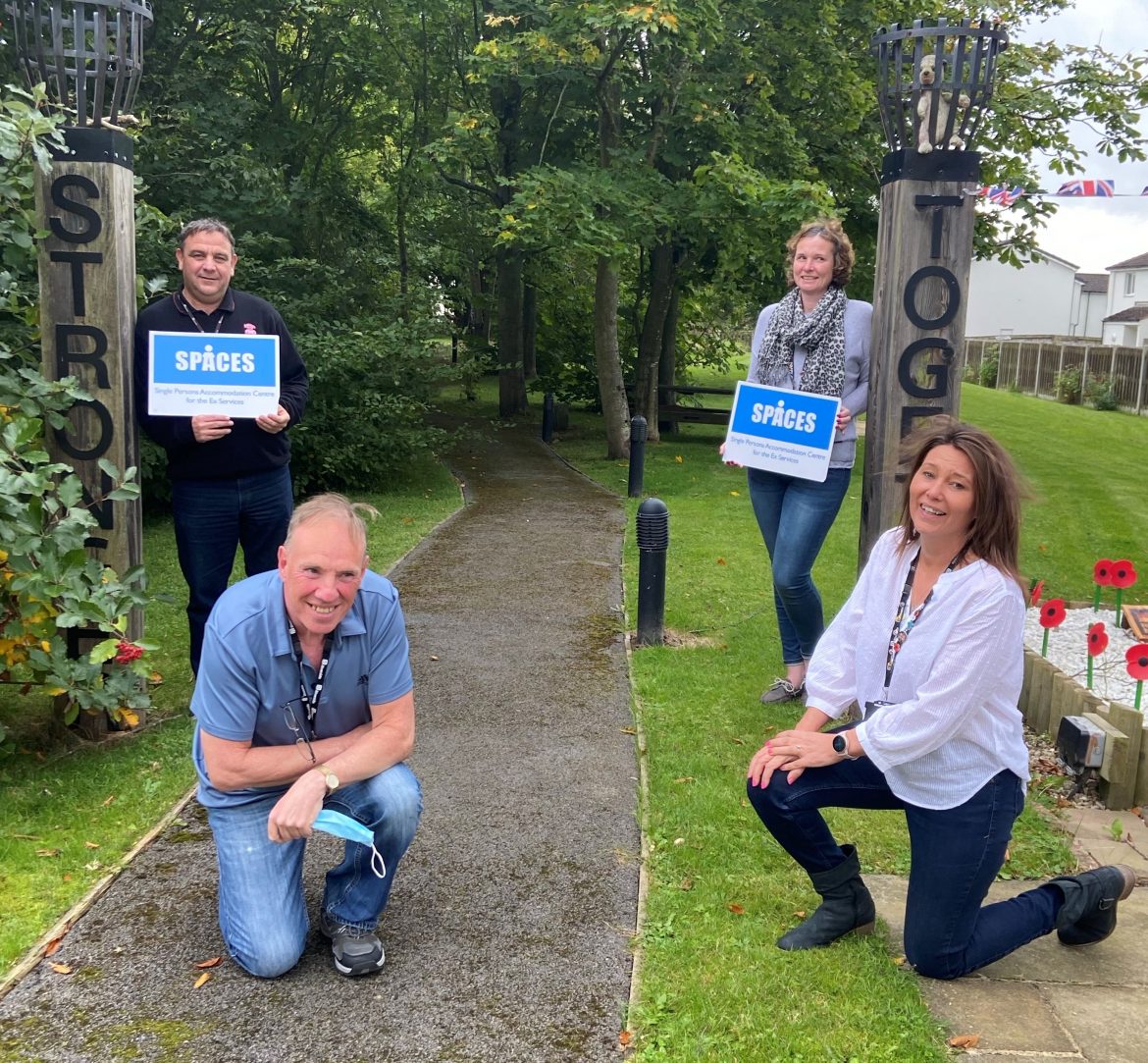 A national housing advice and placement service for veterans has celebrated its 20th anniversary by helping 20,000 veterans into accommodation.

The ultimate aim of the scheme, run by charitable housing association Riverside, is to prevent ex-service personnel from becoming homeless or rough sleeping.

The service works closely with the Ministry of Defence’s Joint Service Housing Advice Office, proving support to armed forces personnel for up to 12 months prior to discharge.

Riverside’s Sheryl Bartliff, who manages the service, said: “We are pleased to be celebrating 20 years of helping people who have served in the Armed Forces so they don’t end up homeless when they leave.

“It’s a fantastic milestone of helping more than 20,000 veterans and highlights the importance of having this service available, as we work with a network of partner organisations to refer customers to accommodation across the country.

“Some of our team at SPACES are veterans themselves so understand that leaving the structured life of the military is a big change and can leave them susceptible to homelessness.”

SPACES is based at The Beacon in North Yorkshire and has a subsidiary office at the Military Corrective Training Centre (MCTC) in Colchester where it helps personnel discharged from the MCTC to access accommodation and deal with housing issues.

Residents receive support on their health and wellbeing, including complex mental health, as well as employment and training and help to resettle back in to civilian life.

“Many who join the military enlist after leaving school so don’t know how to secure rented accommodation, budget their finances or set up home, so our supported accommodation services provide help and advice as part of their support package,” explained Bartliff.

Philippa Tomlinson, from the SPACES team, added: “Being able to support a homeless veteran, possibly at the lowest point in their lives and find them suitable accommodation gives us a sense of immense achievement and pride.”

The service supported Danny Mclaughan, who said: “SPACES helped me when my relationship broke down and I was homeless – they rang me back the same day to do an assessment, then I was referred to The Beacon and I moved in the next day.

“Without SPACES, I would be rough sleeping on the streets, possibly on drugs and with the wrong social group.

“Now I have a self-contained flat and getting support from Military and NHS services to help with my mental health.

“I feel I’m on a better road already, but I’ve a long way to go. I just want to say thank you.”