Home Features What we learnt from the BBC’s Manctopia

What we learnt from the BBC’s Manctopia 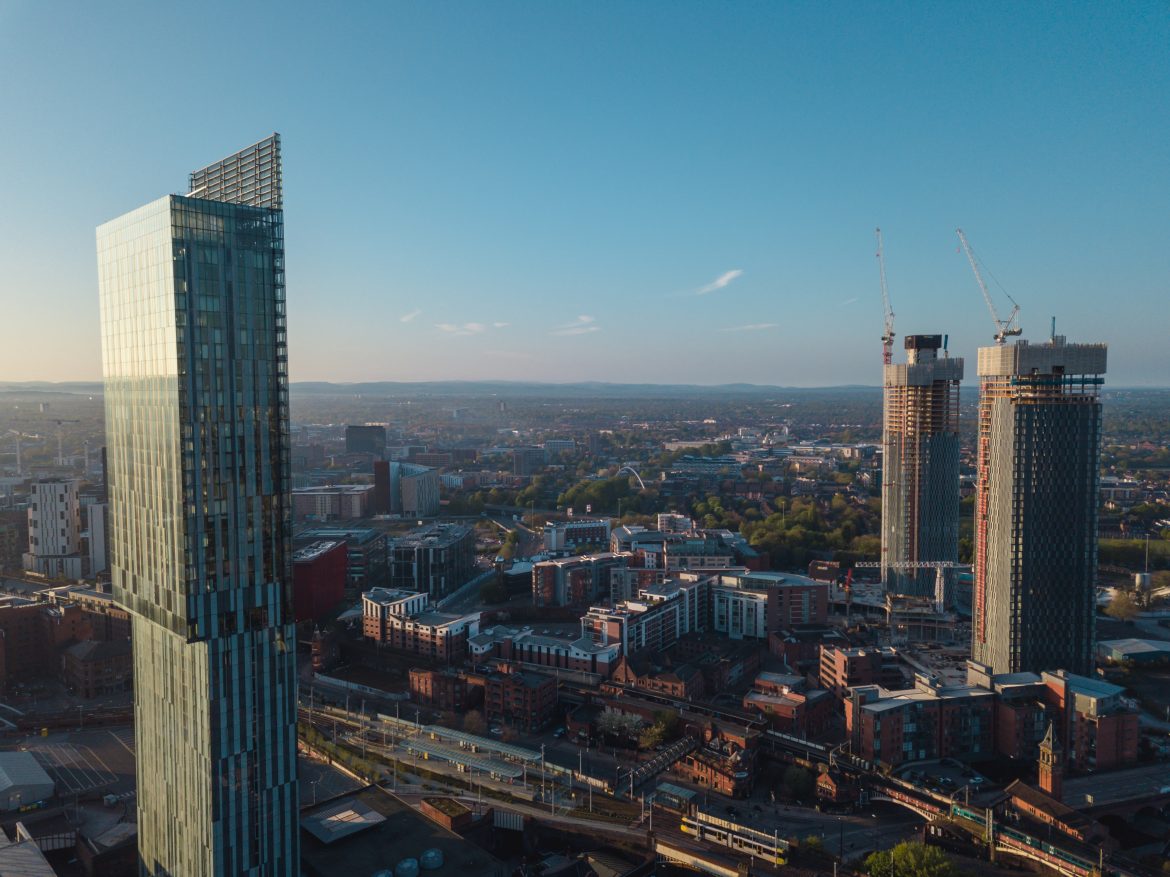 So the BBC’s short-run series on the Manchester property boom has come to an end. Filmed over the space of a year, just before COVID-19 became an unavoidable topic of conversation, ‘Manctopia: Billion Pound Property Boom’ charted the rise and rise of a city in transition.

You need only glimpse the footage to see the documentary was filmed pre-COVID, and while life in Manchester (and everywhere else) has irrevocably altered since, many of the programme’s stark revelations still ring true.

Here’s what we learnt about Manchester from Manctopia: Billion Pound Property Boom.

Between 2015 and 2019, overseas investors ploughed around £2bn into the Manchester commercial property sector. The dozens of cranes we now see perched atop the skyline are a direct result of that booming interest.

But as we see from one of the series’ earlier episodes, some of the properties being snapped up are not even occupied. As estate agent Jennie Platt shows a young couple round the kitchen of one of the city’s newer high-rise apartments – which boasts an £8,000pcm pricetag – she remarks that they would be the first to actually use the hob, even though the apartment has already had two separate owners. The couple laugh in bemusement.

But it’s not just overseas investors who are eager to make a buck or two. One of the people looking to capitalise on the city’s new-found interest is born-and-bred property developer Tim Heatley, who’s building around 1,000 apartments across Manchester.

Tim features in every episode of Manctopia, and when we first meet him he’s bemoaning the used condoms and needles lying around in the city’s red-light district.

It’s just one of a number of sites Tim plans to redevelop in and around Manchester – a commitment that’s costing his business, Capital & Centric, £2m per week.

When we last see Tim, he’s just sold seven of his new homes in one day, and he’s eyeing up his next project: a brownfield site in the city’s suburbs.

“It’s definitely the right thing to do,” he says, walking off into a grey sunset.

The population is booming – and so might be homelessness

While it’s not guaranteed that property developers like Tim will make a return on their investment, the odds are very much in their favour.

Manchester is a boomtown where the number of people living in the city centre is expected to double over the next five years – from around 65,000 currently to 130,000. West Tower architect Ian Simpson likens it to “a mini New York”.

But not everyone welcomes the city’s runaway growth. As one homeless person remarks in the opening credits: “Eventually there’s going to be no Mancunians in Manchester – it’s just going to be Starbucks central.”

The man is just one of Manchester’s many homeless people. At the time of filming, there were more than 5,000 people officially recognised as homeless in the Greater Manchester area. And that includes around 250 people sleeping on the streets of the city centre. (These figures have fallen since filming.)

In the first episode, we meet the owner of a night shelter in Salford who reveals that the women sleep in the same room as the men, as they “just haven’t got the space for separate dormitories”.

“We’re always at capacity,” he says.

There is a lack of housing

Part of the problem is housing supply – or more specifically, the supply of homes that people on lower incomes can afford to live in.

As Manctopia repeatedly highlights, there are plenty of middle-income and up-market properties being developed. Ian Simpson alone – whose monolithic West Tower boasts apartments valued at £8,500pcm – has been commissioned to design around 25 apartment buildings in and around Manchester over the coming years.

At the time of filming, there were 105 apartment buildings planned across the city.

But for the likes of Salford native Christina Hughes, finding a home to rent has become a living nightmare. In the first episode, we learn that Christina and her two young children are facing eviction from a flat she has been renting for years in an area she has lived all her life – despite never missing a payment.

“It’s just well out of reach – I’m being forced out,” she says, as average rents in the Manchester region rise by 40%.

“It’s become so desirable that the likes of me and many others are going to struggle.”

Christina is forced onto Salford Home Search, where prospective tenants can bid on homes. Each property gets an average of 51 bids each week.

At the time of filming, 97,000 are stuck on waiting lists for accommodation across the Manchester area – despite around 14,000 buildings lying empty.

The picture emerging of modern-day Manchester is one of many hues. While the initial episode tells a tale of two cities, one for the haves and another for the have-nots; by the end of the series it becomes clear that the story is a complicated one.

Anne Worthington – who is campaigning to save her own Collyhurst estate in light of proposals for the new Northern Gateway development – is perhaps the physical embodiment of this troubled dichotomy.

In one Manctopia episode, we see her interrupting a student giving a street lecture in front of a newly developed area in the city centre. He is denouncing the perceived perils brought about by international investment.

“Someone had to do something,” chimes Annie. “You can’t have all this but then say we don’t like where the money has come from…no one else was going to put the money in it.”

She adds: “I know you don’t agree with me…I think it’s brilliant.”

The end of the Manctopia series sees Anne talk with the elderly and frail father of fellow campaigner Donna Liley, both of whom also live on the Collyhurst estate. “I don’t want to leave,” says Donna’s dad, Johnny, who’s rendered immobile and dependent on oxygen from various lung diseases.

There’s some good news at the end of the series, as Donna visits her father again to read out the verdict on whether or not they will have to vacate their home in Collyhurst South. He smiles as she reveals the demolition “won’t happen imminently”.

But the moment is bittersweet: Johnny passes away shortly after.

Donna consoles herself with knowing that her father was able to die in the same home he had lived in for the last 40 years.

Vociferous campaigner Anne Worthington was a hit with viewers.

Though some viewers appreciated what Tim was doing in the area.

Others couldn’t believe the rapid pace of change happening in Manchester.

And a few found the Manctopia series quite amusing…