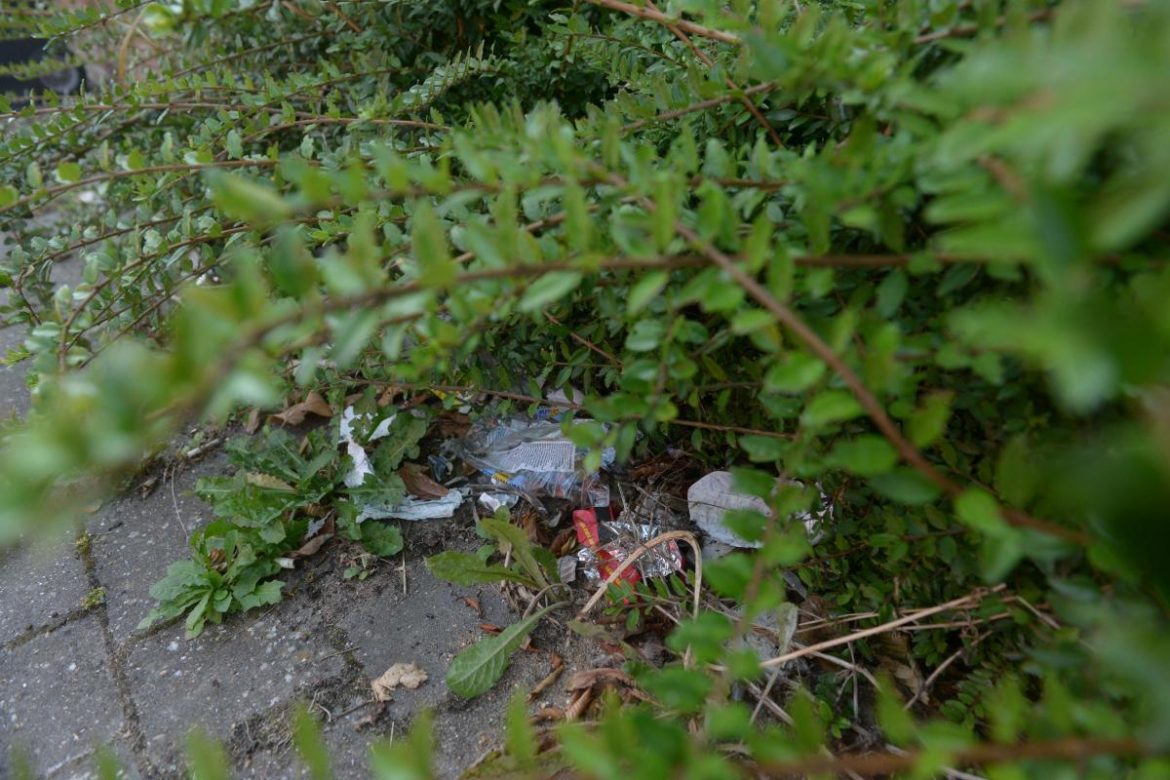 Campaigners in Trowbridge, Wiltshire, say housing provider GreenSquare’s maintenance of open spaces is not at the level it should be.

They say litter on the Castle Mead estate is not being removed and grassy areas are not being weeded.

One of the campaigners, Wendy Evans, a retired teacher, said: “We just want a fair deal. I fully support Castle Mead residents’ objections as we too understand the frustration of being denied a fair go.

“We, too, have become increasingly aware that work done is at a bare minimum, leaving many disgruntled by the shabbiness of the central garden and surrounds.

“The lawn is cut regularly during the summer, however litter pickup, weeding and plant management is virtually absent.”

Evans said 79 residents in the Union Street area are paying a total of £12,000 a year in fees for what amounts to a poor service.

“I have planted and weeded much of the central garden at my own expense to improve our small community,” she said.

“The residents have been most appreciative and fully realise this should really be done by the maintenance team through GreenSquare.

“Very sadly, I designated a discreet, safe little area to allocate to our local children to enjoy the outdoors, supplying a small mud kitchen and pirate boat sandpit. One little girl stated ‘this is the best day of my life’ when she saw them.

“Unfortunately, I have been instructed to remove the equipment due to a handful of residents complaining about it. So much for encouraging our kids to play happily in what is supposed to be a community space for them too.”

Andrew Rossiter, estates services manager at GreenSquare, responded: “We have not been made aware of any issues with littering in this area.

“Our team works hard to maintain the public open spaces around Union Street.

“This includes collecting any litter found when we carry out regular grass cutting.”

Concerns have also been raised about Greensquare’s proposed merger with Accord Housing Association.

Greensquare’s chief executive has denied that hundreds of Westlea Housing Association tenants, whose homes are managed by Greensquare, could be affected by the proposed merger with Accord.

One, who contacted Wiltshire Times, said: “Many of the new tenants don’t have secure tenancies, whereas many of the older tenants do. If they have a different landlord, they may be asked to sign a different tenancy agreement.”

Ruth Cooke, GreenSquare’s chief executive, said: “I would like to personally put customers’ minds at ease, that if this merger were to go ahead, it would not have any effect on customers’ tenancies or leases.

“All their legal rights and the terms of their agreements with us would not change. They will not have to sign a new tenancy agreement and the changes will not affect their rent or service charge or how they pay.

“For tenants and shared owners living in Wiltshire with Westlea as their landlord, there would be no change of landlord.

“Westlea would continue to exist as a separate organisation but under the umbrella of the new combined organisation rather than GreenSquare. Again, all tenancies and leases will remain unchanged.

“Customers will continue to be supported by local housing officers, and other staff they know and recognise, working locally in the area they live in.

“We believe this merger of equals would create a stronger and more resilient organisation. We believe we could do more together – and do it better – than on our own.”

GreenSquare is asking tenants and Westlea shareholders for their input on the proposed merger and has scheduled meeting for September.

Read next: Residents urged to give views on proposed housing association merger