80% of dementia sufferers who live alone completely isolated since lockdown 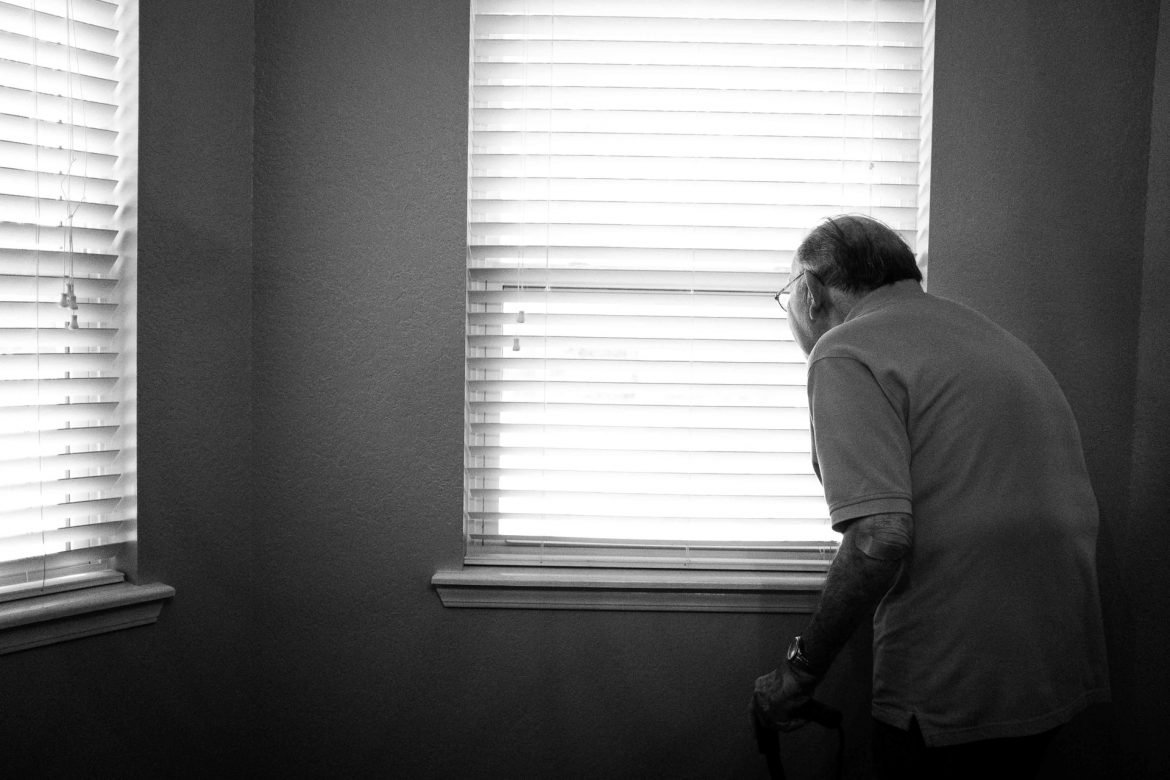 Eight in 10 people living alone with dementia have seen no family or friends since March, research has found.

The largest ever survey by the Alzheimer’s Society reveals that about 80% (96,000) of those who live alone with the condition have been completely isolated since the COVID-19 lockdown began in March, while tens of thousands more regularly spend up to a week without having a single in-depth conversation.

A third of the 1,831-people survey found that a third of those living with the condition feel like “giving up”.

Kate Lee, chief executive at the Alzheimer’s Society, said: “As lockdown begins to lift and the true extent of its knock-on effect to the health and wellbeing of people with dementia becomes evident, we’ve heard from people up and down the UK who are scared, lonely and struggling to cope.

“Thousands of people with dementia, worst hit by the virus, have tragically died. Additionally, the dreadful deterioration of their mental health risks scarring thousands more in the long term.”

Chris Maddocks, who lives with dementia, said: “My mental health and state of mind has taken a hit because of coronavirus, and I know I’m not alone.

“I have been much more depressed and anxious. You can never underestimate the power of social contact and being around loved ones, particularly for people living with dementia.

“I hit a down point. It’s like a bereavement because it happened so quickly and I felt like there were no alternatives. You’re left without a routine and stuck in limbo.

“I can’t help but feel hopeless and helpless as I look to the future.”

More than a third of people living with dementia who answered the survey said that, despite the easing of lockdown restrictions, they didn’t feel comfortable leaving their home.

Lee said the neglect of the social-care sector during coronavirus has significantly affected people with dementia. 70% of people in care homes and 60% of those reliant on home care have dementia.

“Previous surveys have found that over a quarter of those who have died with coronavirus had dementia, making it the most common pre-existing condition for deaths.

“Aside from coronavirus, ‘unexplained excess’ deaths from dementia were 83% higher in England in April and 54% higher in Wales, with nearly 10,000 deaths in total.”

Lee continued: “The evidence is clear between loneliness or depression and premature death, and we know that around half of those living with dementia are struggling to cope in the current crisis with over three-quarters feeling more lonely or isolated than before.”

Commenting on the findings, Age UK’s charity director Caroline Abrahams said: “This new research confirms our worst fears about the catastrophic psychological impact of lockdown on many older people living with dementia – huge collateral damage from this terrible pandemic.

“This survey is also a reminder of the importance of ensuring those living alone with dementia in their own homes are not forgotten too.”

The number of those living with dementia in the UK is expected to rise to 1.6m by 2040.