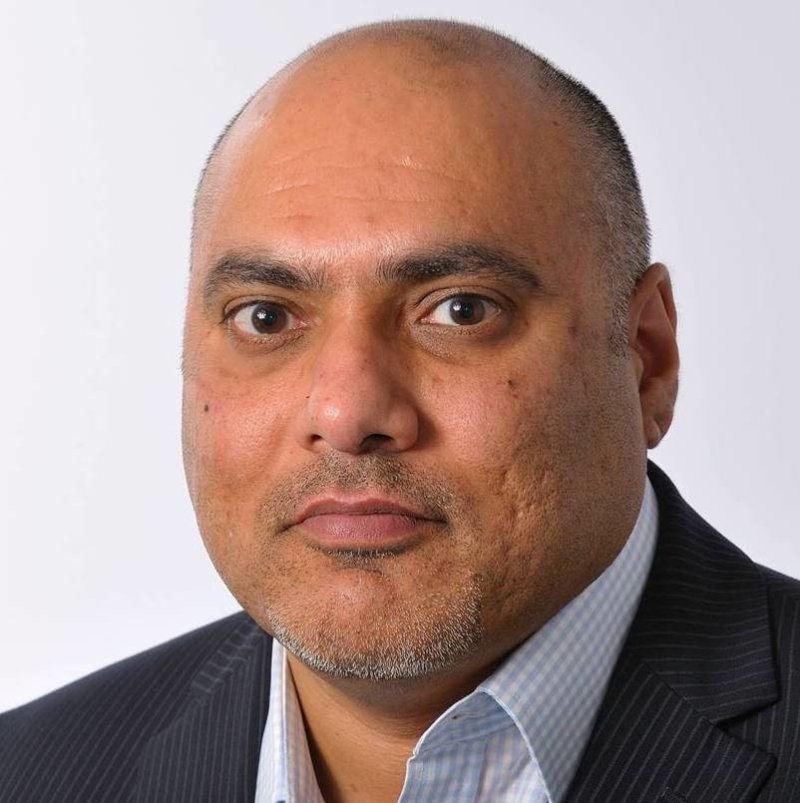 What a pivotal year 2020 has been for shining a spotlight on discrimination and provoking discussion around equality, inclusivity, and diversity.

Seismic events such as the tragic killing of George Floyd and resurgent movements such as Black Lives Matter and LGBTQ+ have all come to the fore – and the housing sector has taken notice.

Housing Digital has teamed up with the Chartered Institute of Housing (CIH) for a series of monthly #housingdiversitystories with sector leaders from a range of backgrounds.

In this instalment, we talk with Mushtaq Khan, chief executive of the Housing Diversity Network (HDN), about his path into housing, those who inspired him, and the need to keep Diversity at the top of the agenda…

HD: Could you tell us a bit about you and your career in housing?

I just stuck with it as a career…and since then I have worked with local authorities and with housing associations and sometimes working for myself as a consultant. Once you get into it it’s really hard to get out of it as a career.

It’s really good to be helping people I think. There are multiple housing crises that go on at the moment. They’re very different in different parts of the country, and it’s really important that housing plays a central role in people’s lives. To try and enable that has been a good career for me.

HD: Would you say you’ve always worked in an inclusive environment?

MK: I think so, yeah. Sometimes, you look back and you wonder about the behaviour of people, because in the eighties and nineties, very different types of behaviour was acceptable.

…Inequalities that existed in society have come to the fore in that we know people from a minority background, for example, are being far greater affected by the virus than others. We know if you’re older, if you’ve got health conditions, you’re far more likely to be affected by it.

And then we had Black Lives Matter, which highlighted inequalities and systemic racism in institutions. And I still recall the Stephen Lawrence inquiry in 1998, which said that the police force was institutionally racist. And has that changed? Do organisations still behave like that? I think that’s another thing that has come out into the open.

HD: What have been the biggest challenges you have faced in your career?

MK: Well, looking at it from a strategic point of view, the biggest challenge has been making housing a political issue. Our economy is built on homeownership, on consumption, on house prices increasing, and we never kept up to date with demand.

Much of the housing stock has been in existence for over 100 years, certainly in the North where you’ve got a lot of obsolete unsuitable housing still being occupied, and I think there’s been a distinct lack of a focus on, a private-rented sector that is cheap, that is affordable, that is of good quality, and then of social housing that is affordable and available to a lot of people. I think that’s been the biggest challenge across the sector.

Although, it’s getting a bit more traction now because middle-class people find out that their kids can’t afford to buy a house, so they get more interested in it. But over my career, housing has not been the issue that it has deserved to be.

But then again, maybe things have changed because the COVID-19 crisis has shown how important having a really decent home has been to people, where they can isolate, where they can have a bit of fresh air if they’ve got a garden, where people aren’t overcrowded. It’s just a major health issue is having a decent, affordable house. And those communities that have been most affected by the crisis are people who are poor, who live in the poorest quality accommodation.

[Personally] I’m not sure I’ve faced any…

MK: I think all the managers I’ve worked for I’ve learnt something off. From directors assistants, directors, chief execs, they’ve all been really good, and they have been inspirational in their own way. So I’ve really enjoyed working for them. I think you pick things up from everybody.

HD: With 2020 proving a pivotal year for diversity, how has that impacted on you personally and your views on EDI issues?

MK: I just think it’s brought out my views and the organisation’s views more. I think people are thinking more in line with what we’ve been saying for years…

HD: Do you think the housing sector and wider society is becoming more inclusive?

MK: Bit early to tell. There’s been a lot of gestures, hasn’t there. People have been tweeting, and the week after George Floyd’s killing there were a load of organisations that were tweeting Black Lives Matter and all that sort of stuff. It’s just whether words have turned into action.

In the work that we do in the network, we have had more enquiries around helping people, around training, around developing their equality and diversity strategy, speaking with board and exec teams, etc. So we’ve seen an uptick in interest. It’s just whether that is carried out.

HD: Do you think that people sometimes don’t realise they are perpetuating discrimination and that their behaviour can be part of the problem?

MK: Yeah, of course. That systemic racism, a lot of that is done unconsciously. People do things without thinking about it.

We’ve been setting up a programme which works with people from black and minority backgrounds just to navigate the complexities of the workplace and the microaggressions that they might face. People say things without thinking, whereas other people might be deeply upset by what they’ve said. So I think that there is some work for us to do there.

HD: What questions should people be asking themselves to ensure we’re creating an inclusive environment in our personal lives and in the workplace?

…I think you need to look at workplace development. Whether you have got succession plans in place, whether you are training people, whether there are graduate schemes, etc., in your organisation to fast-track people into managerial positions.

HD: What are the aims and objectives of HDN’s Staff Mentoring Programme, and what does it ultimately hope to achieve?

MK: So, we know that one of the things that prevents people getting on in the workplace is having a mentor and a network. And the Staff Mentoring Programme is about people enrolled in the organisation who want to progress in their careers. We find an external mentor for them, and they have some workshops as well, and they develop themselves over a 12-month programme.

We’ve had about 2,000 people going through the programme. We’re just doing some analysis on where those people have ended up, and certainly the people that I have mentored through the mentoring programme have been women who have first-line supervisory roles but still lack confidence in themselves in presenting themselves, in doing presentations, in speaking to groups of people, and in knowing what’s happening outside their organisation.

“Do you understand the communities that you serve, or are you just there to build new homes that are probably unaffordable for the local community?”

Because their mentor is external, they get a feel for how other organisations work as well, which I think is the most important thing because quite often people can get very insular, go to work, nine-to-five, come home, and do something else. It’s really about broadening people’s horizons and giving them the skills and the techniques so that they can progress in their careers.

HD: What are the main focuses of HDN for the rest of the year and into 2021? Has COVID-19 changed your priorities?

MK: Like everybody else, we wrote a business plan in February and then rewrote it in August, saying, a lot of what we were going to do we’ve had to throw out the window just because the world has changed around us.

I think we want to concentrate very much on leadership and boards – and we’ve got a really good board-diversity programme – because we know you can’t magic up diverse boards. You need to train people so that they are in a position where they are able to apply for board member positions.

We’ve got a really good programme where we work with organisations to get a cohort of people who are potential board members and work with them for 12 months to enable them to apply for board member vacancies as and when they come up. So it’s not a guarantee of a board member position, but it’s like leveling the playing field.

That programme has been really successful in getting a more diverse cohort of people in a position to apply for boards. We know that most boards are retired people, finance directors, ex-local authority people. They are not a reflection of the community, and the Board Diversity Programme is about getting more black people, minority people on board, people with disability, and most importantly young people.

One of the people that we’ve recruited is a tech wizard who would never have thought of applying for a board member position, but to have somebody on the board now advising them on what’s happening in the tech sector and how to use different acts and cyber security, etc., is really important for an organisation. And you won’t get that with retired finance directors, who’ve got some great skill, but you’ve probably got three of them on the board.

HD: What does the 12-month training period for HDN’s leadership programme involve?

MK: So, you get your shadow boards, you learn what the housing sector is about, you learn about risk, about what the regulator does. You do some personal development, you get a coach who’s on another board who works with you about how boards work and how to read through the papers and how to ask questions. You know, really starting from the beginning.

So, if you like, you’re 30 years old and you know nothing about housing associations. After the 12-month period you’ve got to a stage where you’re able to hold your own and hopefully get through a board interview.

HD: What are the benefits of organisations improving their EDI?

MK: We know that it makes business sense for organisations to be diverse. And it’s not just diversity in terms of what you can see, it’s diversity of thought as well. McKinsey have done a couple of studies which say that the more diverse your organisation is, the better decision making you get in the private sector, the more financial return you get, and it’s all because you’ve got people from a diverse range of backgrounds coming together to make better decisions and to be closer to the community that you serve.

“We know that most boards are retired people, finance directors, ex-local authority people – they are not a reflection of the community”

You can have a crossover into the social housing sector as well, in that we know the more diverse you are, the better decision making, the closer to the community you are, and you reflect the areas that you work in. It can only be good for the organisation.

And there’s other things, like reputation is going to be higher, people are going to be more comfortable when they come into the organisation to speak to you…

Want to get involved in the #housingdiversitystories series? Get in touch: editor@housingdigital.co.uk